KLANG not only tops the list when it comes to seafood restaurants, it also has the highest number of abandoned housing projects.

“In Selangor, the total number of abandoned housing projects is 111 and it involves 15,010 units which do not have ‘rescue developers’,” said Rodziah.

Klang tops the list with 39 projects, Kuala Langat is second with 20 and Hulu Langat is third with 13.

The number of affected units for Klang is 4,392.

Rodziah said for now, these problematic projects were regulated and monitored by the abandoned project rehabilitation committees under Selangor Housing and Property Board (LPHS) and the local authorities.

She said under LPHS, the committee played a role in issuing letters to confirm projects that had been abandoned so that the buyers could deal with the banks for the purpose of loan restructuring.

“The two committees also make every effort to find developers willing to rescue the projects if restoration is viable.

“In addition, they hold discussions with all technical departments to speed up the recovery of projects at minimal additional cost without neglecting safety issues,” she elaborated. 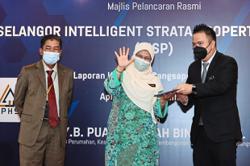