DBKL: Picnics, group sports forbidden in all KL parks that have reopened

PICNICS and group sports will not be allowed in all parks under the jurisdiction of Kuala Lumpur City Hall (DBKL) following their reopening on Monday (Aug 16).

A DBKL spokesman said only individual sporting activities would be allowed, such as jogging and cycling, and added that the situation at the parks will be closely monitored.

“All other standard operating procedures such as temperature checks and check-ins via the MySejahtera app will apply,” he said.

The parks – which have been closed for almost three months – will be open from 7am until 7.30pm.

Some of the parks that have opened include Taman Rimba Kiara, Taman Tasik Titiwangsa, Taman Botani Perdana and Taman Metropolitan Kepong.

This follows the announcement by Prime Minister Tan Sri Muhyiddin Yassin on Sunday (Aug 15) that people residing in states under Phase One of the National Recovery Plan (NRP) would be allowed to visit public recreational parks for leisure activities.

However, he said the public would only be allowed to visit public recreational parks in their neighbourhoods and could not cross states or districts to visit other parks. 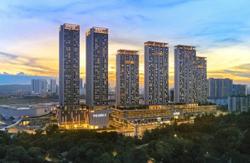