Ampang Jaya Municipal Council’s iComm MPAJ users will have access to other features later on.

AMPANG residents will now find it easier to keep track of and pay their assessment bills with a mobile app introduced by Ampang Jaya Municipal Council (MPAJ).

Ratepayers can utilise the app to pay their assessment as well as traffic compounds, if any.

MPAJ president Mohd Fauzi Mohd Yatim said the mobile app would help meet the need for more virtual services, which had become necessary because of movement restrictions during the Covid-19 pandemic.

“For the initial roll-out of the app, features for payment of assessment and traffic compounds will be activated.

“Later on, users will be able to use the app to pay non-traffic compounds as well as submit new applications and renewal of business premises, hawker licences and stall rentals.

“It may later also be used for Smart Ampang Tourism, Smart Economy and other features,” he said during a virtual launch.

MPAJ had previously announced that assessment billing would go fully digital, which meant that bills would no longer be posted to property owners.

Since last year, owners have had to check and pay their assessment tax via the council’s online portal, which was set up in 2013.

It was reported previously that the move was expected to save MPAJ some RM400,000 annually — the amount incurred for printing assessment bills.

“Our aim is to turn the iComm MPAJ app into a one-stop-centre for all council-related services, available right at people’s fingertips.

“It can also be utilised as a two-way communication interface between MPAJ and customers,” Fauzi said, adding that the service was one of its initiatives in moving towards a digital city by 2025.

Through the online services, MPAJ has collected RM40mil in tax for the first term between Jan 1 and June 30.

This was an increase of 17.53% compared to the same period last year.

“Despite the pandemic, we were able to increase the collection rate with various promotion methods.

“I have also asked all departments to review this year’s expenditure so that it is according to the set budget and avoid any wastage,” he said.

To ease ratepayers’ burden, MPAJ will allow them to pay their assessment in instalments until Dec 31 without being charged the RM20 penalty fee.

However, iOS users will have to wait a week before it is available on the App Store. 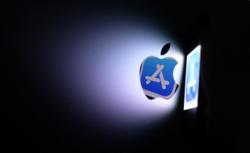