BURIAL grounds run by the Petaling Jaya City Council (MBPJ) will run out of space within the next three to five years if the number of dead being buried there remains high.

Prior to the Covid-19 pandemic, the Muslim burial grounds in Petaling Jaya, Selangor, received one to three corpses a day.

However, now there are 10 to 15 burials taking place almost on a daily basis.

More than 200 Covid-19 victims have been buried at Muslim burial grounds in the city.

Close to 80 Covid-19 victims have been buried in the newly opened burial ground in PJS4/19 since May.

The sudden increase in deaths due to the Covid-19 pandemic, especially since the emergence of the Delta variant, has caused an increase in demand for burial space.

To address this, MBPJ will embark on the third phase of expansion for burial ground in Kota Damansara and the second phase for the PJS4 site.

“The council will also be discussing with the land office to create another burial ground in Sungai Buloh.

It used to receive an average of two bodies but now sees four to six daily.

Sharipah Marhaini said more than 170 Covid-19 victims were cremated at the council’s crematorium since the pandemic began. 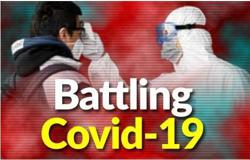