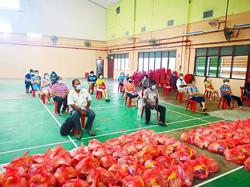 Fo Guang Shan Malaysia Southern Chapter volunteers preparing boxes of basic necessities before distributing them to the needy living at flats in Larkin, Tampoi and Perling.

COMPANIES and non-governmental organisations in Johor Baru have sprung into action to help the less fortunate by distributing food aid to get them through the Covid-19 pandemic.

Joland Group kicked off its corporate social responsibility campaign to distribute RM10,000 worth of essential food items to 200 needy households in the city.

“Our aim is to donate kits filled with essential foodstuff to needy households and individuals whose incomes have been affected by the pandemic.

“The items will go to 200 selected recipients who have pre-registered and are residing within a 10km radius from our mall in Jalan Tampoi.

“The food aid comprising rice, eggs, flour, dried and canned foodstuff and biscuits, among othes, will be distributed in stages,” he added. 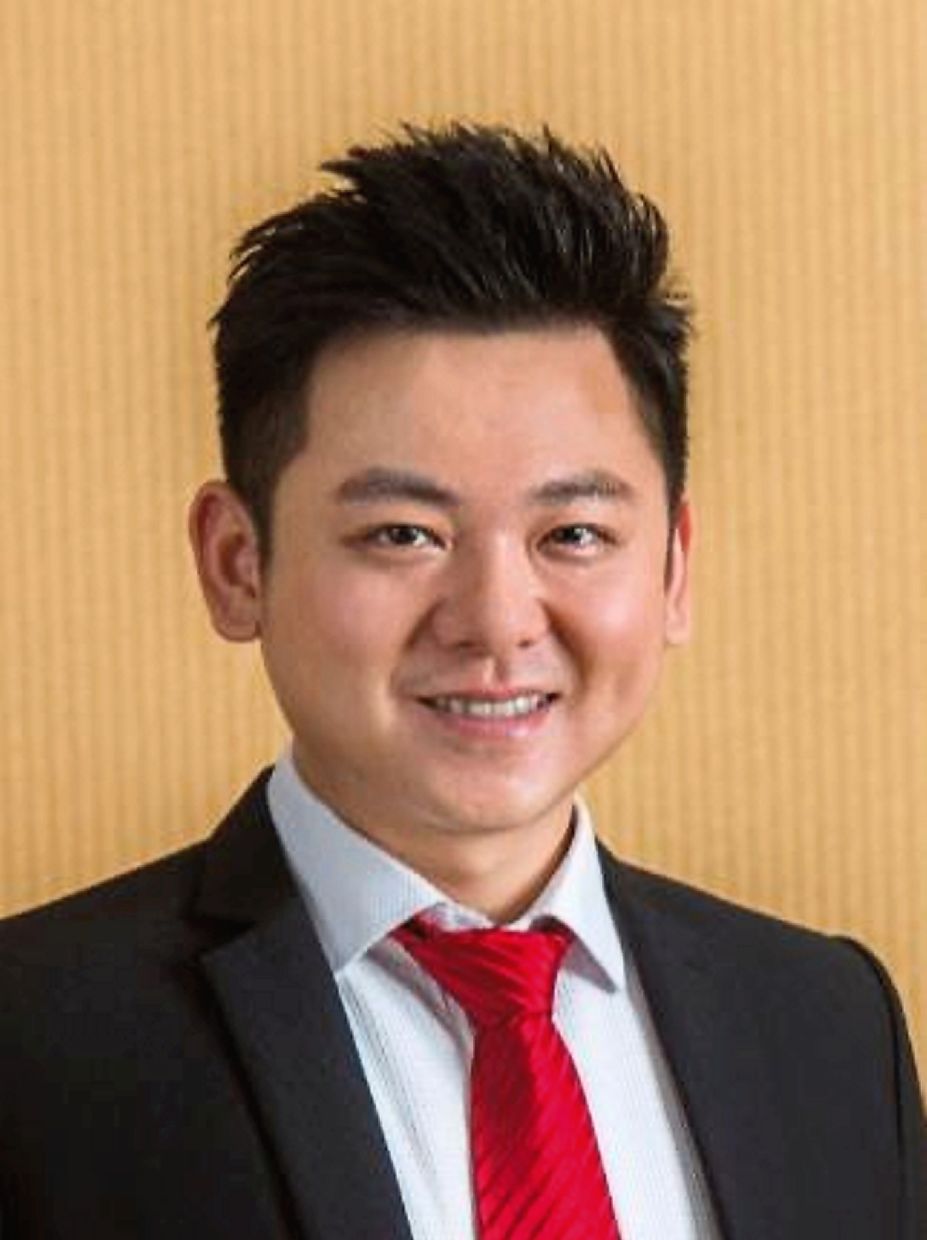 Tan said the recent movement control order had affected the income of many, making it a struggle to make ends meet.

“We were inspired by the White Flag movement and felt the need to reach out to those who need help.

“We received about 100 responses in just a few days when the pre-registration drive started.

“While this programme is carried out for a limited period, Paragon Market Place also started a food bank counter for the public to donate essential food items that will be delivered to the less privileged,” he said.

Tan hoped their contribution would help alleviate some of the needy’s burden.

“There is no denying that the construction industry, which we are a part of, has been hit hard.

“The construction at our upcoming project in Taman Suria was not allowed to be under Phase One of the National Recovery Plan, but we still make it a point to do our part for those in need,” he said.

Each recipient, including the disabled, orphans and those who are ill, he said, were given nearly 12kg worth of daily necessities.

“We received requests from the flats’ residents committees and set out to help them. A Paragon Market Place representative (left) distributing a food parcel to a resident at Kampung Melayu Majidee in Johor Baru.

“The items were distributed from house to house by volunteers from our association,” he said.

“We also made sure to adhere to strict standard operating procedures such as double-masking and pracitising social distancing to ensure the safety of the recipients and volunteers,” he added.

Meanwhile, Kulai MCA division deputy chief Chen Fan Chong advised the public who have put up a white flag in front of their house to take it down after receiving donations so that others could receive help.

Speaking from experience, he said some houses in the Kelapa Sawit area had received back-to-back contributions from three groups of donors yet they were still unwilling to take down their flags.

“Recently, we helped some needy households in Taman Warisan and noticed that a row of 10 houses had all hoisted white flags in front of their homes.

“I was informed that other than MCA, two other organisations had distributed items to the homes a day earlier,” he said.

Chen said he understood that displaying the flag was a way to reach out for help, especially by those whose were financially affected by the pandemic, but it should be done sparingly.

“Generally, those who have received donations would take down their white flag so that donors and organisations can help other families in need of assistance, instead of sending items to the same houses repeatedly,” he added. 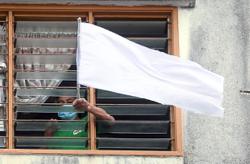