A pothole-ridden road that leads to the parking area and residential blocks at Taman Sri Sentosa Fasa 1F.

RESIDENTS of a low-cost housing area in Jalan Kelang Lama are seeking help to have the surroundings of their units cleaned up and maintained after over a year of neglect.

Clogged drains, overgrown weeds and pothole-ridden roads are just some of their complaints since the former building management of Taman Sri Sentosa Fasa 1F had left after completing their contract last year, said a resident K. Baradhan.

“A new management company took over the area at the start of this year, but has yet to carry out any maintenance since its appointment by Kuala Lumpur City Hall (DBKL) last December,” he said.

He added that the company – AJC Estate Agency Gombak – issued invoices after taking over as the building manager but had yet to start any work or repairs.

“The previous management also failed to carry out proper maintenance despite collecting fees from the residents for years,” he added.

Baradhan said that some of the potholes were so bad that he took the initiative to cover them.

“Some of the residents are worried to use the playground and badminton court because they fear there may be snakes lurking in the surrounding undergrowth,” he shared.

Another resident who wanted to be known as Tammu said the clogged drains also caused flooding in the area each time there was a downpour. 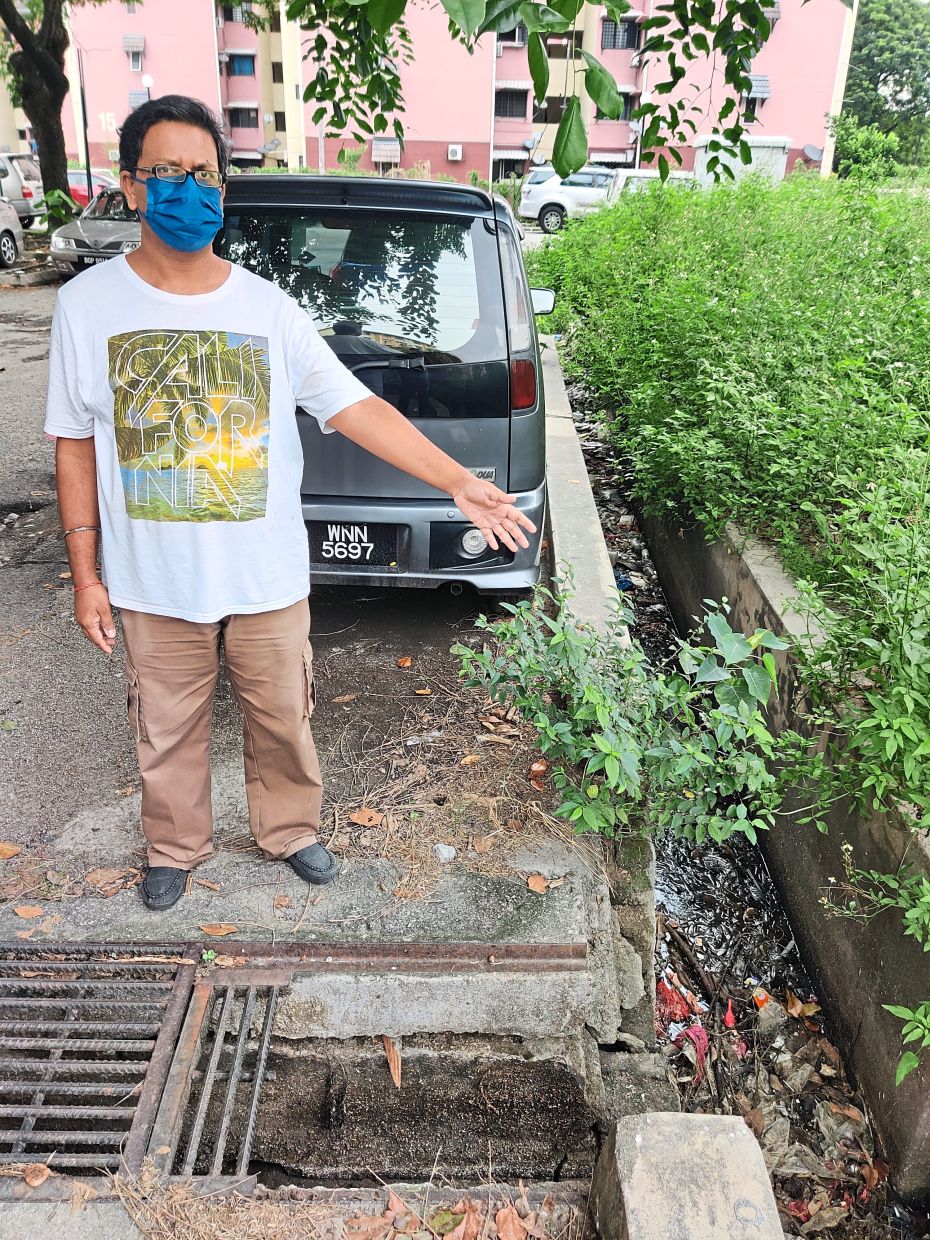 Baradhan pointing out the broken grilles and clogged drains.

“There have been many cases of dengue and almost every month as we have seen the authorities fumigating the area.

“All we want is for the local authorities to come down and monitor the condition of our surroundings,” added Tammu.

Among the other problems faced were abandoned vehicles, damaged dumpsters, illegally erected fences, and cases of residents converting rubbish collection sheds into their personal parking bays.

“With no proper management, people are doing just anything they want,” said Baradhan.

When contacted, AJC Estate Agency Gombak building executive Ummu Armani Sharifuddin said that the collection from residents of Fasa 1F only amounted to slightly over RM1,000 and that residents had earlier requested the RM50 monthly payment to be reduced.

“We just received the letter from DBKL to say that the new rates are now RM45 and we will inform them soon.”

She said the management was not able to carry out maintenance work at the area as it had not been able to hire contractors without an adequate budget.

While Baradhan said some RM5,000 was available in the account under the previous management, Ummu Armani said the management was discussing with the bank to get access to the money

“We have to do things according to procedure because right now, we are not the owners of the account,” she added.