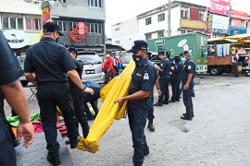 SEVEN individuals in Selayang were fined RM1,000 each after they were caught on camera throwing rubbish at an undesignated area in Taman Sri Gombak.

“The issue of garbage overflow in this market has dragged on for almost two years as the disposal area built for the use of market traders are used by irresponsible individuals to dispose of their rubbish, causing hygiene issues in the surrounding area.

“On July 23, compound notices were sent to the offenders’ residences by checking the vehicle registration number in the i-Sikap application that was obtained from closed-circuit television (CCTV) cameras installed in the area,” said Mohamad Zin.

He added that since January, 34 compounds were issued to offenders for dumping rubbish illegally based on CCTV monitoring at several hotspot areas within the municipality.

“MPS would like to remind residents to dispose of their domestic waste in their residential rubbish bins and be aware of garbage collection schedules in their neighbourhoods. 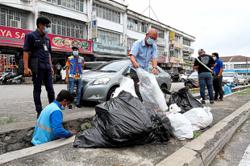