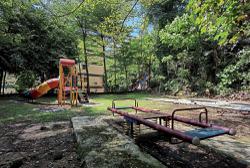 Taman Hock Ann has been placed under enhanced MCO but some are worried nearby Kampung Thambipillay may be affected as well.

Everything is under control at Taman Hock Ann, a residential area located along the fourth mile of Jalan Kelang Lama, which has been put under enhanced movement control order from yesterday until Aug 7.

But there are worries over the health status of residents in Kampung Thambipillay that is located opposite this neighbourhood.

Expressing concern for the safety of the surrounding community, Chin hoped that due attention would also be given by authorities to ensure that swab tests are also carried out for residents in Kampung Thambipillay at the same time as Taman Hock Ann.

On what will be the next course of action to ensure the safety and health of the residents here and the surrounding community, Alice Lan, who is aide to Seputeh MP Teresa Kok, said they were still awaiting an update from Health Ministry.

On her social media page, Kok said her service centre would work with authorities to extend assistance to affected residents.

She also addressed concerns that close contacts and positive cases from Taman Hock Ann might have spread the virus unknowingly to nearby Kampung Thambipillay.

She also said Jalan Kelang Lama market would be closed for a week for sanitisation starting today as many of the residents in both Kampung Thambipillay and Taman Hock Ann worked there.

On claims that some Taman Hock Ann residents had escaped by swimming across Sungai Kerayong upon hearing that the area would be put under enhanced MCO, residents association secretary Tilakeswari Subramaniam said this was not true.

“Some residents were actually at work while the place was being cordoned off.

“When they came back, those who were allowed in were not allowed to leave their homes.

“However, one individual, who was working in the security line, was asked to stay away from the area for 14 days after testing negative,” said Tilakeswari.

Azian Mohd Nor, 46, a grocery shopowner whose Bangladeshi worker is a resident of Taman Hock Ann, said though he would have to shutter his business for the next 14 days and suffer a loss of RM5,000 daily, he understood that the move was to control the spread of the disease.

“I hope that the Health Ministry will do a total sweep of the area by going from house to house to conduct swab tests,” he said. 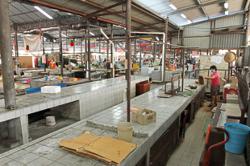