Mariammah relied on donated food for some time until kind individuals helped her replace her gas cylinder, so she can now cook her meals.

GENEROUS donations from the public are a lifeline for those who have lost their source of income during this Covid-19 pandemic.

A family of four living near Jalan Tun Abdul Rahman in Johor Baru have been relying on public donations to keep them going.

Amzun Mat Yaman, 45, said food has been scarce after losing his job as a cleaner in Singapore, when the border closed.

“Initially, we had some savings to get by as I worked in Singapore for more than nine years.

“But when the border remained closed and I could not get a job despite my attempts, it became increasingly difficult to put food on the table.

“I need to be careful how I spend the money I have left, especially because my wife just gave birth to our second child about a month and a half ago,” he said, adding that his first child was seven years old.

The family gets food from various groups that have reached out to them.

“I am not sure who they are. I am not even sure if they are from the government, non-governmental organisation (NGOs) or individuals.

“All I know is that they have given me and my family enough to go by. For that, I will forever be grateful,” Amzun added.

Asked if he had ever put up the white flag, Amzun said he had yet to do so as they received adequate assistance.

“For now, we still have food at home.

“I know a lot of other people are also suffering and desperately need help. I think they should be given assistance first,” he added.

Also dependant on the public’s kindness to survive is 72-year-old Oh Ah Seng, who lives alone after his wife died a few years ago.

“I used to do all kinds of odd jobs but as I get older, I have to slow down as I tire easily.

“I also cannot afford to fall sick as there is no one to take care of me if I am bedridden.

“Thankfully, there are many kind people who are willing to provide assistance during the pandemic.

“Currently, I depend on my savings and donations to survive,” he said.

P. Mariammah, 63, who lost her job as a kitchen helper in Johor Baru during the movement control order, has been relying on free food from the Dataran Tun Sri Lanang distribution centre for several months.

“I do not suffer from any serious illness but with age, my legs have gotten weaker and it is difficult for me to walk all the way to town.

“My neighbours have been kind enough to collect food for me daily.

“I used to cook my meals but I ran out of gas for the past three months and could not cook.

“However, I have been able to get a new gas cylinder after receiving some money,” she said.

With gas and donated groceries available to her, Mariammah said she could cook her meals again.

“I have been living in Johor for more than 10 years and used to travel daily to work in Singapore as a contractor.

“However, I lost my job and could not find another one when the border to Singapore closed.

“I cannot cook at my rented room and so I rely on free food,” he said, adding that he walks 20 minutes every day to get his meal.

Apmdi added that although he had a motorcycle, it was not in working condition.

“I barely have enough to pay my rent, let alone fix my motorcycle.

“I have not paid my rent for about two months now and I am constantly worried about being evicted,” he said, adding that the rent was RM300 a month. 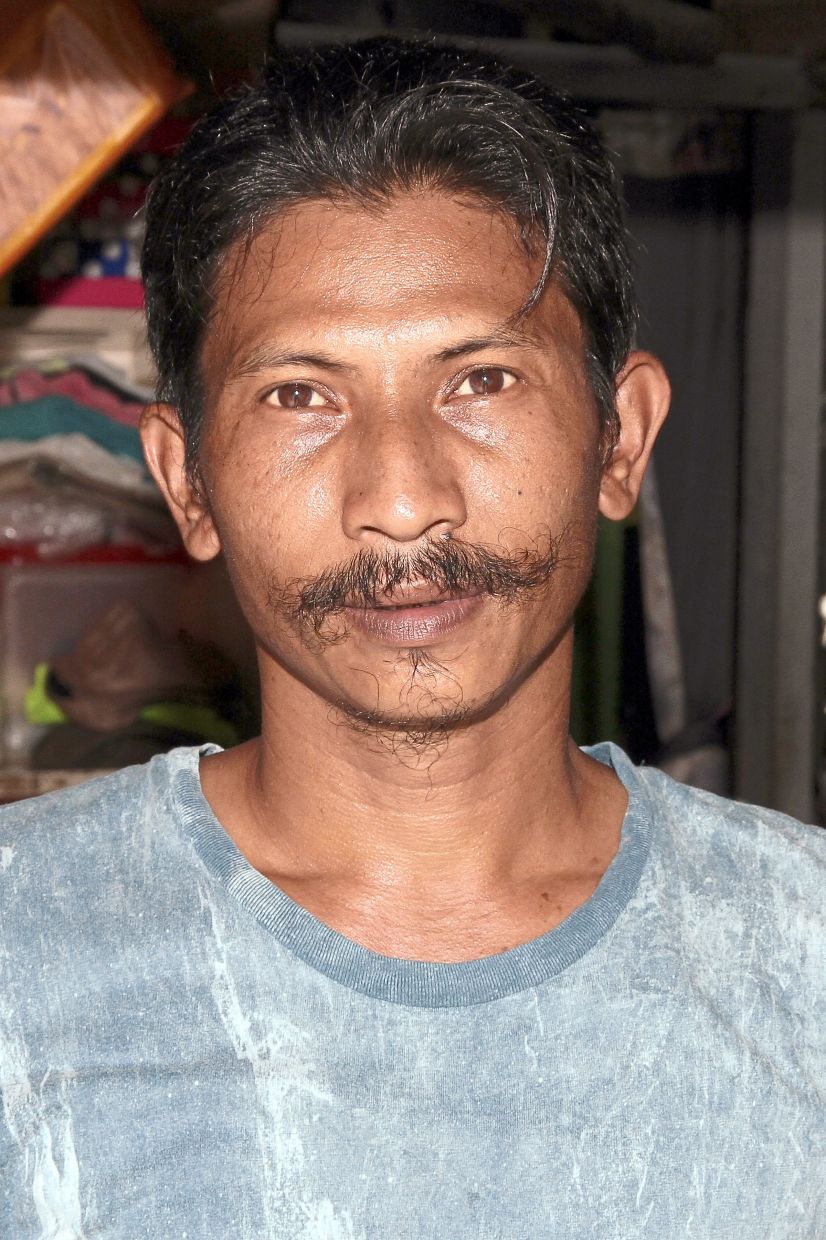 Mariammah relied on donated food for some time until kind individuals helped her replace her gas cylinder, so she can now cook her meals.

Apmdi gets his meals from the food distribution centre at Dataran Tun Sri Lanang.

Amzun says it is difficult to feed his family after losing his job as a cleaner in Singapore.