Sheikh Zulkifli urges tourism ministry to develop domestic travel passes for those who are fully vaccinated so they can travel into green zones.

MERSING Tourism Association (MTA) will send a proposal to Tourism, Arts and Culture Ministry for the district to be part of the tourism green bubbles destination plan.

MTA chairman Sheikh Zulkifli Sheikh Abdul Rahim said it was unfair for Mersing to be left out as it was also a popular tourist destination in the country.

“I am disappointed after the ministry shared that it was planning to start with Langkawi and Kuching for the pilot project as well as a few destinations in other states, but did not mention Mersing.

“All of the tourism industry’s players are affected by the pandemic, so I believe it is fair if all places with low number of cases be included in the green bubbles destination plan,” he said when contacted.

He added that the ministry should also focus on developing domestic travel passes for those fully vaccinated to travel into the green zones under the pilot project.

Sheikh Zulkifli said by having a travel pass, the tourism ministry could record each tourist’s entry and exit points besides tracking down those infected and curbing the spread of the virus.

“This way we can easily gather more accurate data on how many tourists have visited Mersing or other tourism destinations.

“So in the event of an outbreak, we can immediately alert tourists where to avoid.

“Our tourism industry has to adapt not only to the current technologies but also changes that come with the pandemic,” he said.

He suggested that the ministry introduce e-wallet travel vouchers to promote domestic tourism.

He said there were currently 50 tourism players registered with MTA, and the majority had either closed down or were barely able to hold on to their business.

“There are places that require ongoing payments like rental but without tourists coming in to generate income, how will they manage?

“There are also members who have lost their source of income, so how will they feed their families?

“Until we have achieved herd immunity, this is the best step that the ministry can take moving forward to revive the tourism industry,” he added.

Sheikh Zulkifli encouraged people to get vaccinated, not only to protect themselves but also to help the tourism industry and economy as a whole get back on track. 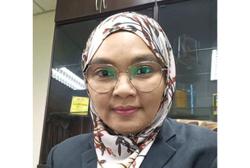