All Penangites must get first dose by early September to reach target, says CM

PENANG needs to achieve a fully vaccinated population of 40% by August while 100% of Penangites must have gotten their first dose by early September for the state to move into Phase Three of the National Recovery Plan, said Chief Minister Chow Kon Yeow.

But about 20% of or 300,000 Penangites have yet to register for vaccination, leading Chow to make a bugle call for all Penangites to sign up for their jabs.

“We hope the target of 100% with their first dose can be reached by September. 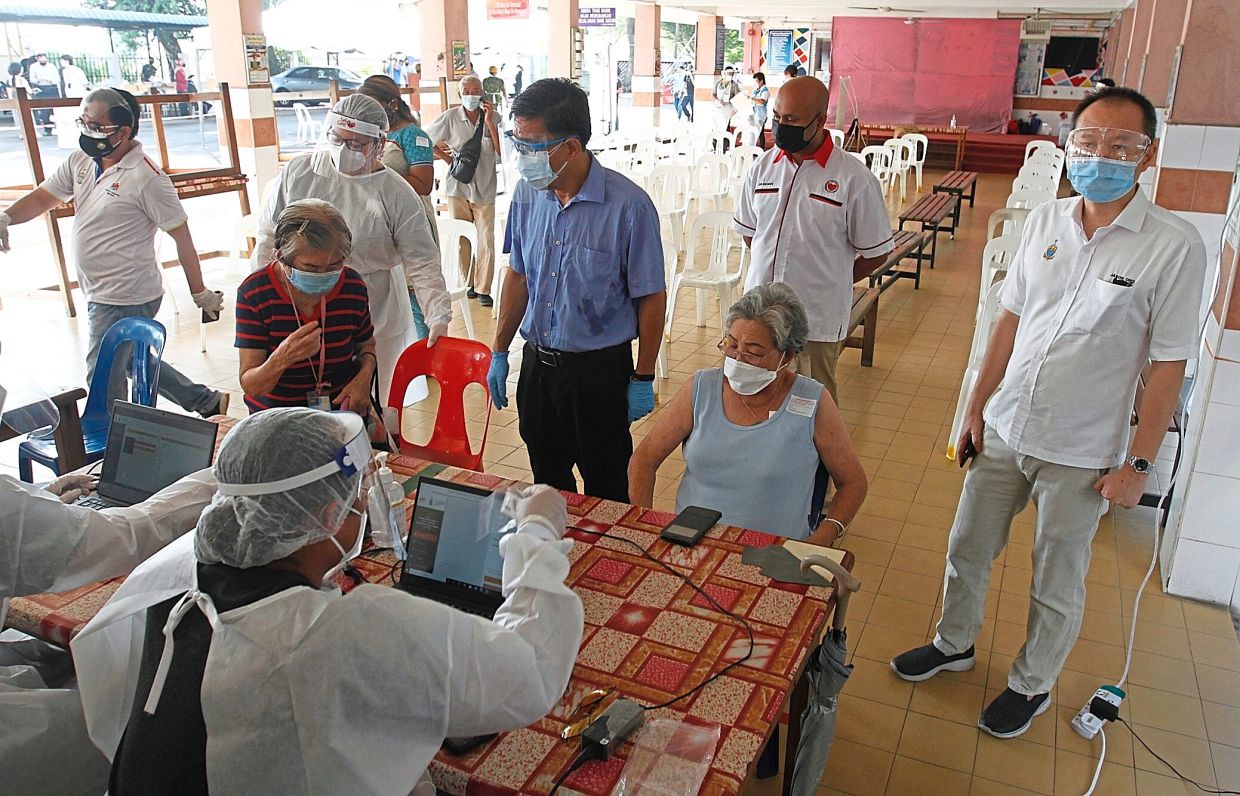 Wong (in blue) and Ong (right) observing the screening process.

“Looking at the operations of the vaccination centres (PPV), we hope to reach the 40% target with both doses by end-August,” said Chow after visiting the PPV at Plexus Manufacfuring Sdn Bhd in Bayan Lepas on Saturday.

As thousands of Penangites are being vaccinated almost every day, hundreds lined up at other sites for mass Covid-19 screening as well.

More than 300 people were screened at SK Padang Tembak under the state’s Penang Saring Covid-19 (PSC-19) with people arriving from 9am on Saturday.

Among those being screened were 30 foreign workers sent by a company. 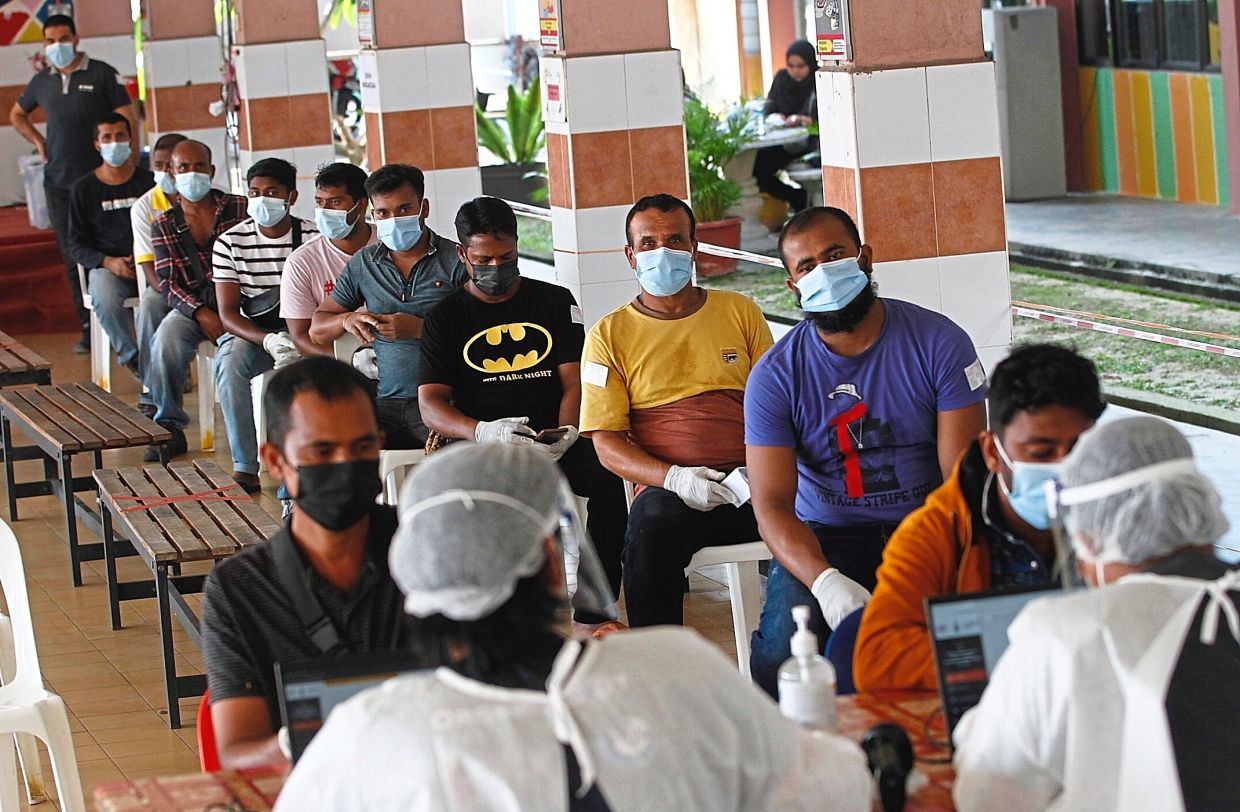 “We expect at least 500 people will be screened here today by 5pm,” said Wong.

Ong said he was told that there were two positive cases among those screened in the afternoon.

Health Department medical officer Dr Gunenthira Rao, who oversaw the screening, said while the results of the rapid antigen tests can be known within minutes, the people are told to leave once the swab test is done.

“We will inform them through Whatsapp messages and those who tested positive will be told to be back for a polymerase chain reaction test.

“Those who tested positive at the centre will have to wear the pink band and practise home quarantine and if their PCR test is also positive, the Health Ministry will decide if they need to be taken to the quarantine centre.” A man undergoing a swab examination at SK Padang Tembak.

“Both of us completed our vaccination but we came for a swab test as we also have a one-year-old child at home and we thought it would be good to take the test as a precautionary measure,” said Razmie who is from Kampung Melayu and works at the airport.

“We are staying nearby and we have wanted to take the test for some time, just to be sure we are virus-free,” said Salini.

The state set a target of 40,000 people to join the mass screening programme which began on July 5.