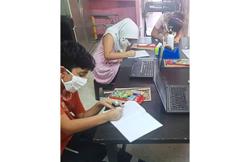 A LOCAL non-governmental organisation (NGO) that provides support and education to young refugees and underprivileged children has won two awards.

Initiated in 2015, the awards promote and recognise best practices in governance and sustainability around the world.

Dignity’s co-founder Elisha Satvinder said: “We are extremely honoured to be the recipient of the two awards.

“We believe that everyone deserves equal opportunity to access quality education.

“Our goal is to groom our children to be the leaders of the future, to nurture and empower world changers through transformative education while promoting gender equality and female leadership.”

The awards also celebrate individuals, governments, public and private institutions besides NGOs that demonstrate making governance and sustainability a strategic priority of their organisation.

The 2021 awards ceremony was held virtually.

It was originally scheduled to be held in London.

Dignity was nominated for providing quality education and supporting refugees and the displaced from all backgrounds.

This is the first time it received the awards.

The 3G Children Welfare Award was given in recognition of Dignity as an NGO that has made a substantial impact on the educational, psychological, intellectual and physical growth of children.

The 3G Advocacy Award recognises Dignity for its outstanding advocacy programmes that empower people and the planet through various social enterprises.

Dignity has been helping underprivileged children for the past 21 years. 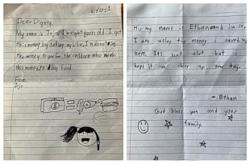