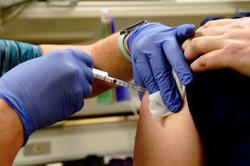 RESIDENTS in Teluk Bahang, Penang, are appealing for the relocation of a roadblock that is set up in a non-strategic place.

Balik Pulau Umno division chief Datuk Shah Headan Ayoob Shah said he had proposed to the state government and police to relocate the roadblock at Ferringhi Villa in Jalan Batu Ferringhi to a more suitable place.

This is to enable residents in Teluk Bahang and Batu Ferringhi to have better access to facilities within the area.

“The roadblock, which was set up at the border of the northeast and southwest districts, has caused inconvenience to people staying in both districts.

“There are over 10,000 residents in Teluk Bahang and it is difficult for them to access basic facilities such as automated teller machines and petrol stations, or even to pay their utility blls in the vicinity.

“Those in Teluk Bahang have to travel between 17km and 20km to go to Balik Pulau, which is in the southwest district, via a hilly road to access such facilities,” he said.

Shah Headan said Balik Pulau Umno Youth had submitted a memorandum to the Penang police chief through the Batu Ferringhi police station regarding the restrictions faced by residents in Teluk Bahang and Batu Ferringhi.

“Chow told me he had no objections to moving the roadblock to a more strategic area, perhaps near Shangri-La’s Rasa Sayang Resort and Spa, to enable easier movement of residents in Teluk Bahang and Batu Ferringhi.

“The police have also welcomed the proposal and stated their readiness to do the necessary.

“I will follow up on the matter so that immediate action can be taken,” he said.