Regular donors conscious of their duty to help save lives

Kumar has donated blood a total of 112 times.

WHEN his cancer-stricken mother was fighting for her life about 30 years ago, A. Kumar witnessed first-hand how the simple act of donating blood could save lives.

The 56-year-old hotel executive assistant manager said that his late mother, who was battling breast cancer at that time, needed blood for an operation.

“The doctors asked me and my siblings if we could donate blood to our mother and we immediately agreed.

“Unfortunately, I do not have the same blood type as my mother but my two siblings were able to donate blood so she could undergo the surgery,” he said.

Although his mother later succumbed to the disease, Kumar still continues to donate blood at Hospital Sultanah Aminah (HSA).

“I started donating blood when I was in my late twenties, a few years after my mother passed away as I realised the importance of donating blood to help patients.

“Since then, every three months, I show up at HSA’s blood bank to donate blood, hoping that it will help other families keep their loved ones alive,” he said, adding that he had donated blood 112 times.

The father of one admitted to having fear of the needle but that does not stop him from donating blood.

“Even until today, after donating my blood more than 100 times, the sight of needles still makes me anxious.

“I need to look away when the nurses poke me with needles but I don’t see that as a big problem, especially as I know how important it is for those who need the life-saving blood,” he said.

“I have been actively involved in volunteer work since my school days and I know from a very young age the importance of donating blood.

“As soon as I reached the age of maturity, I have been donating blood consistently. So far, I have donated 103 times,” she said.

The counsellor, who is from the Segamat district, said her husband and two children aged 25 and 29 had also been donating blood regularly.

“My husband and children will donate whenever they can but in my case, I will donate as soon as it has been 90 days from the last time I donated blood.

“I will look for the nearest blood donation drive or blood banks around me every three months.

“If I happen to be out of town when it’s time to donate, I will do so at the nearest facility I can find,” she said, adding that she had donated blood in Johor Baru and Kuala Lumpur as well.

Former chemist Khairina Muhammad, 52, who now runs an online food business, said she had been donating blood since she was an undergraduate in Universiti Malaya many years ago.

“I enjoy helping people but as a student at that time, I did not have money to help others but I knew I could still help by donating blood.

“Blood donation drives were held regularly at my university and one day, I decided to just go for it. Since then, donating blood has become a regular event for me,” she said.

Khairina, who has donated blood some 66 times, said she had also been encouraging others around her – including family members and friends – to donate blood, especially during the pandemic.

“I will send them photos of me donating blood to raise awareness and encourage them to do the same.

“I am glad some of my friends and family members have also started donating blood,” she said, adding that she encouraged more youngsters to come forward and do the same.

Khairina said she would make sure to observe a healthy and clean diet a week before donating blood.

“I want to make sure that my haemoglobin level is high enough for me to be able to donate blood.

“Previously, I only donated whenever it crossed my mind.

“But over the past three years, I have been monitoring the gap between my donation dates closely to make sure that I do not miss the chance to donate blood,” she said. 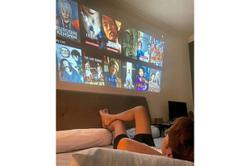