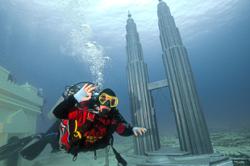 The late Omar Ali at his shop along Batu Road.

THE steady stream of customers patronising century-old Xin Kwong Sang Woh in Kajang on a weekday during the lockdown shows that people’s love for the long-established biscuit wholesaler has not waned.

“Although you see quite a number of customers here today, business has been badly affected by the lockdown.

“We used to have customers who buy in bulk to sponsor a certain event or as supplies, including those from outstation.

“But now, they mostly buy for their own consumption.

“When the movement control order was implemented in March last year, the number of customers started to dwindle, but we are glad that regulars are still supporting us,” Tan said.

Established in 1907, Xin Kwong Sang Woh is one of the few century-old stores that have stood the test of time.

It started off as a grocery store by Chee Kien’s grandfather but shifted to selling biscuits some years later.

Since young, Chee Kien remembers going downstairs to play and help out at the shop as the family lived upstairs.

The shop looks like it has not changed much after all these years, with many of the old features preserved.

The biscuits sold here are just as nostalgic, some of which are not widely available elsewhere.

They include the much-loved “ear-biscuits”, love letters,

“We decided to switch from selling groceries to biscuits because it is easier to manage.

“My husband and I took over in 2015 and decided to rename it to start the business afresh.

“As for the interior, we only did some minor upgrades, including refurbishing the ceiling of the shophouse,” added Tan, who shared some of the memories from yesteryear.

“My father-in-law told me that he had to operate behind closed doors during World War II and the Japanese occupation.”

Tan said they had tried to move with the times by selling online but it proved to be a failure.

“Customers kept complaining that the biscuits were broken after delivery.

“So we decided to stick to the traditional method of serving customers in the store,” she said.

Changing goods, locales P. Lal Store too has come a long way since it was founded in 1929 by the late Prabhulal G. Doshi who came from India.

His son Bhansukhlal started working for the family business in 1947 at 17 and under his stewardship, business began to flourish.

The family decided to concentrate on imported men’s footwear and winter clothing.

Reminiscing the tales told by his father and grandfather, Shyam said during the Japanese occupation, doing business was not their main concern.

“Staying alive and obtaining food was more important back then.

“Luckily, my grandfather made friends with some Japanese officers and we were left in peace.

“However, after the war ended and with the prospect of few customers, my grandfather decided to have a ‘closing down sale’.

“Fortunately, the sale was a success and that prompted my grandfather to give the store a new lease of life,” he said.

The name was also changed from P. Lal Silk Store to P. Lal Store in the mid-40s, he said.

Other pivotal moments in the shop’s history was the floods that happened in the 1970s.

“I still remember the great flood, as it was called then, as water reached waist-high in Batu Road.

“A lot of our merchandise was damaged and I remember my father asking our staff to do a lelong on the sidewalk,” said Shyam.

In the early 1990s, they moved out of the rented double-storey shophouse at Jalan TAR to the 10-storey Cho Tek Building, which they renamed Wisma Lal-Doshi along the same stretch of road.

“It was a memorable moment for all of us.

“The next big change was when we decided to leave Jalan TAR and move into a parking-friendly premises along Jalan Gasing in Petaling Jaya.

“We were hesitant at first but it proved to be the right decision,” he said, adding that they were fortunate that P. Lal Store was still a family-run business.

Shyam said business dropped tremendously during the movement control order period, especially for the winter clothing section when overseas travel was not allowed.

“Shoes are affected as well.

“We are coping because we own the shop and our overheads are low,” Shyam said.

During the first MCO in March last year, they took the opportunity to transition online.

as our customers usually know what they are looking for,” he said.

The store carries British shoe brands like Loake, Cheaney and Barker as well as British winterwear brands such as Guardian, Dents and Wolsey besides Ktena from Australia.

With eight boutiques and outlets in Klang Valley, the 86-year-old Omar Ali brand is known for its traditional Malay apparel.

The first boutique was started by the late Omar Ali in 1935 who was an apprentice to a Japanese seamstress along Batu Road who made ballroom gowns for expatriates.

With World War II looming, she left Malaya and returned to Japan, leaving the business for Omar to run.

The shop relocated to Jalan Masjid India and Wisma Yakin in the early 1970s.

His children inherited the business when Omar passed away in 1979.

Currently, the brand is managed by Omar’s youngest daughter Azizah who became managing director of the company, Omar Ali Holdings Sdn Bhd in 1980.

Year 2005 saw them opening their first branch in Putrajaya.

The boutique focuses mainly on traditional Malay apparel such as baju melayu, baju kurung, jubah or robe, baju kebaya as well as work clothes such as long-sleeved shirts and blouses for women.

“We are probably the only traditional Malay clothing producer with such a long history,” said Azizah’s husband Idris Mokhtar, who is the company’s marketing manager.

Idris said fortunately their business has not been overly affected by the pandemic.

“In the first MCO, our online sales were good as people were looking to buy festive clothing to celebrate Hari Raya.

“However, sales dropped as people still cannot move about or celebrate like before,” he said, adding that now it was limited to couples looking to buy traditional wear for their wedding.

One of the memorable moments for the brand was athletes wearing their bright red and maroon baju melayu during the Commonwealth Games 2018 in Gold Coast, Australia.

“We have made clothes for many VIPs, including our first prime minister Tunku Abdul Rahman.

“We were asked to modify the five-button baju melayu into a three-button version and it was named ‘Baju Melayu Kolar Tunku’ but now it’s more popularly known as ‘Baju Melayu Butang 3’,” he said.

Idris attributed their success in maintaining the business through thick and thin to keeping it within the family.

“Family members running the business have a common goal, to make the best baju melayu and maintain the quality.

“Even though some of the other siblings have started their own businesses, they cannot compete with the long-established Omar Ali legacy and reputation.

“We also help each other by producing garments for big orders together,” he said. 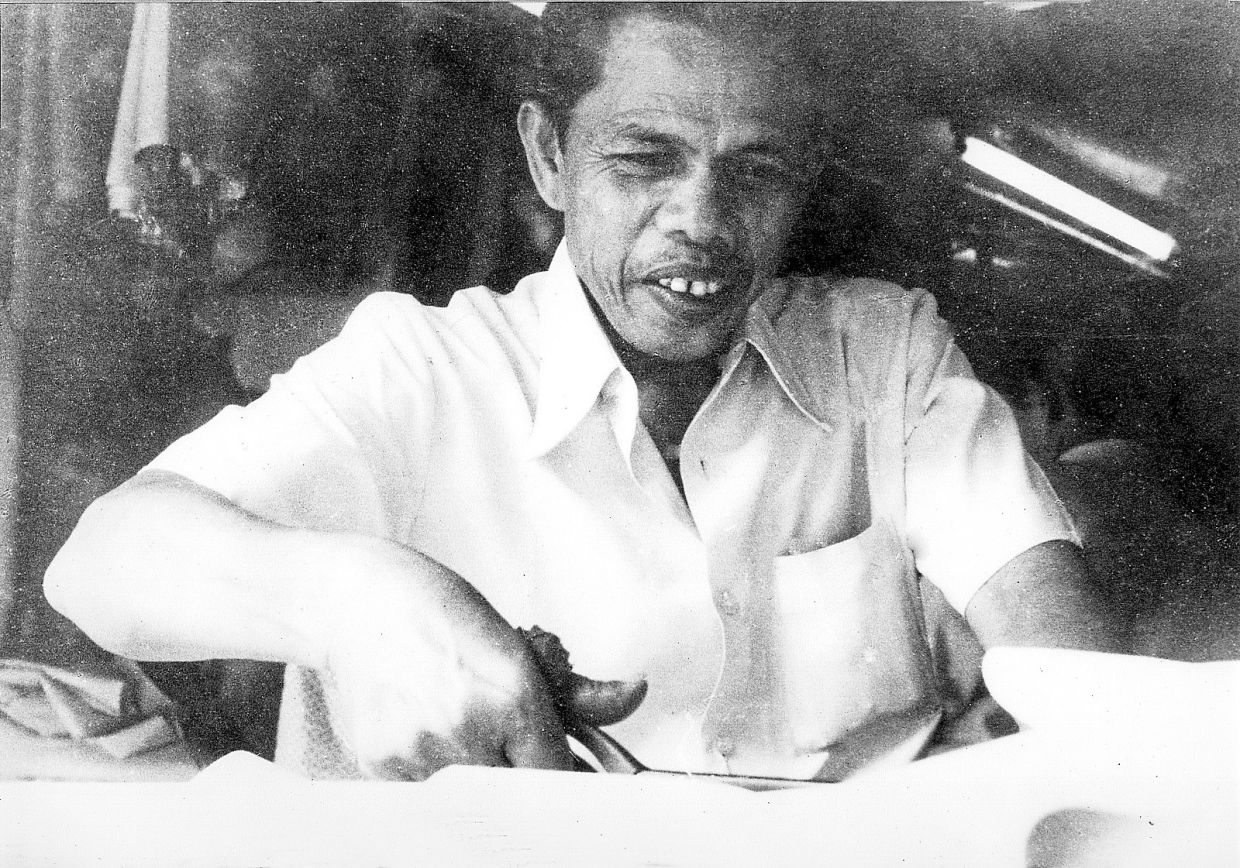 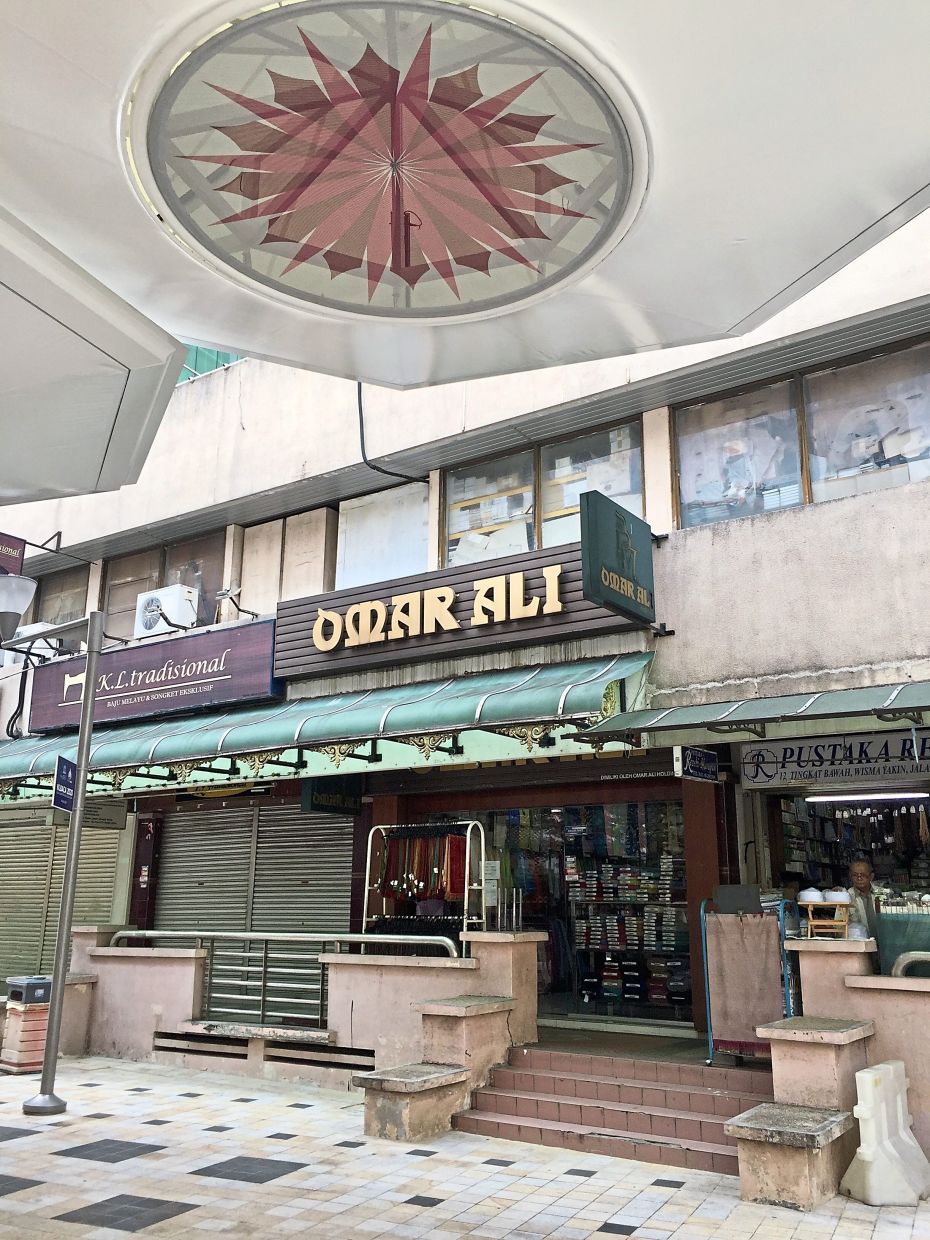 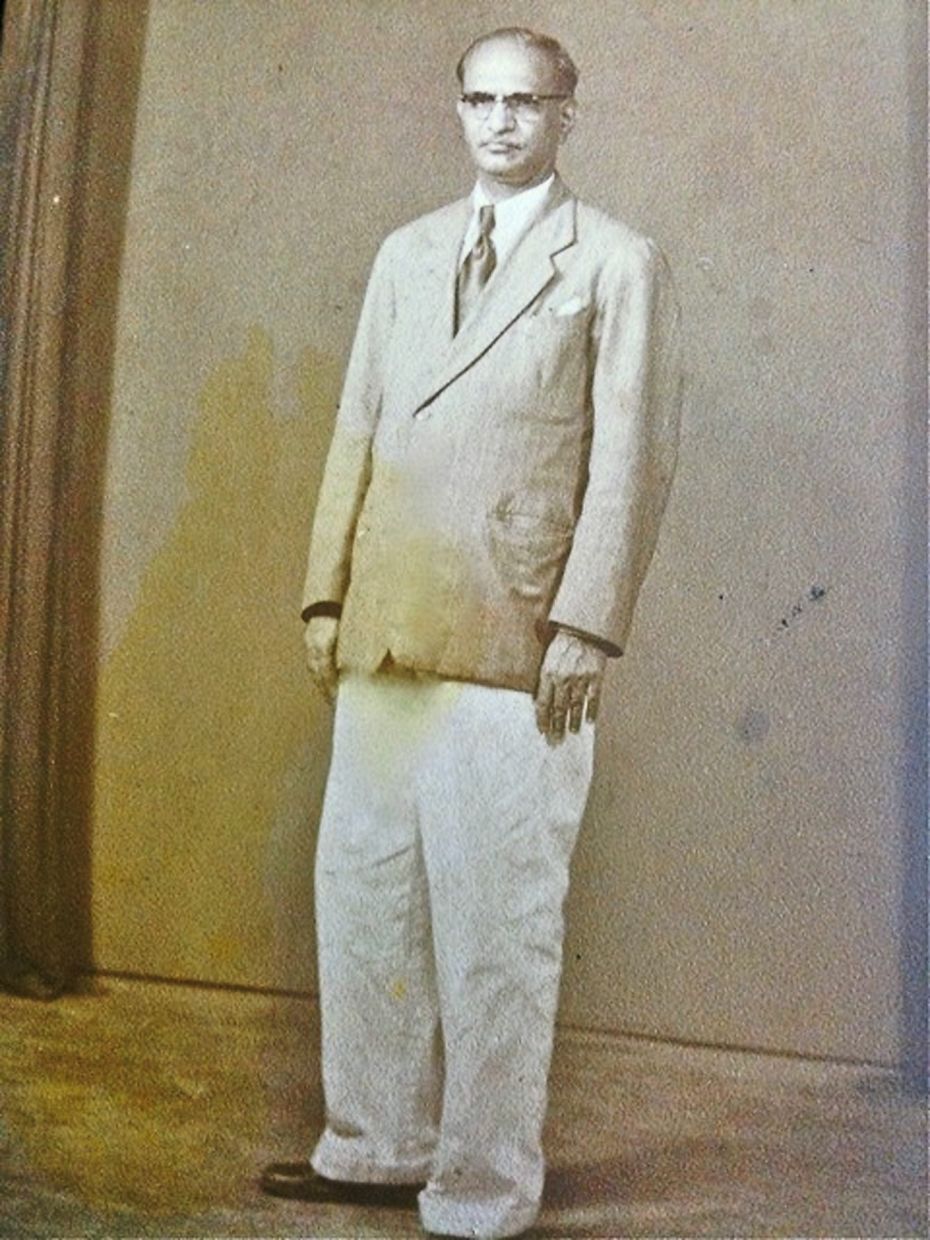 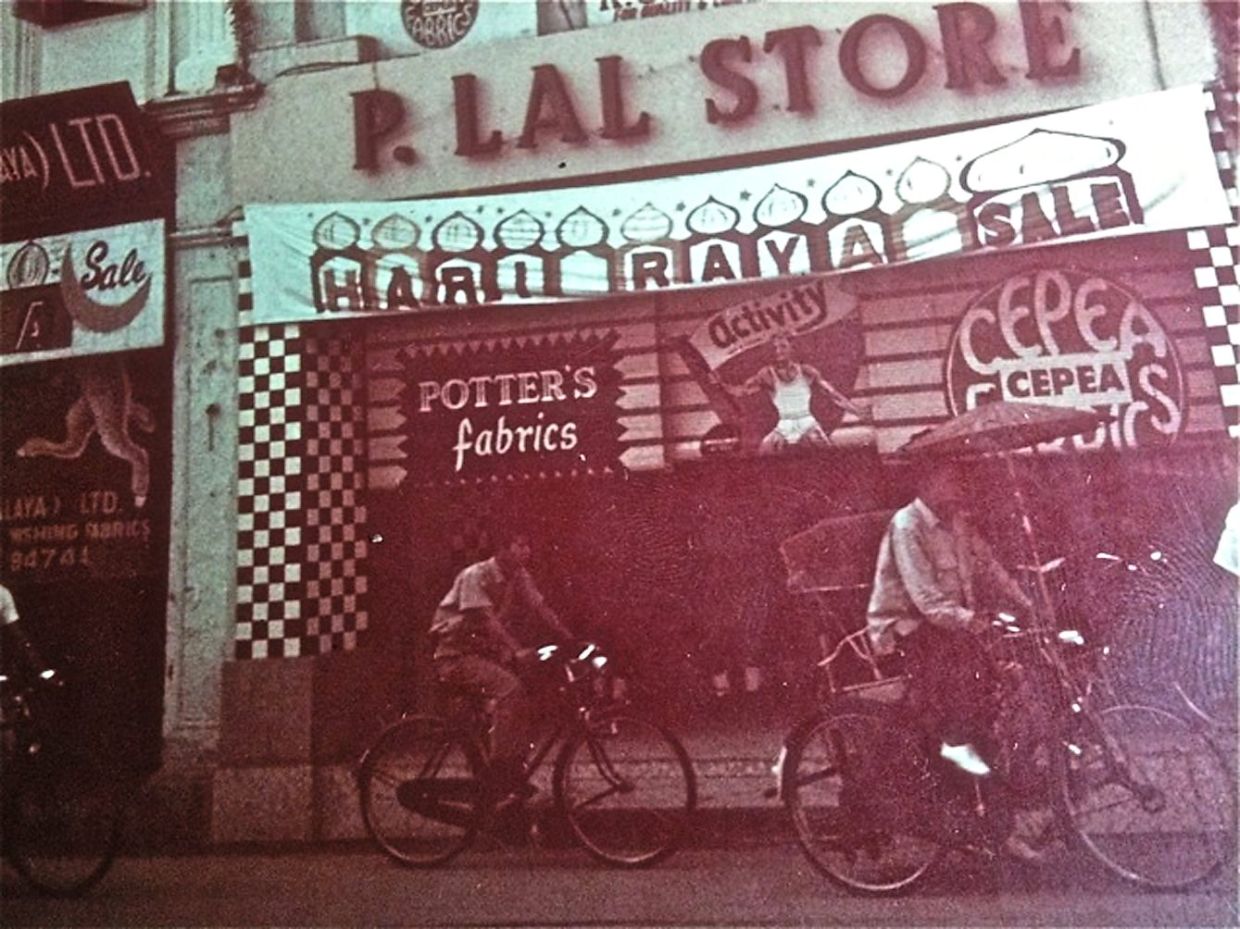 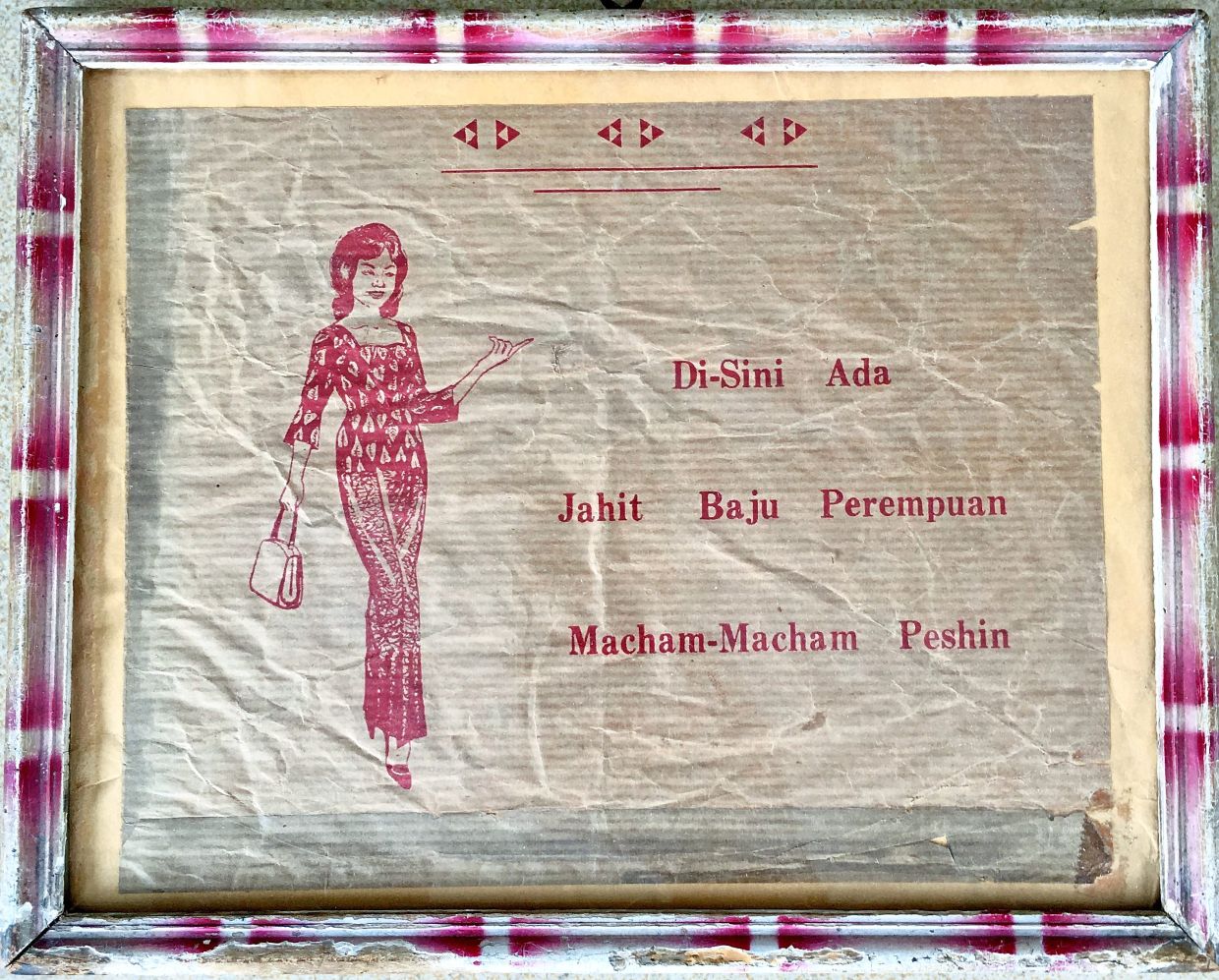 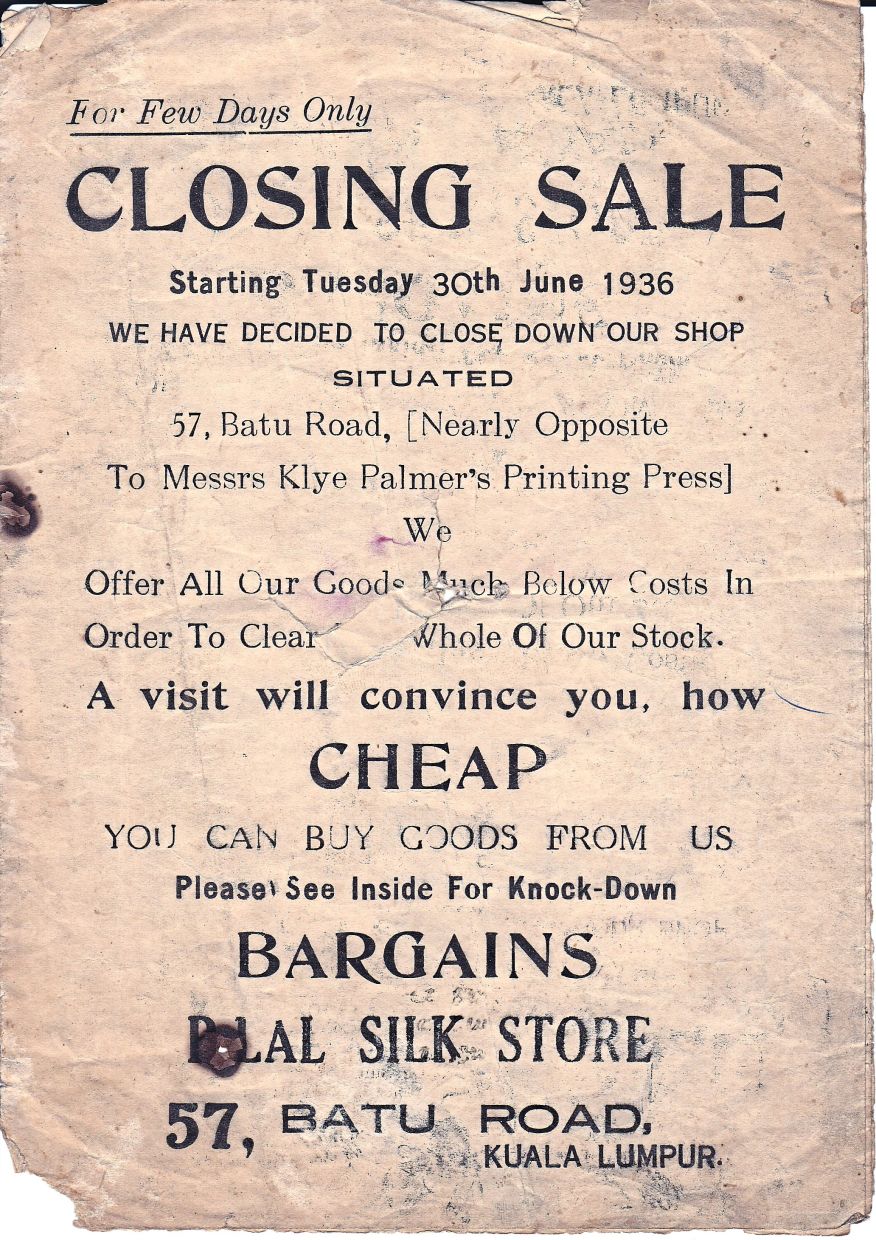 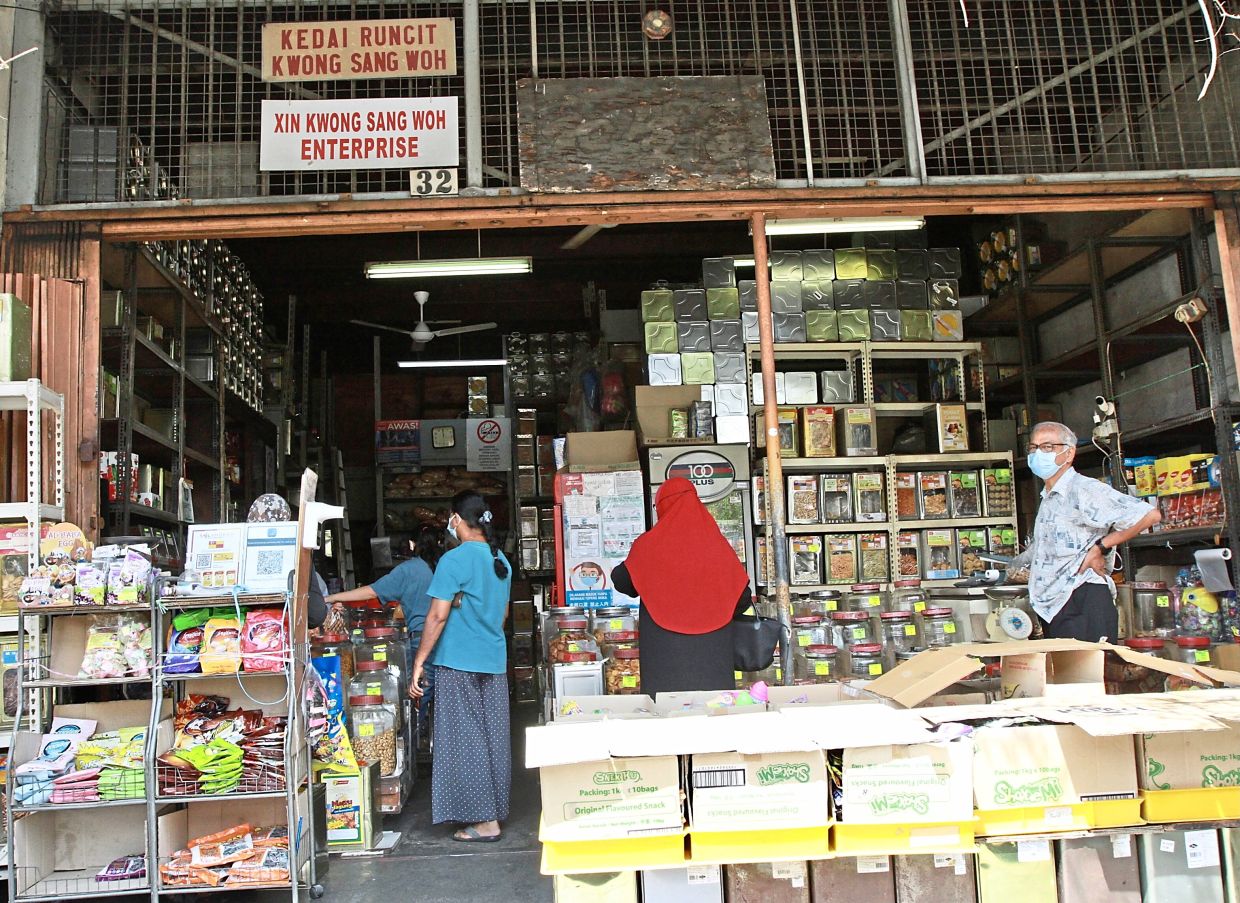 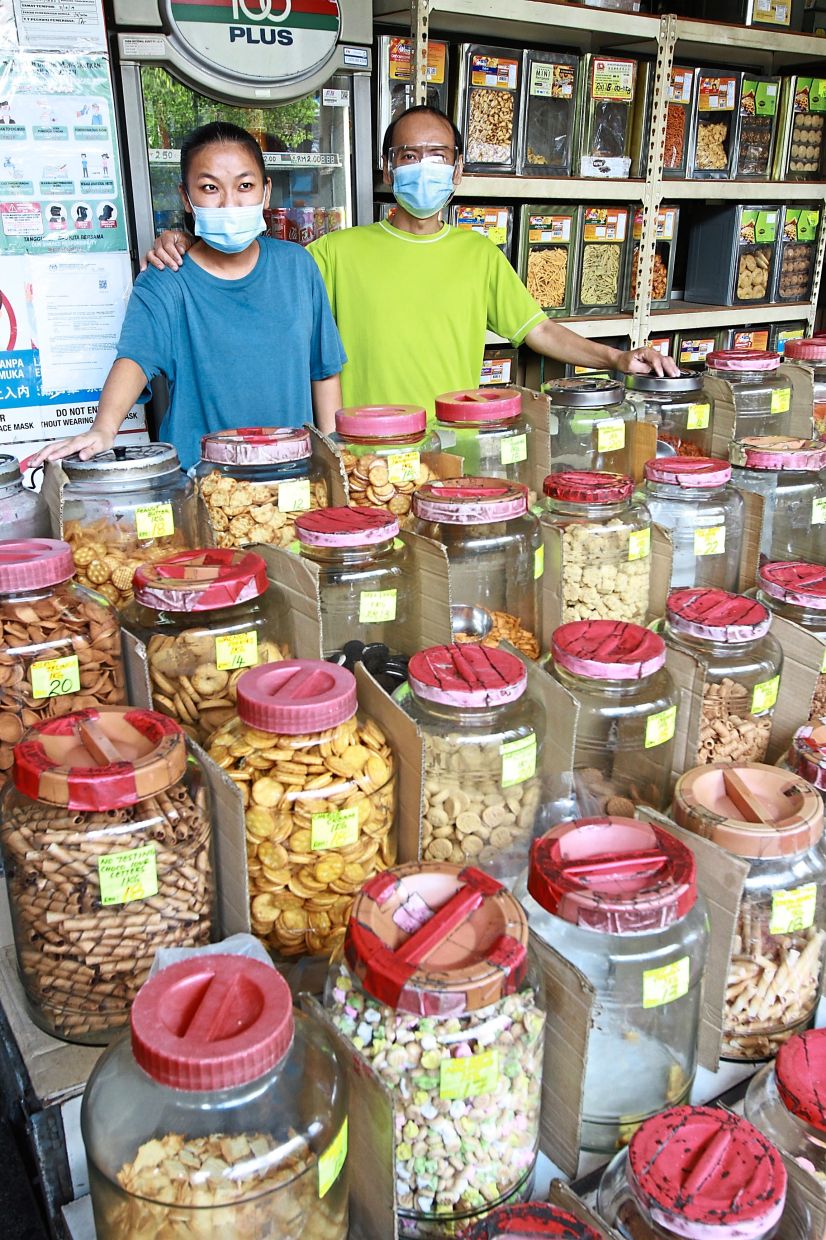 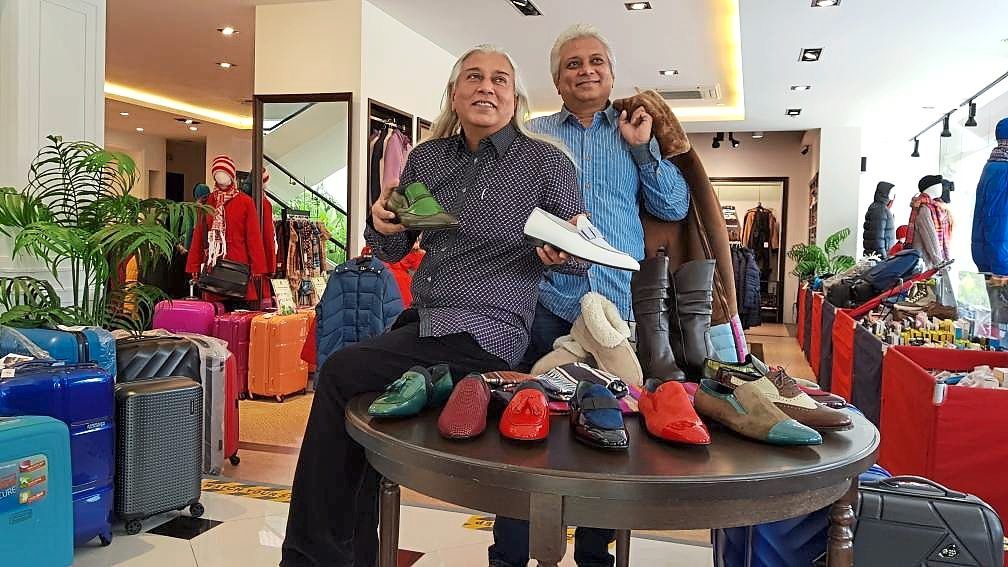 The late Omar Ali at his shop along Batu Road.

The Omar Ali brand has expanded to eight outlets, including the main one in Wisma Yakin, Kuala Lumpur.

An old advertisement for the Omar Ali tailoring shop in Jalan Masjid India.

A leaflet on P.Lal Store's closing sale in 1936 at the Batu Road outlet.

Omar Ali’s youngest daughter Azizah (right) is the managing director of the company while her husband Idris (left) is the marketing manager. With them are franchise adviser Ridzuan Mohamad (second from left) and his wife Rahella A. Rahim. (Photo taken before the Covid-19 pandemic).

Many would be surprised to know that Xin Kwong Sang Woh Enterprise started off as a grocery store.

Chee Kien (right) and wife Tan are third-generation owners of the biscuit wholesaler. They still run it from the same shophouse.

P. Lal Store co-owners Shyam (left) and Minesh Doshi are proud to follow in their grandfather and father’s footsteps. (Photo taken before the Covid-19 pandemic).