THE Malaysian Football League (MFL) has announced that the Malaysian Super League will resume on July 24 this year.

Penang Football Club general manager Jeffrey Chew said on May 19, MFL had announced that only camp-based training was allowed during the lockdown period. 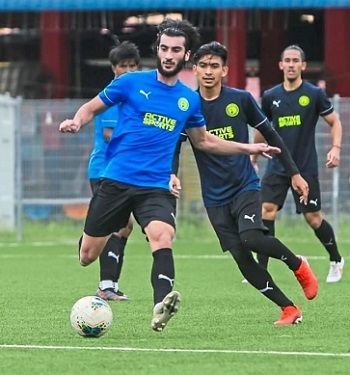 The players in action during a training session in early January. — Photo courtesy of Penang FC

“The camp-based training method is based on the bubble format whereby all players and officials are isolated from the outside environment for a certain period of days.

“Stringent requirements of the standard operating procedure (SOP) will have to be adhered to before teams can conduct training,” he said in a recent statement.

Chew said on June 17, MFL approved Penang FC’s application to conduct the camp-based training from June 18 to 29 where the team would be based at a hotel.

“The approved venue for training are at Penang State Stadium in Batu Kawan and at Padang Awam Jawi in Sungai Jawi.

“Necessary approvals were obtained from the police, Penang State Stadium management and district office for the duration of this training.

“During the 12 days, MFL and all necessary departments including the police, can conduct checks at any time to ensure that Penang FC fully comply with the camp-based training SOP.”

Chew added that during the 12-day period, the hotel where the team stays at would not be open to the public and the camp-based setting was solely provided for the players and officials of Penang FC.

“The hotel where the players and officials are staying at will fully comply with the SOP and is approved by MFL.

“The hotel also ensured that all their facilities such as gym equipment and other facilities are in full compliance to the Covid-free standards as well.

“These are also reserved for the Penang FC team during this duration with sanitisation conducted at the hotel.”

He said during the 12-day period, the team players and officials would not be allowed to receive visitors and all of them have completed the Covid-19 RT-PCR swab test three days before they entered the training camp.

“All the players and officials tested negative.

“As preparation for the resumption of the Malaysian Super League, all Penang FC players and officials received their vaccines on June 25 as part of the team’s efforts to get ready for the second half of the tournament.”

Chew said the main objective of the camp-based training was to build better bonding and teamwork among the players and officials.

“This is in order for them to be fully prepared and raring to go for the second round of the Malaysian Super League,” he said.