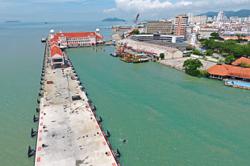 Phase 1A of the Swettenham Pier Cruise Terminal expansion project has the solid deck wharf of 400m extended by another 220m towards north of the terminal, and the breasting and mooring dolphin increased by 50m and 68m. — CHAN BOON KAI/The Star

THE upgraded Swettenham Pier Cruise Terminal (SPCT) which is now about 30% bigger will be able to handle 50% more passengers once the blanket ban on cruise ships is lifted. 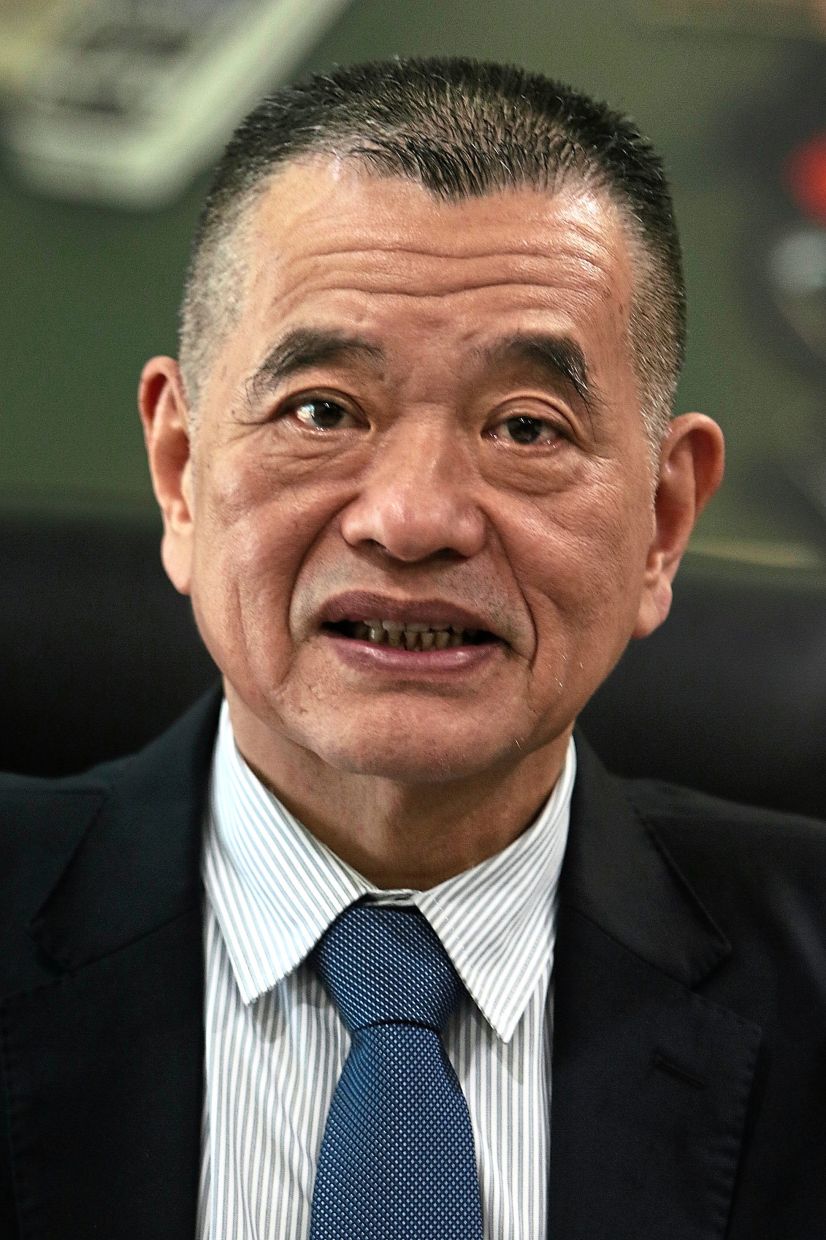 He said the expansion under phase 1A of the project was completed on May 31, with the certificate of completion and compliance (CCC) expected to be obtained by the end of July.

“The solid deck wharf of 400m was extended by another 220m towards north of the terminal, and the breasting and mooring dolphin was increased by 50m and 68m.

“Two new link bridges will be constructed to connect the breasting and mooring dolphin.

“With this extension, it will allow for the berthing of two Oasis class vessels at the same time,” said Tan.

It was earlier reported that Malaysia had issued a blanket ban on cruise ships in March 2020 when the Covid-19 cases were on the rise.

In the next five years, three other phases involving preliminary upland and terminal improvement are set to be completed.

Tan said phase 1B of the development in connection with the berth expansion would be the narrowing of the concourse and installation of gangways or boarding bridges to improve the berthing of vessels.

He said this phase was expected to start in 2023 and scheduled for completion within a year.

“Phases 2 and 3 for terminal improvement will commence after the completion of phases 1A and 1B.

“The proposed terminal improvement will involve the restructuring of the existing terminal to allow simultaneous flow and movement, plus embarkation and disembarkation of passengers for the home porting cruise, port of call cruise and regional ferries.

“It is also proposed that the existing north-side driveway is converted to a two-way vehicular access linking to the apron and new annex.

“Construction is expected to start by 2024 and will take a year to complete,” he said.

Refurbishment of the warehouses within the PPC area will continue as its preliminary work has already begun.

Cautious approaches are being adopted on the development of the warehouses due to their heritage value.

George Town World Heritage Incorporated will be involved in the development that will comprise retail, culture and duty-free elements while maintaining its original heritage value.

The warehouses are set to be ready in 2022 with the development estimated to be around RM300mil.

PPSB, which was set up in 1994 under Finance Ministry Incorporated, has been operating SPCT via a management contract, while PPC comes under the Transport Ministry, which is the port’s licensing authority. 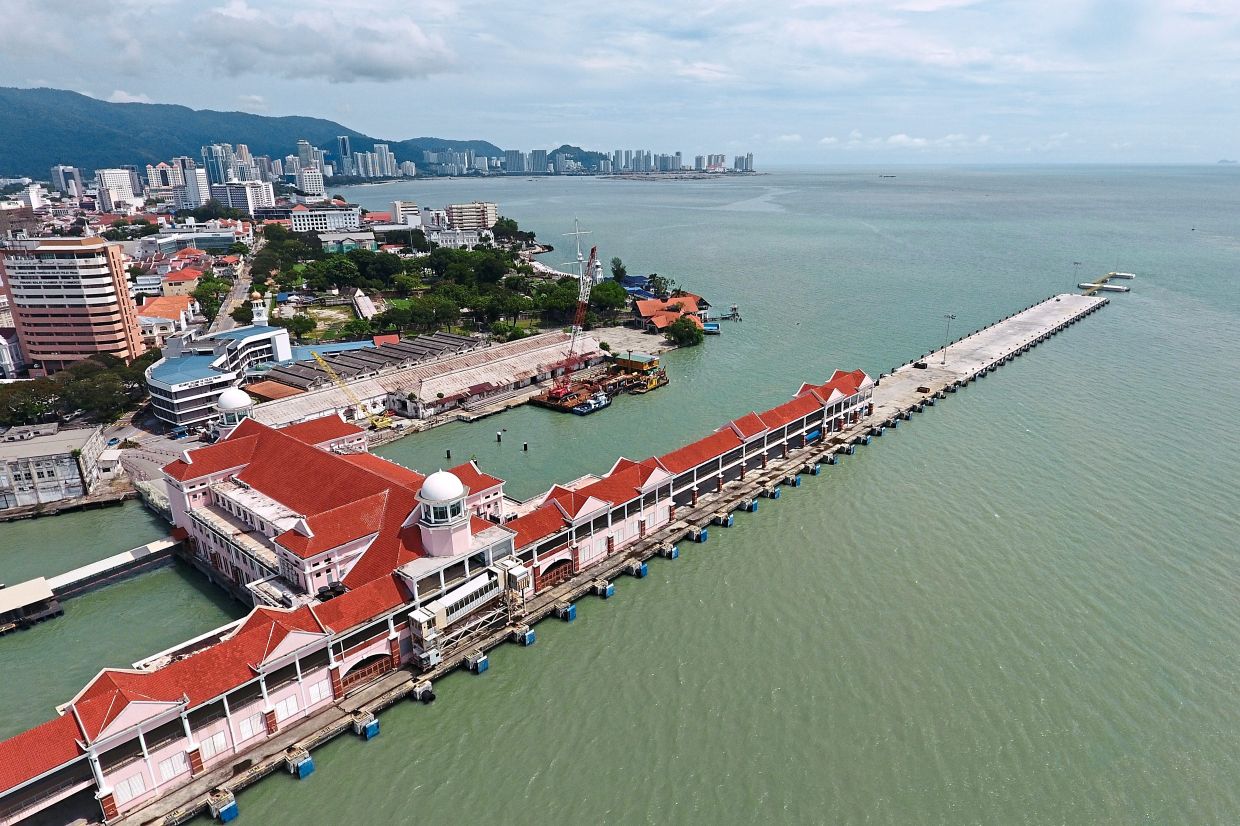 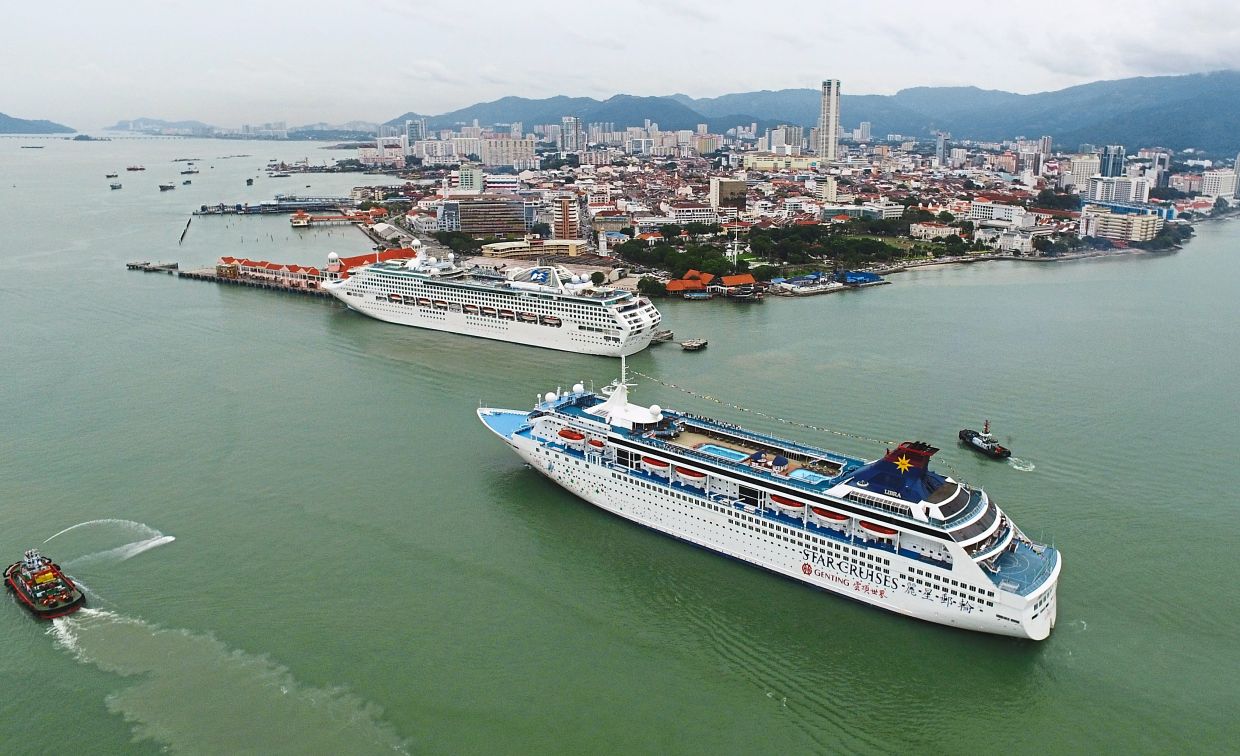 An aerial view of the terminal in George Town.