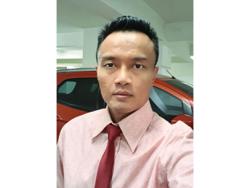 KUALA Lumpur City Hall (DBKL) will take into consideration all complaints from Residensi Vyne condominium residents who are against a proposed serviced apartment project nearby.

In a statement, the local authority stated that the residents’ opposition to the project had been heard and that the proposed development would be reviewed during the Kuala Lumpur One-Stop Centre Committee meeting.

DBKL explained that it received the planning permission application on Sept 8 last year to build a 31-storey serviced apartment which includes a seven-storey carpark on eight plots of land next to Residensi Vyne condominium located in Sungai Besi.

It added that the application also sought to consolidate the land plots.

“According to the Kuala Lumpur City Plan 2020, the lots are in a mixed-development zone with a plot ratio of 1:4.

to be built on mixed-development land use zone.“However, DBKL will review the objections and feedback by Residensi Vyne residents on this matter,” it said.

The residents objected to the proposed 308-unit project next to their condominium by their own developer as it deviated from the original plan when they bought their property.They claimed that the land with a commercial title was supposed to be used to build shoplots.

Residents also raised concerns over increase in population density that would contribute to traffic congestion.

They said the problem of double-parking along the main road could occur, and that might hinder access to vehicles during emergencies.