Azmizam (left) showing Ahmad Fadzli the kernels that are part of the reason for dust pollution at the Sri Berembang and Taman Kem flats.

For three weeks, almost 500 families living in the walk-up flats experienced discomfort which they say resulted from the open-air site used to store coal and oil palm kernel.

They also complained of dust that thinly coated the building’s corridors and windows as well as clothes drying on their laundry lines.

Residents had raised the matter with Port Klang assemblyman Azmizam Zaman Huri, claiming that they could not leave their windows and doors open as the dust entered their units and even caused breathing difficulties for some.

“Some residents complained that they could not dry their clothes in the open because of the dust, ” said Azmizam.

MPK president Dr Ahmad Fadzli Ahmad Tajuddin said the council conducted a raid following the complaints, adding that the storage site was the size of half a football field and that the operator had no permit to store coal and oil palm kernel in the area.

“Our council’s Enforcement Department issued four compounds to the operator of the storage area under the Trade, Business and Industrial Licensing Bylaw (MPK) 2007, as initial investigations revealed that it is a private land and business of this nature is not allowed on the site, ” he said.

Ahmad Fadzli added that when the goods piled up at the site and were later loaded into containers or onto lorries, it caused the dust to be airborne which affected surrounding residents.

Azmizam said the operator had resorted to using the site temporarily as the materials could not be moved to the storage facilities at the port because those were full and due to the movement control order.

“But we cannot allow such open-air storage for these materials as it is a nuisance and a health threat, ” he added.

Ahmad Fadzli said Selangor’s Environment Department had issued a notice for all materials to be removed from the site as the business activities had caused pollution. 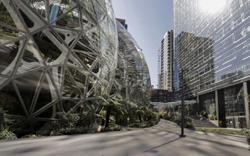