THE wet market complex in Bukit Mertajam, Penang, between Jalan Pasar and Jalan Bunga Raya has reopened after all traders underwent Covid-19 tests, but only a few of them were back in business on the first day.

“On May 31 after new cases were detected, the Health Ministry ordered the market to close for 10 days.

“All traders in close contact were ordered to undergo screening and 31 cases were detected as of Tuesday with no case recorded on Wednesday.

“Out of 253 traders screened, 93 have reopened their business while some, including the 31 positive cases, are under quarantine.

“There are 263 stalls in total in the market, ” he said during a visit to the market yesterday.

Rozali said the council recorded 520 customers at the market as of 8am, about half its usual traffic, and 14 personnel were deployed to ensure proper flow of visitors and enforce the compliance of standard operating procedures (SOP).

Checks at the market found business to be slower than usual and all vegetable stalls closed.

Vegetable trader Tan Bak Lim, 62, who took over the business from his parents, said their decision to stay closed did not come from a mutual agreement. He believed the traders feared infection and poor business.

“There are about 50 stalls here selling vegetables and I’m surprised all are closed.

“I’m not opening either because I expect business to be slow on the first day of opening and I do not want fresh vegetables to be wasted if not sold.

“It is also worrying as we are not certain if the place has been sanitised entirely, ” he said.

Fishmonger Gooi Yu Wei, 25, who works with his father, said they only had few fish to sell.

“When the closure was announced, we cleared all our seafood by giving big discounts.

“Suppliers were kind enough to allow us to reduce stock intake and now with the reopening, we took only little stock to start with.

“Hopefully, when the situation stabilises, customers will return and we will be back in full force, ” he said.

Penang local government committee chairman Jagdeep Singh Deo, who was present, said upgrading plans to relocate the market are in final stages and details of it will be announced once ready.

“The plan to upgrade markets is not just for Bukit Mertajam but all 56 markets in Penang.

“Some have been implemented, some in process and some are in planning.

“This market in Bukit Mertajam is in its final stages to be upgraded with a new facility at a new site, ” he said, adding that an example of the concept would be Chowrasta Market in George Town, which was upgraded in 2017 at a cost of RM12.2mil.

In 2018, it was reported that RM20mil was approved for Bukit Mertajam Market to be relocated to a new site in Jalan Pegawai, about 100m away.

A survey back then found 158 traders operating illegally alongside 294 registered traders in this market touted to be among the biggest in Seberang Prai. 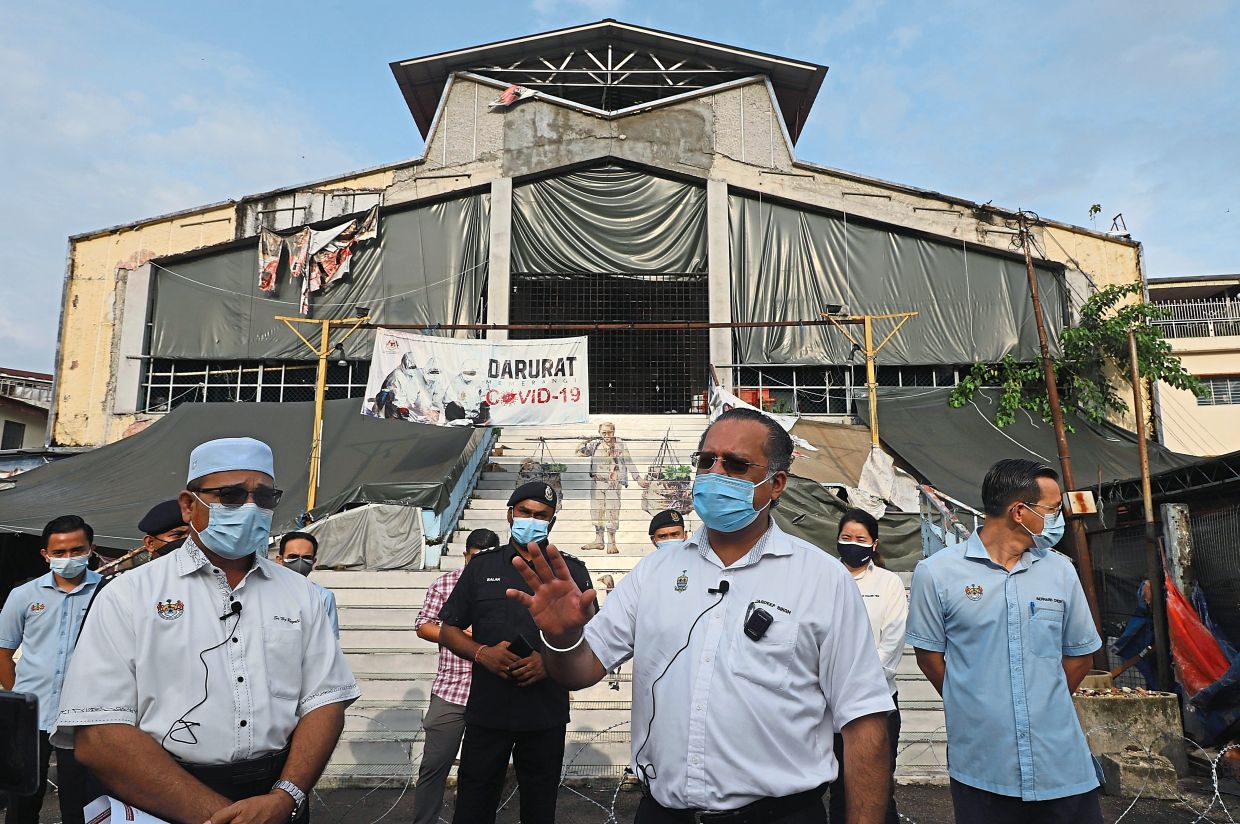 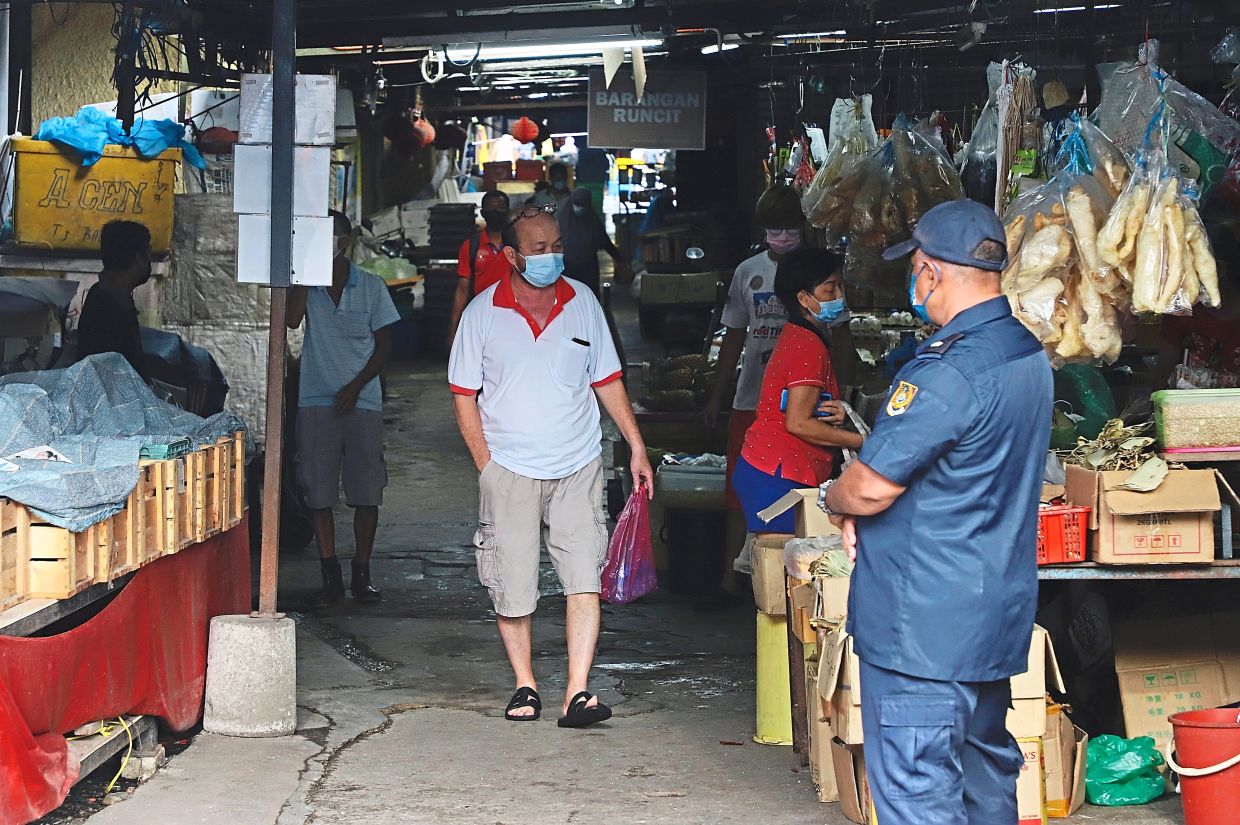 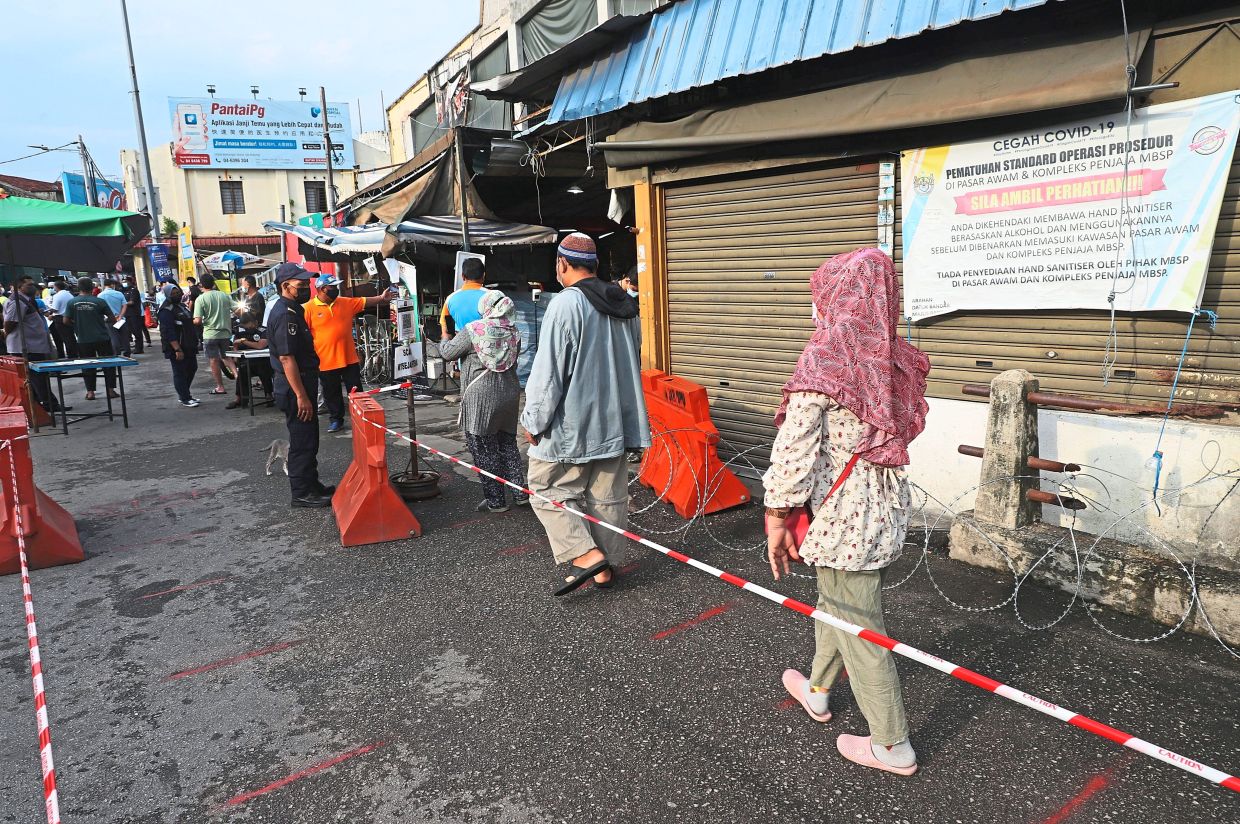 A member of the uniformed personnel monitoring the situation at the wet market in Bukit Mertajam on the first day of its reopening. LIM BENG TATT/The Star

The barbed wire barriers have been removed as market-goers are allowed back to the wet market complex in Bukit Mertajam.