Thanaletchumi (right) with her mother Selvi at Little India, Penang.

A SIGNIFICANT spike in consumers rushing to stock up saw long lines and full carts at most of the supermarkets in Penang over the weekend.

“But it is good that there was no panic buying until shelves were emptied for days with no stocks to replenish, ” said Domestic Trade and Consumers Affairs Ministry (KPDNHEP) Penang director Mohd Ridzuan Ab Ghapar.

The ministry kept a close watch on nine supermarkets – four on the island and five on the mainland.

There was a definite increase in customers, but supplies were enough for everyone.

“This time people are stocking up but only what they need for their household.

“Our checks at the nine supermarkets on Saturday showed there were more people than usual stocking up on essential items.

“Yes, there were longer queues but it was due to the restricted number of customers allowed in at any one time.

“This strict compliance is put in place to ensure the standard operating procedures are followed, ” he said during a walkabout at the supermarket in Queensbay Mall on Saturday.

A check by The Star saw a line stretching about 300m at one point outside the supermarket as shoppers waited for their turn to be allowed inside.

Mohd Ridzuan said unlike the first movement control order (MCO) in March last year, there were no reports of panic buying.

“Last year, it was bad as shoppers cleared shelves and this caused a disruption when stocking supplies.

“This time, so far there are no ‘disturbances’ to the supply of the essential items.

“In terms of supply, we want to assure everyone that there is an ample supply of essential items at the supermarkets.

“Supermarkets are well stocked and have enough to replenish the items.

“We have told retailers to re-stock their supplies regularly so that there will not be a shortage, ” he said.

Mohd Ridzuan said checks in the last few days showed that among the items snapped up by consumers were perishables such as vegetables, eggs, instant noodles, milk and coffee powder.

“There is a rise in demand for these items but there is no issue of running out of stock like what we had in March last year.

“We have engaged with supermarkets to identify items that usually run out of stock and have asked them to ration the items if their stock starts to run low.

“We hope Penangites have learnt from their experience last year and do not hoard items.

“We want to assure consumers that markets and supermarkets will remain open throughout the lockdown period.

“They will still have the opportunity to come out to shop for their necessities during the two weeks, ” he said.

Mohd Ridzuan said there was no need for people to crowd the markets and supermarkets prior to the total lockdown, as it can be dangerous and provide an opportunity for Covid-19 to spread.

“Schedule your visits, plan it ahead and avoid weekends or peak hours.

“Check what you need and restock those items, it would

also be better to go to marts and sundry shops near your house, ” he said.

He warned retailers and traders against hiking prices, saying that stern action will be taken against those who do so.

“We found that a majority of them only spend an average of about an hour shopping, ” he said. 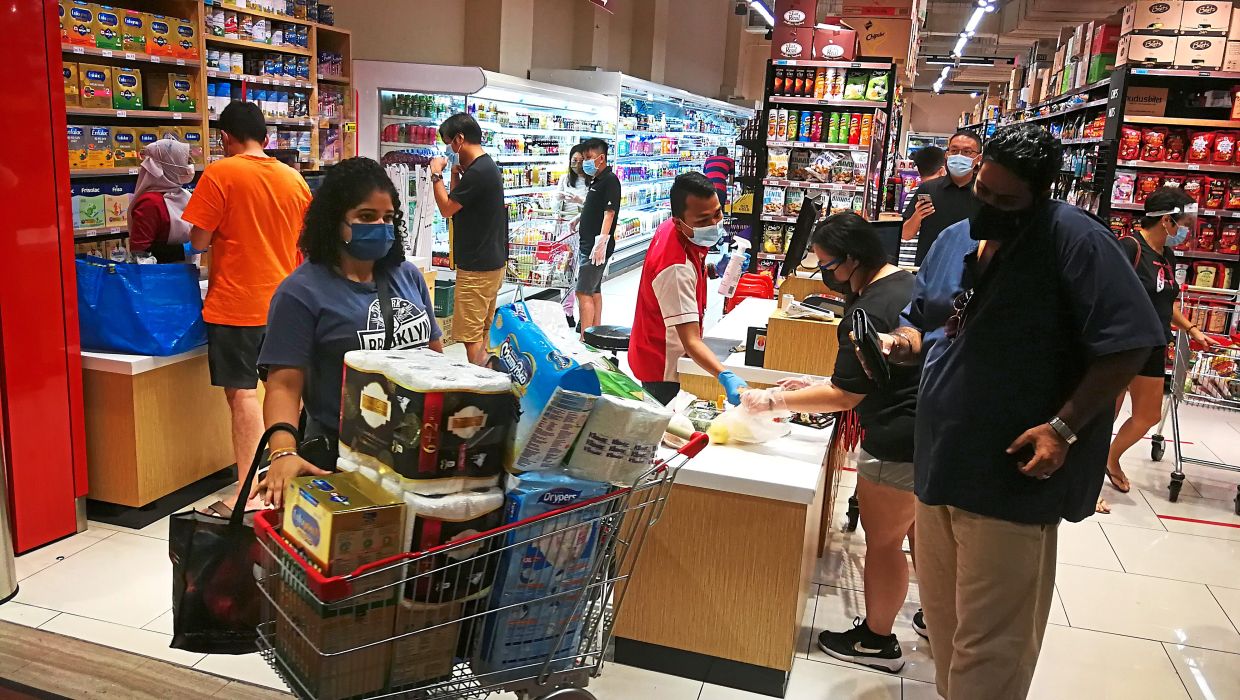 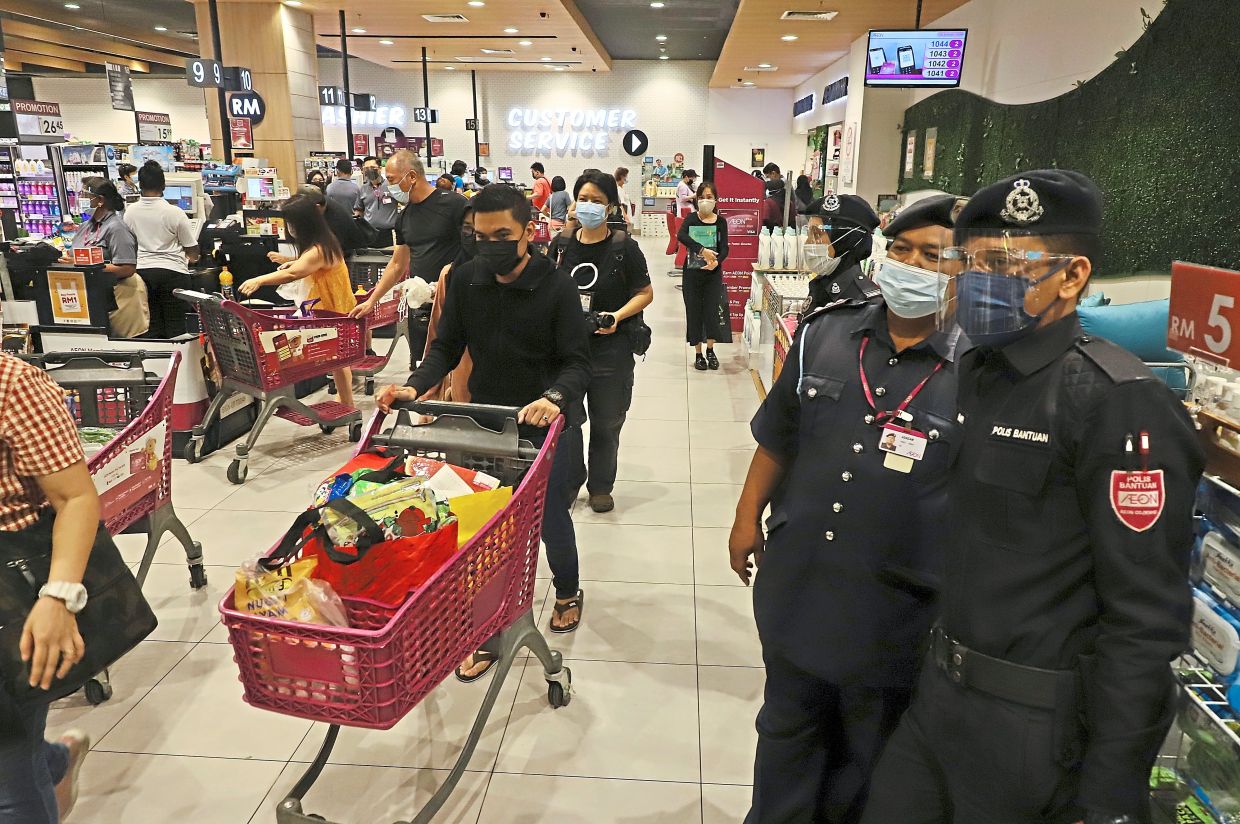 Thanaletchumi (right) with her mother Selvi at Little India, Penang.

A long human chain stretching shoplots outside a popular supermarket in Bayan Lepas, to stock up for the coming lockdown, in Bayan Lepas, Penang. (May 29,2021) - LIM BENG TATT/The Star

Enforcement officers keeping a close watch as shoppers fill up their trolleys at a supermarket in Bayan Lepas, Penang. – LIM BENG TATT/The Star