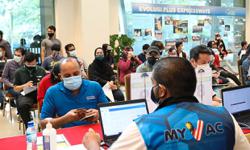 MONDAY is the last day for stakeholders to give feedback on Selayang Municipal Council’s (MPS) Draft Local Plan (Replacement) 2030.

“I urge all residents to take this opportunity to submit their views, suggestions or objections before the plan is gazetted, ” he said during the council’s full board meeting yesterday.

The new local plan will replace the existing MPS Local Plan 2020 which was gazetted in January 2011 and expired at the end of last year.

The new local plan will be the main reference point in terms of development within a local area, to avoid conflict in land usage.

The draft plan is available for public viewing until May 31 at three locations — MPS headquarters, Gombak Land Office and Level 16 of Selangor PLANMalaysia.

Meanwhile, Cheremi said that up to April 30, MPS collected RM49.57mil in assessment taxes, which was 92% of the RM54mil expected.

“As for the collection of assessment tax arrears, we managed to get RM4.67mil or 57% of the RM8.15mil in total arrears.

“Some 29,641 warrants were issued to those who had outstanding arrears of more than RM200.

“They were sent out beginning April 16.

“A reduction in the warrant fine will be considered for property owners who pay their arrears whether in full or by instalments, ” he added.

As MPS had started sending digital assessment tax bills to all registered property owners since last year, ratepayers should register via the MyMPS app or mymps.mps.gov.my portal to ensure they receive a copy of their latest bill.

Cheremi, who is also acting council president, pledged to have an open door policy with staff and councillors to discuss issues. 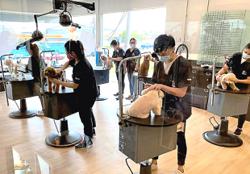