Customers shopping at a grocery store in Gurney Paragon Mall after the mall reopens for business. – K.T. GOH/The Star

SHOPPERS have trickled back to two shopping malls in Penang after the premises reopened following two days of disinfection exercises.

A check by The Star at lunchtime yesterday showed only light crowds at both Gurney Paragon and Queensbay Mall, with the majority coming to get essentials or take away food.

Notably, some retail outlets stayed closed, as the state’s decision to allow them to reopen a day earlier than initially announced caught them by surprise.

Among those met at Gurney Paragon was coffee shop owner Tan Choon Theng, who said he regularly gets supplies at the grocery stores here.

“The mall and its outlets would have sanitised their spaces well over the past two days. 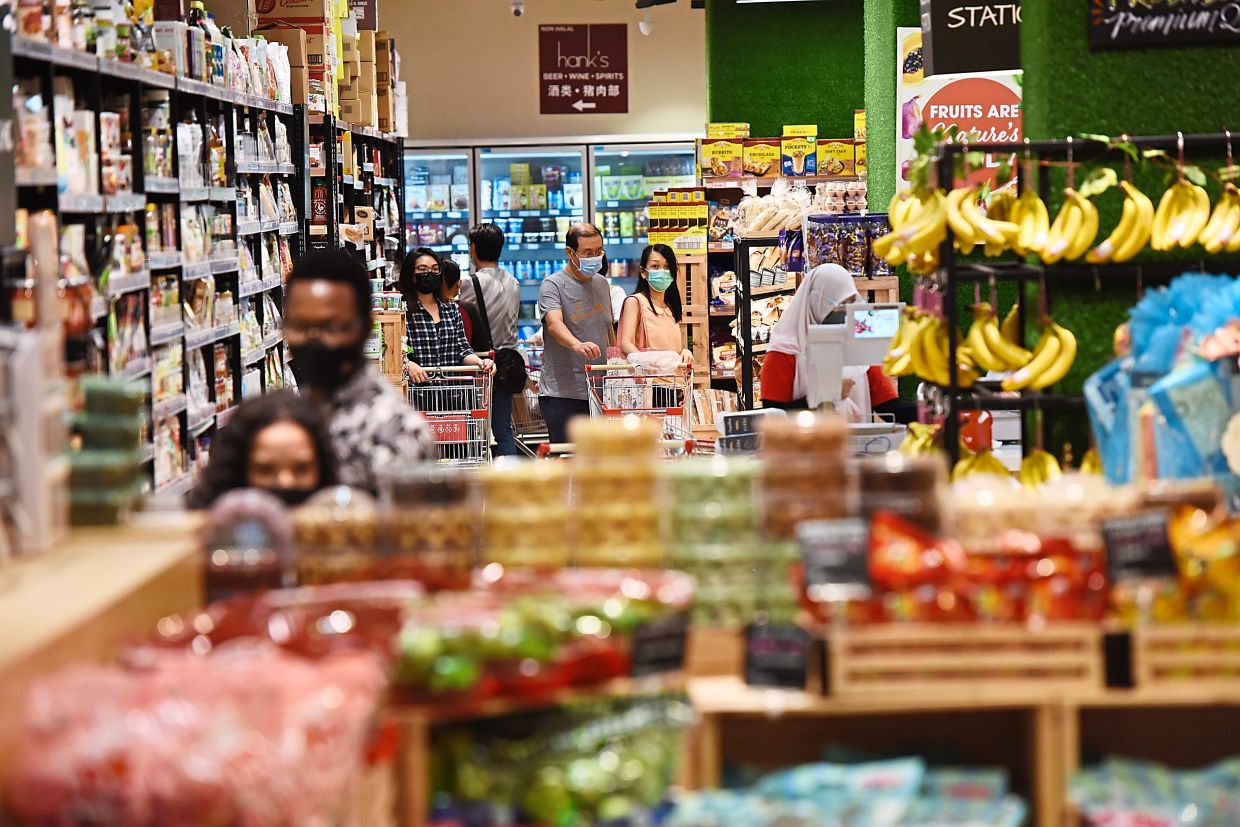 “And with fewer people around, I feel it’s safer than most other places.

“As long as everyone continues to comply with SOPs, I’m comfortable shopping here, ” he said after buying some fresh produce, meat and dairy items.

“We’ve mandated all tenants to clean and sanitise their outlets according to guidelines issued by the Health Ministry.

“Only shoppers who display ‘low risk’ status on their MySejahtera app will be allowed in.

“We’re working closely with the authorities to ensure a safe shopping environment for all, and are also giving out a packet of face masks to those who have registered for vaccination via MySejahtera, ” she added.

Matt Tan, who runs a food stall at the mall, is deeply concerned by the impact of the latest round of MCO.

He said sales plummeted by around 90% whenever no dine-in was allowed.

“There aren’t many who come for takeaway. We offer delivery, but the market is saturated with vendors.

“On regular days, we typically sell about 50 or 60 plates by lunchtime.

On Sunday, the two malls along with a supermarket and manufacturing firm in Penang were ordered to close for three days after being flagged by the Hotspot Identifica-tion for Dynamic Engagement (HIDE) system.