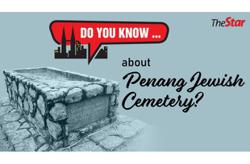 SITUATED on the fringes of George Town is the Penang Jewish Cemetery, believed to be the oldest Jewish cemetery in South-East Asia.

History researcher Clement Liang, 59, said the 38,087sq ft cleaver-shaped plot in Jalan Zainal Abidin was the only cemetery established exclusively for the Jewish community in Malaysia.

There are currently 107 graves located at the cemetery which was established in 1805.

“There are two main groups of Jews buried here – the Baghdadi Jews and the Ashkenazi or European Jews, ” said Liang when met at the cemetery.

“The graves of the Baghdadi Jews mostly took the form of triangular vaulted lid caskets, resembling ossuaries commonly found in the Middle East, whereas the European Jews have big gravestones.

“The first burial took place on July 9,1835. The grave belonged to Rachamah Levi, an English-woman who donated the land where the cemetery stands.

“The most recent tombstone dated 2011 is of David Mordecai, a former E&O hotel manager and believed to be the last ethnic Jew on the island.

“The grave of English lieutenant Eliaho Hayeem Victor Cohen, who was killed in an accident on Oct 10,1941, is here too, ” he said.

The cemetery is managed by a board of trustees established and registered in 1885.

“It is still open for Jewish burials, ” said Liang.

The Penang Jewish Cemetery is open to visitors on an appointment basis and there is a caretaker who stays there.

“Penang’s only synagogue was located in Nagore Road in 1929 but it has been converted into a cafe.

“All Jewish religious and community services such as circumcisions, bar mitzvahs and weddings were held in the downstairs area of the historic shophouse while the family of the Hazan (leader of the synagogue) lived upstairs, ” said Liang. 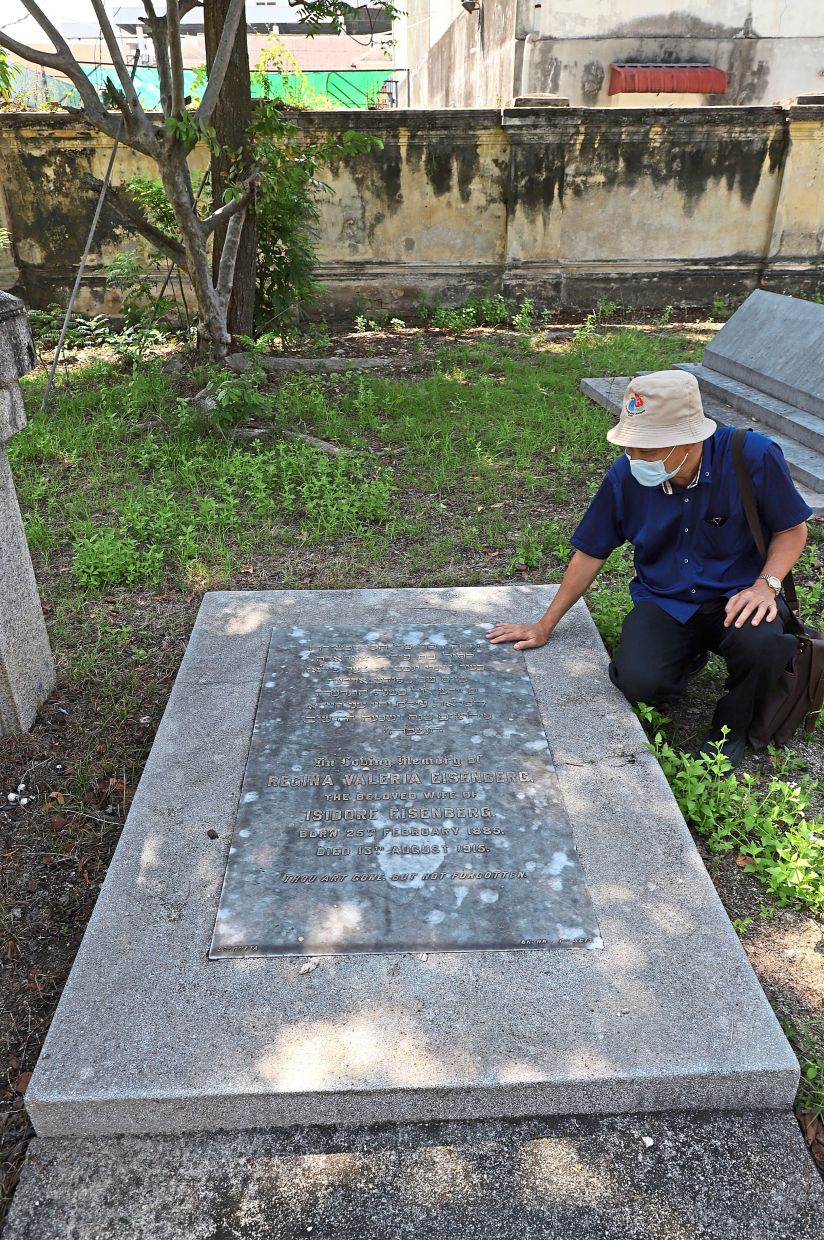 Liang leaving a small rock on the grave of Mordecai.

Liang looking at one of the Jewish graves.

The cemetery is still open for Jewish burials. 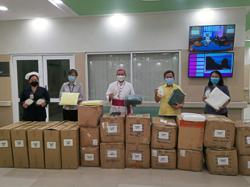