The Smart Selangor free bus service is one of the state government’s initiatives to encourage use of public transportation. — IZZRAFIQ ALIAS/The Star

THE launch of the ninth Smart Selangor bus route in Shah Alam marks the first of such service for the Sungai Kandis constituency.

It is also the first time a smaller bus is being used.

Service for the SA09 route under Shah Alam City Council (MBSA) started running on May 1.

“A smaller 8m-long bus is used for SA09, compared to the usual 12m-long ones, to make it easier to navigate the narrower roads around the kampung area.

He said MBSA had allocated RM1.1mil to run the SA09 route.

Four buses are used for SA09, which covers a 21km journey (to and fro).

Sungai Kandis assemblyman Mohd Zawawi Ahmad Mughni was glad that the Smart Selangor bus route had materialised two years after his office requested for the service.

“It is expected to benefit some 15,000 people living around Kampung Jalan Kebun alone, ” he said.

Mohd Zawawi said previously, there was a bus number 27 that served this area to Klang, but the service was stopped, likely due to poor ridership.

According to MBSA, the bus operates daily from 6am to 10pm.

It runs at a 15-minute frequency during peak hours and 25-minute intervals during off-peak hours.

The loop starts and ends at Aeon Big in Bukit Rimau, Section 32, which also serves as a stop to connect commuters to the SA06 and SA08 routes.

The existing eight routes are covered by 35 buses.

“In total, there are now 50 routes and 172 buses under the free bus service throughout Selangor, including PJ City Bus.

“Malaysians can use the Smart Selangor bus service for free, while foreigners are charged 90sen per trip, ” said Ng.

The fee imposed on foreigners came into effect on March 15,2021.Payment for Smart Selangor bus fare is done through the “Scan to Ride” function on the Citizen E-Payment (Cepat) app.

“Between March 15 and April 20, a total of 29,540 Malaysians and foreigners registered as bus users and RM33,021 was collected from the service in Selangor, ” said Ng.Also present at SA09’s launch, which included a quick ride for guests and media, were Kota Raja MP Mohamad Sabu, Kota Kemuning assemblyman V. Ganabatirau and acting Shah Alam mayor Mohd Rashidi Ruslan. 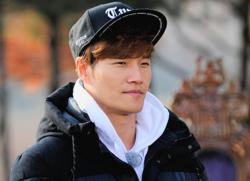