THE International Trade and Industry Ministry (Miti) should refine the development of the ‘Safe@Work’ programme within factories and involved industries in the country.

Penang Chief Minister Chow Kon Yeow said the state was urging Miti to provide more details about the programme for involved industries without neglecting small and medium industries as well as companies.

“As suggested by the Health Ministry in a Covid-19 management meeting on Wednesday, Hotspot Identification for Dynamic Engagement (HIDE) will be used as the latest approach to handle the increase in Covid-19 cases in the country.

“This means the use of HIDE where contact tracing would be done through the MySejahtera check-in application to identify the locations which could potentially become clusters will be used as a latest approach.

“This includes the use of machine learning.

“As such, the state urges Miti to refine the development of the ‘Safe@Work’ programme among factories and involved industries, which was supposed to have begun back in April 1, ” he said in a statement yesterday.

Meanwhile, Chow also called for the national immunisation programme for economic frontliners to be sped up in order to prevent the increase in cases, especially among factories in the state.

He added that for the education cluster, the state hoped that the state Education Department and state Health Department could form close collaborations in identifying close contacts.

“We hope they can tighten ‘gatekeeping’ controls at each educational institution in the state.”

An Rt of less than one means that an outbreak is subsiding while an Rt above one means that the virus is spreading, with each contagious person infecting more than one other person.

“Regardless, we need to continue taking precautions by adhering to the tight standard operating procedures (SOPs).

“Based on data from the state Health Department up to Thursday, there are 15 active clusters in the state.

“Among these clusters, eight involve factories, three education, two social, one detention and another of others.

“Based on the current situation, a few decisions were made and although these may restrict public movements, such approaches are to ensure that everyone continues to be safe, ” he said. 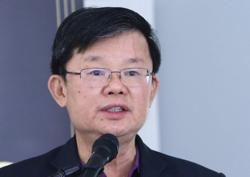