Fenced gates such as these set up in Section C help ensure an orderly queue into the Ramadan bazaar.

DARK and heavy clouds were hovering over the city centre when a crash of thunder rumbled through the sky, and the patchy drizzle turned into a downpour.

At the Lorong Tuanku Abdul Rahman Ramadan bazaar, traders scurried to put up plastic sheets around their tents to protect their goods from the rain.

“It has been raining every day this week, ” a trader said as he rushed to put away his baju melayu stock inside his tent.

Soon enough, the rows of stalls lining the narrow street were neatly kept away behind plastic sheets and the hive of activity from before quickly died out.

But the traders said evening thunderstorms were the least of their worries, as they struggled to make a sliver of the profits they enjoyed in past years.

Some of them complained that the strict Covid-19 standard operating procedure by Kuala Lumpur City Hall (DBKL) was turning shoppers away and putting a dent in their business.

Trader Ellia Surya Sabaruddin, 40, who sells traditional wear, said many visitors were not keen to wait in a queue to enter the cordoned-off bazaar.

“Those who got in and visited my stall told me they had to queue for about 10 to 20 minutes before they could enter.

“The queueing area is not covered, so visitors are exposed to hot sun or rain, ” she said.

A check by StarMetro found that the bazaar was divided into four separate sections, starting from Campbell Complex to the Malayan Mansion in Jalan Masjid India.

Visitors to each section is given a tag, which they must return before exiting. They must queue again and obtain another tag to enter another section.

In a statement on its Facebook page, DBKL said the number of visitors to each section was limited to twice the number of stalls inside.

Visitors were told to start from Section A in front of Campbell Complex then continue on to sections B, C and D and not double back.

Ellia hoped that DBKL would consider raising the limit on the number of visitors, especially as Hari Raya Aidilfitri drew closer.

Having forked out some RM30,000 for her stall, the single mother of seven hoped to turn a handsome profit this year to make up for the lack of income last year.

Another trader, Fatah Idris, 47, who sells baju melayu, proposed that DBKL create two entrances instead of one for each section.

“Many people come here to survey prices before deciding whether to buy.

“With the current arrangement, they have to take a long detour and queue again if they want to go back to an earlier stall,” he said.

Fatah, who has been trading in the city centre for the past 12 years, however, is optimistic that footfall will pick up in coming days.

The Ramadan bazaar was moved back to Lorong Tuanku Abdul Rahman this year after the relocation to Jalan Raja in Merdeka Square two years ago amid much fanfare.

Last year’s Jalan Raja bazaar was supposed to operate from May 1 to 24 but was called off due to the implementation of the movement control order.

Biscuit and tidbits seller Abdul Razak Hassan, 33, said the economic downturn coupled with the ban on interstate travel proved to be a double whammy for small businesses.

“In past years, this bazaar was not only frequented by Klang Valley folk, but also people from other states, ” he said.

The singleton from Setapak, who operated in Jalan Raja in 2019, said this was the worst in terms of business in the last five years.

“Business was slow to kick off in Jalan Raja, but it eventually picked up steam after the first week.

“I am not sure if the same will happen in Lorong Tuanku Abdul Rahman this year, ” he said, adding that he forked out RM10,000 to do business this year.

Abdul Razak rebuffed calls by certain quarters to review the permission for Ramadan and Hari Raya Aidilfitri bazaars to open.

“The government must also think about the traders who don’t have a steady paycheck. We need to earn an income too.

“The virus is not going away anytime soon, and we cannot close the economy forever, ” he said.

Another biscuit seller, Zaidi Mohd Nor, 47, said he cut his capital by half this year in anticipation of less business.

The father of one from Selayang, who had also set up a stall in the previous Jalan Raja bazaar, was grateful for the extension of bazaar operating hours to 2am.

“This allows for a bigger time window for people to shop, as they usually go out after terawih prayers, ” he said when met on a weekend.

Not everyone was onboard with the traders’ request for a more relaxed SOP.

A visitor who only wanted to be known as Haziq, 34, urged DBKL to be firm in the interest of public safety.

“Everyone must understand that we are in the midst of a pandemic.

“There is a need to balance between economic activities and public health.

“At least now the traders can do business, albeit not at full capacity, ” he said, adding that the 2am extension was unnecessary.

She stressed that all Malaysians must remain vigilant in view of the rising number of Covid-19 cases.

“The precautions by DBKL are necessary to prevent a Covid-19 cluster from emerging.

“If a cluster happens, the whole bazaar must close and the traders will lose more, ” she pointed out.

A taskforce unit would take over patrol duty after midnight, he added.

When contacted, a DBKL spokesperson said the authority was steadfast in its decision not to review the limit on the number of visitors, so as to comply with the guideline from the National Security Council.

He advised shoppers to plan ahead and come earlier in order to avoid congestion at the bazaar.

“The crowd is manageable during the day.

“But footfall tends to peak after 10pm and it is most crowded after midnight, ” he said, adding that the taskforce unit comprised personnel from the Licensing and Health departments.

Another issue at the site is shop operators complaining that the bazaar is blocking the view of and access to their premises.

Textile shop worker Dewi Samsunar, 32, said the narrow space between the bazaar’s fences and the brick-and-mortar shops was keeping shoppers away.

“People also have to walk a fair distance and exit a section of the bazaar first to come to the shops as they cannot go through the fence, ” she said.

Another shop worker, Suliasti Haryono, 29, however, said the bazaar proved to be a crowd-puller.

“Those who are not keen to queue to enter the bazaar are opting to shop at our premises instead, ” she said. 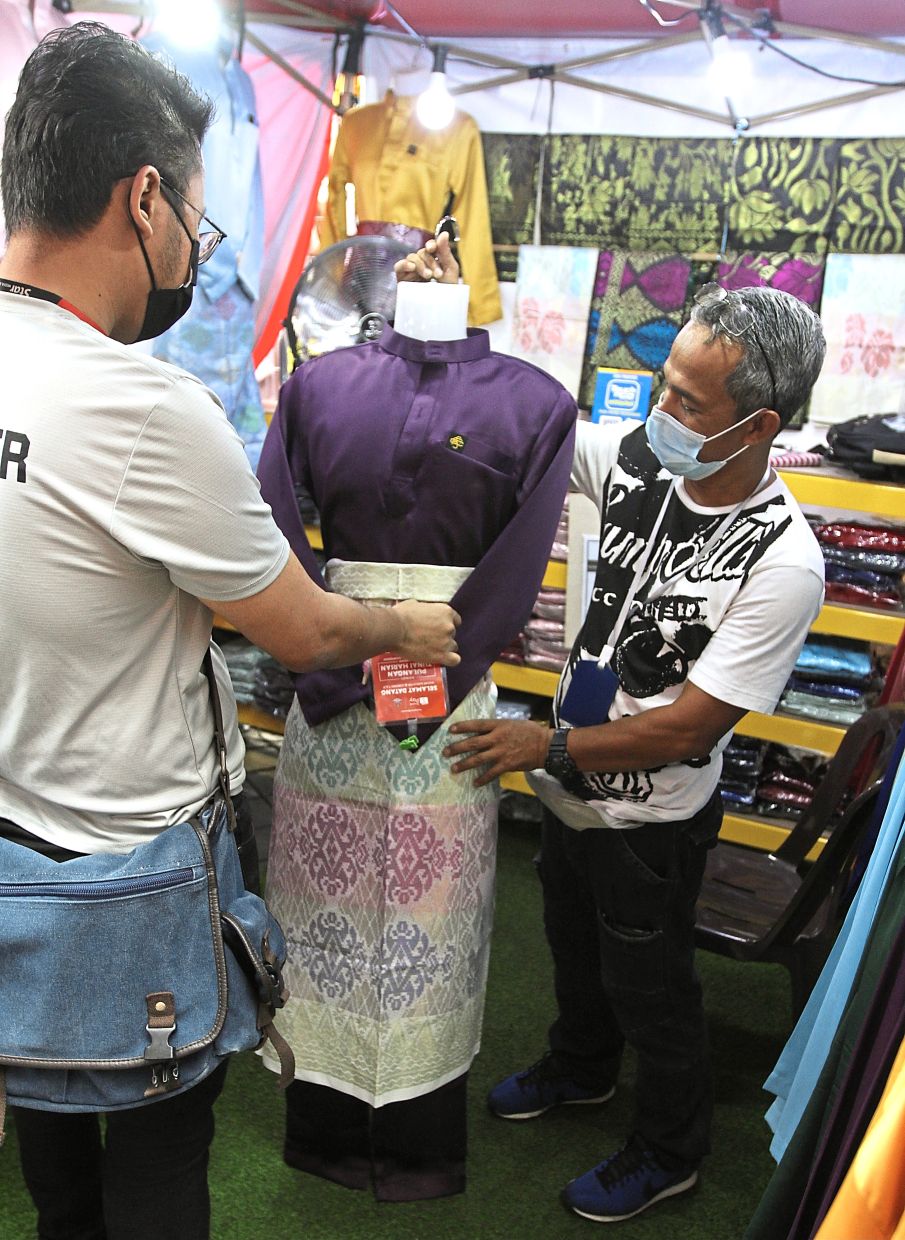 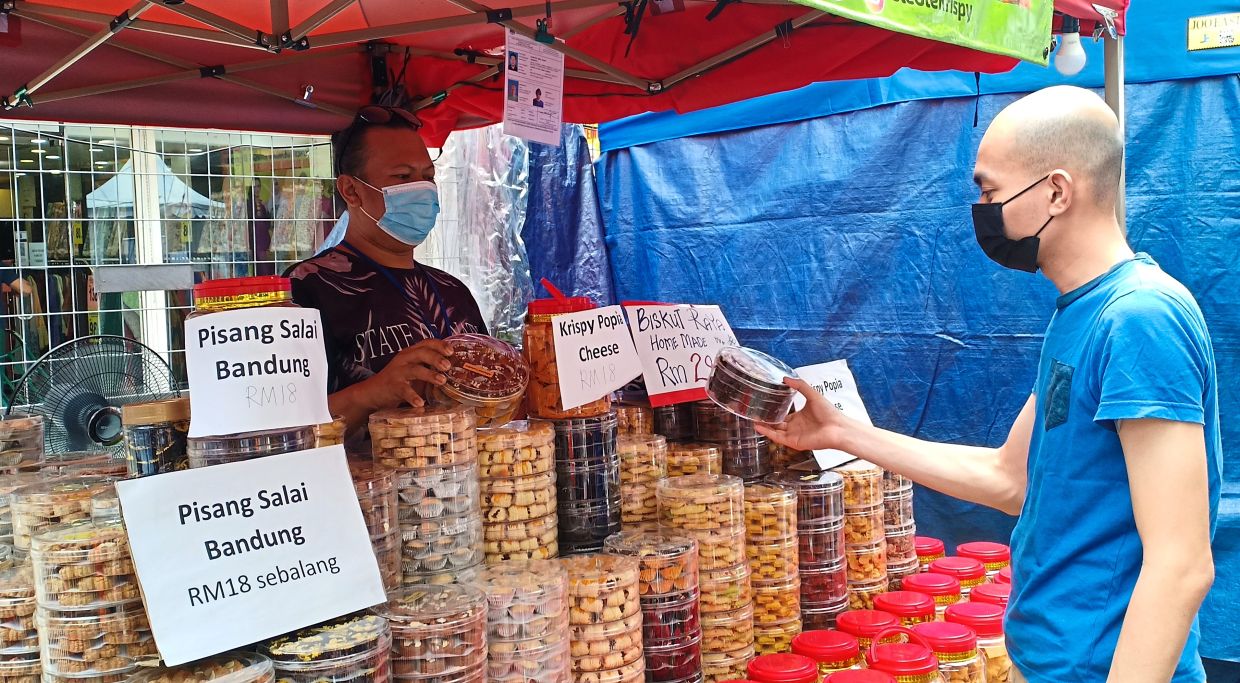 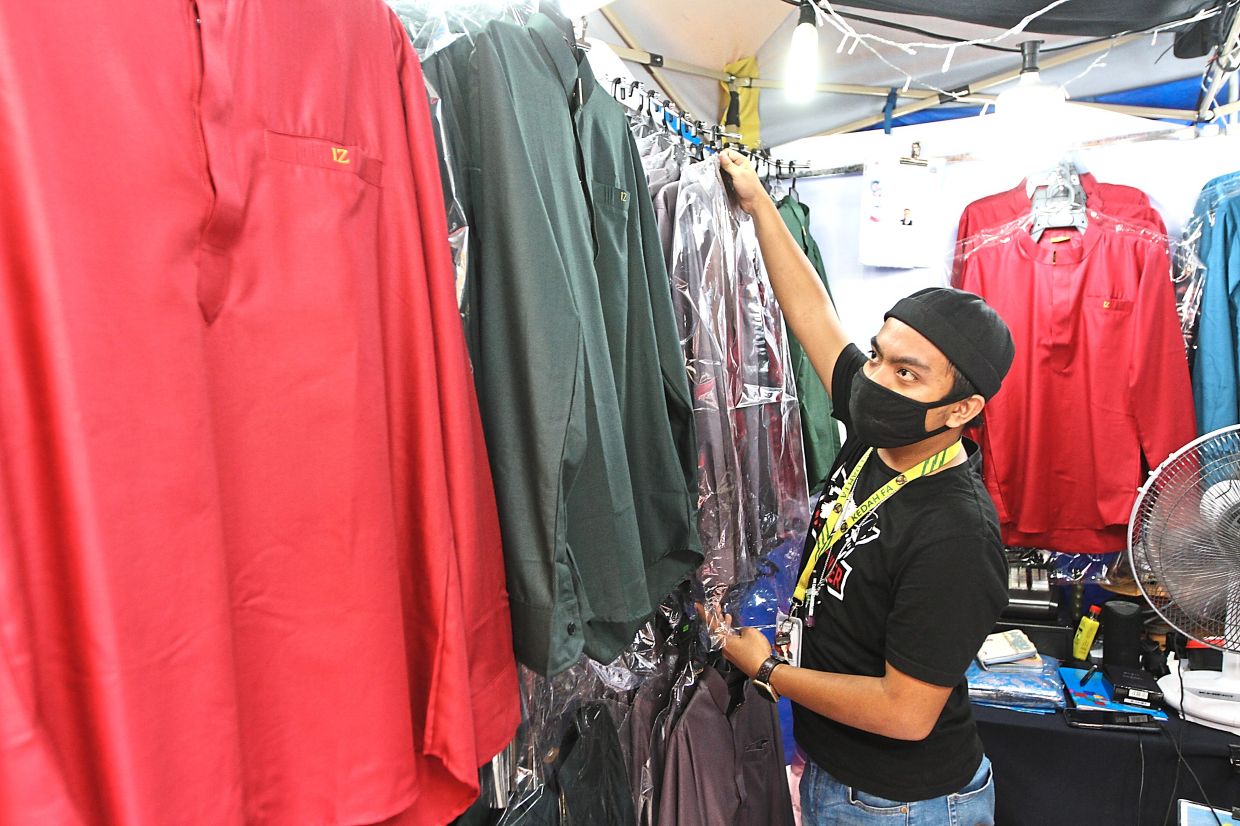 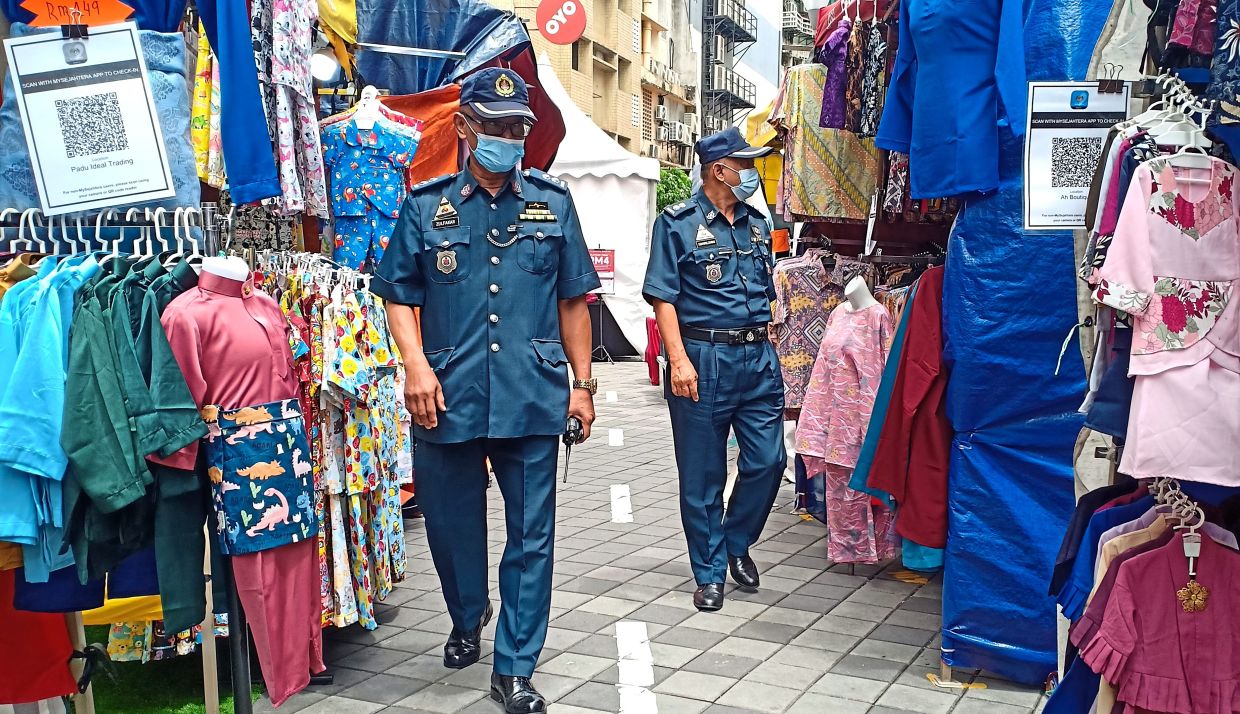 Fatah attending to a customer at his stall in the Lorong Tuanku Abdul Rahman bazaar.

Zaidi (left) showing his variety of cookies to a customer and trying to make a sale. — Photos: RAJA FAISAL HISHAN, LOW BOON TAT and FARID WAHAB/ The Star