Guar Kapar MPKK chairman Mohd Yusri Mustafa said due to the movement control order, the number of participants was limited.

The MPKK also gave zakat (tithe) vouchers each worth RM100 to eight needy people to reduce their financial burden during the fasting month. 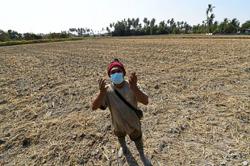