Bringing the world to your doorstep Children admiring the panda and lion figurines in the exhibition’s China segment at the Esplanade in George Town, Penang. — LIM BENG TATT/The Star

FRET not about having to cancel your travel plans because of the Covid-19 pandemic.

Now you can ‘travel around the world’ and take in the sights of iconic landmarks such as the Statue of Liberty in the United States of America, London Bridge and Big Ben in London as well as Eiffel Tower in Paris without even having to leave Penang.

These sculptures at the Esplanade in Jalan Padang Kota Lama, Penang, drew admirers including lawyer Atikah Zulkifli, 30, and her colleague Suhaida Abu Hassan, 28.

“Both of us work in Bertam on the mainland but came to the island to meet our client.

“We planned to have our lunch at the Esplanade and were excited to see the cute displays here.

“Since we cannot travel to international destinations for the time being, we spent some time admiring the sculptures of different landmarks here, ” said Atikah, who had to cancel her plans to go to Indonesia and Japan due to the pandemic.

Suhaida, who also used to travel overseas often, said she could not stop admiring the Eiffel Tower sculpture.

“I hope to visit it one day in the future, ” she said.

Technician Shahril Ismail, 31, was at the Esplanade spending his day off with his family when they stumbled upon the displays.

“I brought my family here to have lunch and we were happy to see the beautiful sculptures.

“I used to bring my children aged four and six to the Esplanade to see the decorations put up for different occasions, especially Chinese New Year.

“However, due to the pandemic, I was unable to do so earlier this year, ” he said.

The scorching heat also did not stop primary school pupil Kamal Mustafizul, 11, from admiring the giraffes on display there.

“My favourite animal is the giraffe and I am so happy to see two here, ” he said.

The displays featured landmarks and cultures of countries and regions such as China, Japan, the United States, England, United Arab Emirates, India, France, Australia and Africa.

Among the sculptures are one of the Sydney Opera House and another of Taj Mahal.

“Due to travel restrictions, we need such activities to stimulate domestic tourism and sustain our local businesses.

“Many are dependent on tourism revenue to keep going during this pandemic.

“This is one of the initiatives to strengthen Penang’s domestic appeal and at the same time, lighten up the mood for the locals.

“The inspiration behind it is the project theme of ‘Penang Brings The World To Your Doorstep’.

“We will be showcasing multiple outdoor displays with references to landmarks and cultures of various countries at the Esplanade.

“As the project takes time to set up, we are looking at launching it in May.

“The sculptures will be up for display for around two months depending on public response.”

Yeoh also said that once the interstate travel ban is lifted, tourists from other states would also be able to enjoy the displays. 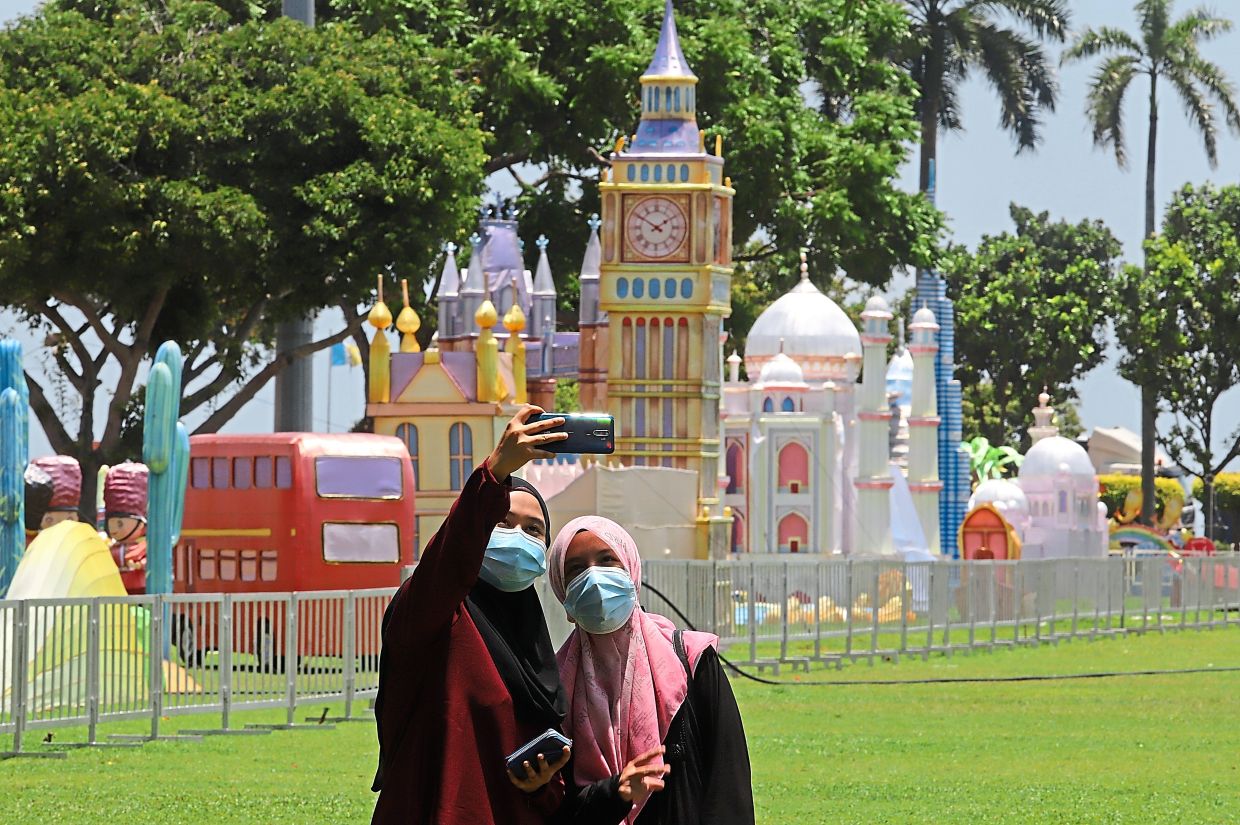 Children admiring the panda and lion figurines in the exhibition’s China segment at the Esplanade in George Town, Penang. — LIM BENG TATT/The Star

Atikah (right) and Suhaida taking a wefie in front of the displays featuring iconic landmarks and cultures of the various countries.

Kamal taking a closer look at the giraffes.

A visitor snapping a photo of an African dancer sculpture at the exhibition.

The Australian segment featuring the iconic Sydney Opera House among its exhibits.