Yeoh (in mustard coloured top) and Taman City Timur residents standing in front of the newly built mutipurpose hall. They are eager to use it and want DBKL to hand over the hall.

RESIDENTS of Taman City Timur in Segambut want Kuala Lumpur City Hall (DBKL) to expedite the process of handing over the management of a newly-built multipurpose hall in the neighbourhood to them, as agreed earlier.

The area’s Rukun Tetangga (KRT) chairman Vincent Yap said residents were eager to resume activities and utilise the new hall. It has three badminton courts that double up as a basketball court and two function rooms, and toilets.

There is a playground nearby.

Yap said the hall, built on government land, previously had an open basketball court that was used by the community and a cabin where KRT meetings were held.

In 2017, the residents had opposed a high-rise development nearby, he added.

The developer then struck a deal with residents in 2018 to build a multipurpose hall for the community at the site, in return for their consent to proceed with the development.

“Our KRT is very active in organising community activities as well as welfare programmes for the B40 and M40 groups.

“With no proper meeting area, we had to meet at restaurants,” said Yap.

He said the badminton and basketball courts would benefit the community.

Segambut MP Hannah Yeoh said the certificate of completion and compliance was issued on Jan 21 and she had written to DBKL twice, on Feb 15 and April 14, requesting for the handover.

She said the hall must be given to the KRT Taman City Timur to manage because it was built by the developer under its corporate social responsibility programme for the residents.

She also highlighted the need for better drainage and irrigation systems in Jalan Kuching to prevent the frequent flash floods that were contributing to the massive traffic jams along the stretch. 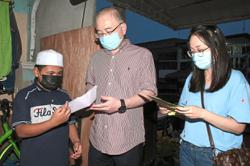 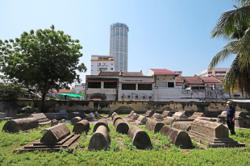