Some of the wooden walls at the Loke Yew and Hang Tuah Public Housing units have started to rot and need to be replaced soon. — Bernama

EVERY time it rains, occupants of the 1,200 Loke Yew and Hang Tuah public housing (PPA) units fear that the rotting and termite-infested wooden walls of their homes will give way.

They get more worried when there are strong winds and thunderstorm as they will be showered by rainwater coming through the walls of their almost 70-year-old flats.

One of the occupants, Mohd Ismail Abdullah, 57, expressed concern over the safety of residents at the public housing units due to their dilapidated condition.

He said the Loke Yew PPA was built in 1968 and the Hang Tuah PPA the following year.

“The dilapidated condition of these units must be addressed soon as some of the wooden walls are already dangling and will give way anytime, ” he added.

Another resident, Mohd Azmi Zakaria, 57, said a few of the occupants had forked out their own money to repair their units, by replacing the wooden walls with concrete.

“I urge the authorities to replace or repair the rotting wooden walls of the houses so that residents, especially children, are not exposed to danger, ” said Mohd Azmi, who has been living at the PPA unit since 1995.

In October 2014, strong winds ripped the already rotting wooden walls of three Loke Yew PPA units located on the 10th, 13th and 18th floors. There were no casualties.

He said the unoccupied, small-sized flats and old structures would be rebuilt with suitable facilities and equipment. — Bernama 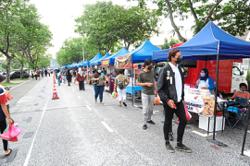 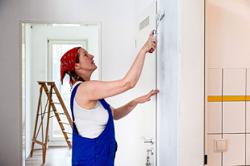