Moving on to new professions 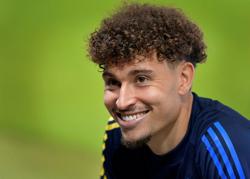 THE outbreak of Covid-19 has brought about change to our lives like nothing before.

At the very least, job security among the majority of Malaysians has been negatively impacted by the decreased economic activity over the past year.

Retrenchment, pay cuts and unpaid leave are just some of the measures taken by businesses to keep afloat, but consequently it left many without a salary for long periods.

Among those retrenched are some who have had to leave their comfort zone to face daunting new circumstances. Lavania has teamed up with her mother to start a baking business.

Some have found a new door opened to them and plucked up the courage to walk through it.

The 27-year-old from Nilai, Negri Sembilan, is now running her own baking business from home with her mother.

It is aptly named Mummy’s Delights and they get orders via Instagram.

“I joined the airline when I was just 19 and I never had a back-up plan.

“When I was retrenched, I wondered what else I could do.

“I had the option of joining my parents in the logistics industry. But I don’t want to do that as I am not the type to sit in an office.”

Lavania said her decision to partner up with her mother came organically, from just helping out with cooking during the MCO to one day sending cream puffs over to her friend who had organised a gathering.

“Everyone got excited about the cream puffs my mum made, so I thought maybe we should start marketing her food online.

At first, Lavania was only managing their social media accounts and helping with packing the goods.

But now with more orders coming in, she gets involved with the baking too.

“Along with my three sisters who help out whenever they can, we learn from one another despite the normal disagreements.

“We somehow find a way to make it work and that has brought us much closer.

“It was something I could never have done with a full-time job.”

She said family was the most important foundation one could have and that fact was apparent to her more than ever before after finding herself suddenly out of a job.

Lavania said although she missed flying, she would be fine even if she was not able to work as a flight attendant again.

“From earning what I did to having zero income was a hard reality to face.

“I didn’t have enough savings but luckily my family was very supportive.

“Still, eventually it did feel like I was living off them for free and I decided to do something about it.”

Her endeavour now may not have the same trappings of the lifestyle she once enjoyed, but she finds it rewarding in its own way and decidedly better than having no income.

“I feel blessed because business has been quite good for us, with most orders coming from those living around us in the Nilai area.

“We bake a good range of items that are priced from RM10 onwards.

“Nowadays we try to take as many orders as we can, but we make sure that we can deliver them on the day it is baked. So this means we start baking from around 3am to 11am before delivering the orders.

“I am lucky to be able to earn about half of what I did when I was with the airline.

“It is a comfortable amount but obviously I won’t spend lavishly, and we put back into the business much of what we earn.”

She said her friends who were also retrenched from the airline did not have it so easy and had to move in together in a rented house to save money.

“Most of them are doing online businesses as well while some are doing direct-selling to make ends meet.

“I hope things will get better and in time the industry will recover to take back those who are still waiting to fly again, ” said Lavania. Moi says hard work and luck helped him transition into his new career as an insurance agent.

From ice hockey to insurance agent

For former ice hockey coach and sports facility manager Moi Jia Yung, losing his two jobs has taught him not to be overly comfortable with what he has.

“I was laid off from my first job two months after the first movement control order started. And then my coaching contract was not renewed.

“But I was lucky to have enough savings to keep me afloat for a while.”

He was getting ready to embark on his next profession as an e-hailing driver but said he did not get a response from the company, possibly because there was a glut of drivers at the time.

When that didn’t pan out, he turned to selling insurance for a living.

“Thanks to being involved in sports as an athlete and coach, I had the mental strength to help keep a level head throughout the transition, ” said Moi.

He said there were many others who joined the insurance agency at the same time he did, which made him want to strive harder in his new career.

“It was daunting at first but what was important was the support from my wife, who encouraged me through that period, ” said the 36-year-old from Shah Alam, Selangor.

“I was also fortunate enough to be accepted into a fast-track programme which came with some bridging income that helped me pay off my housing and car loans.

“I invested about RM3,000 to buy a mobile device, some new clothes and pay for the professional exam before joining the company, all of which I made back in the first two months.

“The rest was hard work and my own effort to study for the exams and learn the skills from the in-house trainers, ” he said.

Looking back, Moi realised that being retrenched changed the way he looked at income.

“Before losing my previous job, I used to like to spend what I earned.

“Now I just put everything into my savings first, because it gives me a safety backup in case I don’t do well later on.”

On his career change, he said: “I never expected to do okay in this new line; it is a different world and I have to work harder because I earn based on commission.

“Selling insurance is like being a businessman because I feel like I am working for myself, and not working directly as an employee in a company.

“This is a long-term job as it takes time and effort to grow and develop professionally. It is definitely not something one tries for a few months and then give up, ” he said.

Moi said the idea of enabling others to protect themselves and their families financially made it easier for himself to take up the job.

“It is a competitive environment and we have to always update our clients of the latest coverage plans and products to ensure their best coverage, ” he added. From drawing a five-figure salary as a commercial pilot to being retrenched at the end of May 2020, Hany Farhana Abd Khalid took the news of her retrenchment so well that it even shocked some of her family members.

After flying for over 12 years, she now teaches people how to tidy up their homes and lives following the Konmari Method of tidying expert Marie Kondo.

Hany also runs a sewing and embroidery class for children from a studio in Puchong, Selangor, in addition to making custom pillowcase and soft toys on her Instagram account @captain.crafter.

“I was mentally prepared for it and actually very positive about the whole thing, ” said the 34-year-old from Putrajaya.

“I think over the years I have been able to develop the mindset to not blame anything, ” she said, pinpointing its beginnings to when she found out about Konmari which she noted was not just a system for tidying up.

“If I was retrenched before I adopted that mindset, things would be different and I would probably have been depressed, ” she said, adding that she was thankful for the life she had as a pilot.

“My husband was shocked by the news.

“At the time, I had enough savings but my husband and I had high commitments and his business was also suffering from the effects of MCO.”

Despite her love of flying, Hany knew life had to go on and she had to look for what she wanted in life next.

“It was a matter of being ready to embrace the drastic changes, although I did feel that this was simply just a break for me.

“But I also felt like maybe there was something better ahead, ” she said.

She had tried to apply for office jobs but did not get any response.

Naturally, the realisation of what helped her stay positive through the retrenchment experience also led Hany to invest herself in becoming a certified Konmari consultant.

“If my consulting business goes well and I get to educate people about the Konmari concept, then I will probably just fly as a hobby because I have been passionate about flying from a young age.”

These days, she splits her time between her consultancy, teaching sewing, selling her customised pillows and finishing the bachelor in business degree course she is doing on a part-time basis.

Despite living off her savings and her current income which is only 10% of what she previously earned, Hany remains positive about the future.

Her advice to those who have been retrenched or on long periods of unpaid leave is to first look at the situation as if it is the start of something fresh and not solely the end of what they know well.

“Try to learn something new and keep on improving yourself as it occupies the mind.

“It will be something you can be proud of despite being retrenched.

“All I did for the past 12 years when I flew was the same thing as my job was repetitive, but since I was retrenched I tried to learn as much as I could and one of the skills I picked up was developing my own website.

“Plus, I have also learned to see the opportunities that are around me.”

Hany said one of the biggest obstacles was the expectation of salary and that one must be prepared to start from the bottom again.

“We have to start somewhere.