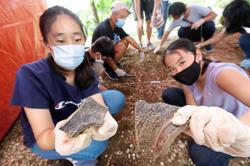 THE Federal Government has approved a total of RM10mil to develop the Guar Kepah Archaeological Site in Kepala Batas, Penang.

She, however, said the site needed more funds to become a gallery complete with interactive and smart technologies with 3D elements.

“Currently, the RM10mil will be used to build a proper gallery at the site, where actual development work will commence by early next year.

“The overall budget will be sufficient to build a heritage gallery, but it will not be enough for additional features such as interactive panels, green technology and 3D elements. 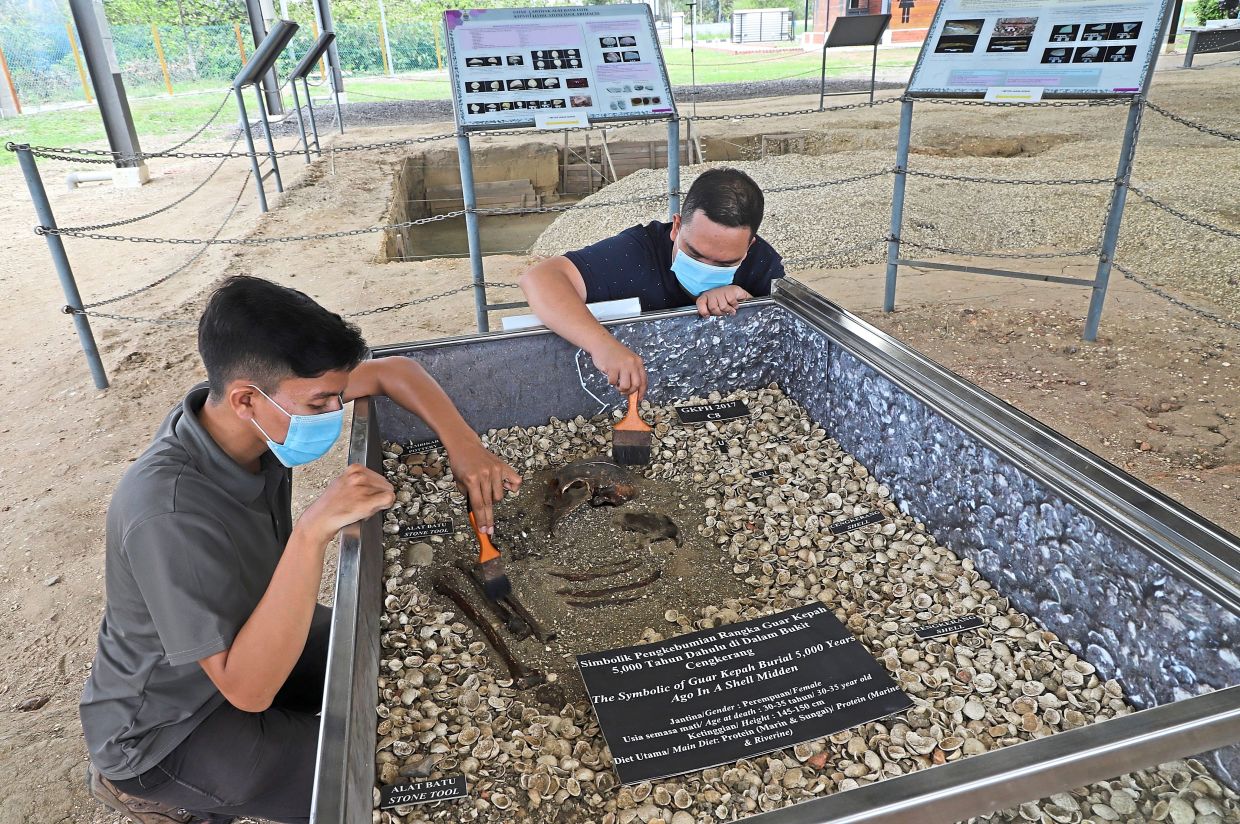 “All these features will cost more and CMI, through NCIA, will submit another application for additional allocation to fund for the gallery’s improvisation.”

Bharathi added that the RM10mil would be dispersed in two phases – the first part in this year and remaining balance for next year.

“Now, NCIA is in the midst of procurement of consultants to build the gallery.

“On our part, we will give our conceptual design and plan for the gallery that we wanted, ” she said. An ancient stone tool that was dug up at the archaeological site.

The 2.39-acre Guar Kepah Archaeological Site was the site where archaeologists discovered the Neolithic skeletal remains of ‘Penang Woman’.

The ‘Penang Woman’ was discovered when the area was dug up to lay the foundations for the Guar Kepah Archaeological Gallery in April 2017 at a spot near the Penang-Kedah border, about 28km from Butterworth.

Located less than 20km from the Sungai Batu Archaeological Site in Kedah, it is also home to the first and only Neolithic skeleton of a woman found in a shell midden in Malaysia.

Shell middens are mounds of kitchen debris consisting of shells and food remnants, which hint at ancient human settlements or burial sites.

The skeleton, which was found almost fully intact, was named Penang Woman. Remnants of pottery found together with the remains of Penang Woman.

In May 2017, radiocarbon dating carried out in the United States showed that the remains of the ‘Penang Woman’ discovered in Guar Kepah was approximately 5,710 years old.

Although her legs were partially destroyed due to digging works, her arms were folded and she was found surrounded by pottery, stone tools and several different types of shell – indicating that she might have been someone important in the past.

The skeleton at the actual site on display, however, is a replica while the real artefact is actually under careful conservation at Universiti Sains Malaysia (USM). 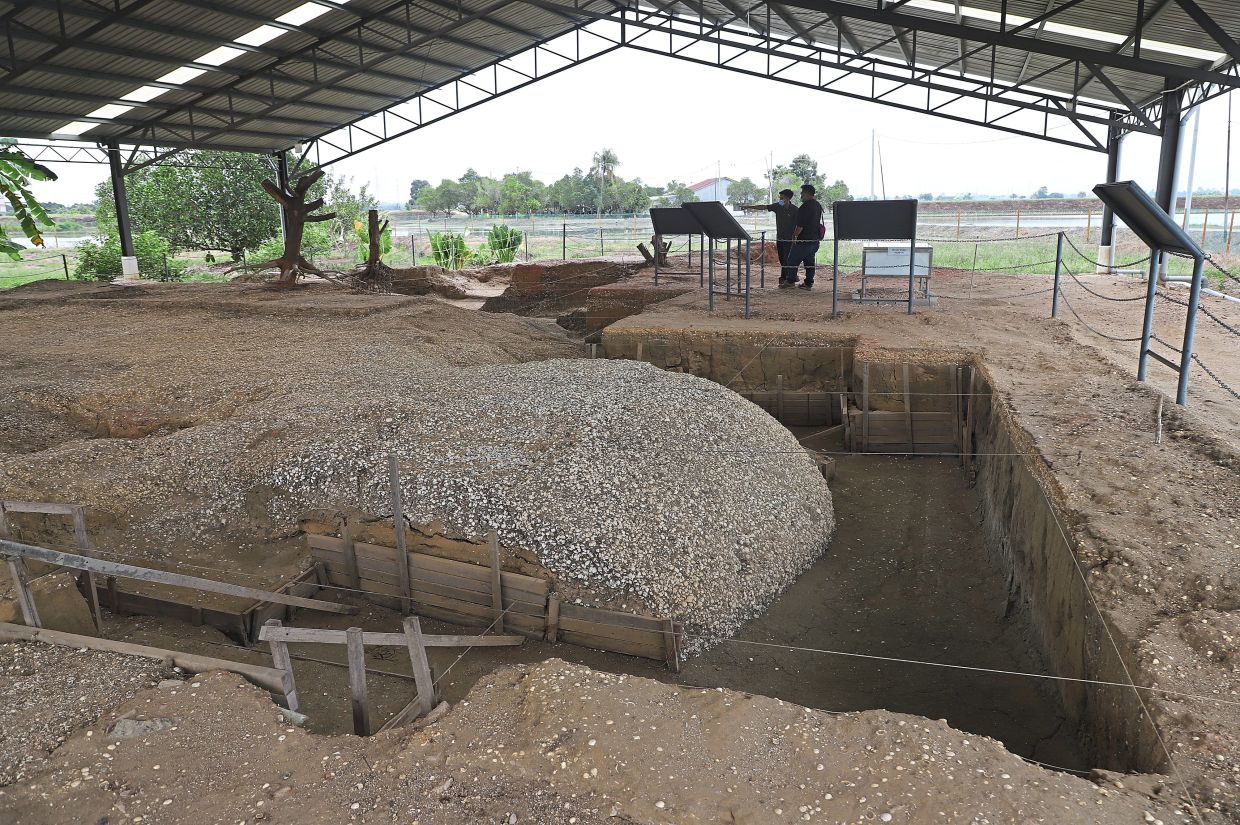 A general view showing the excavation area of the Guar Kepah Archaeological Site in Kepala Batas on mainland Penang.

Other 41 skeletons that were excavated in Guar Kepah by British archaeologists between 1851 and 1934 are now kept at the National Natuurhistorisch Museum in Leiden, Holland.

A visit by The Star on Tuesday found that the Guar Kepah site was guarded by a security guard and manned by two archaeological assistants from CMI.

The Star team was briefed by the two archaeological assistants during the short visit at the site.

Archaeological assistant Muhammad Hafizuddin Abdullah said the findings proved that Guar Kepah is the only site in peninsular Malaysia with ancient human settlements close to the marine environment. A closeup of the replica of Penang Woman at the Guar Kepah Archaeological Site.

“The Penang Woman’s remains has also confirmed that it is the only prehistoric human settlement in the state, ” he said.

Muhammad Hafizuddin said during the movement control order (MCO) last year, the site was closed to the public and was only opened after the MCO was lifted with strict standard operating procedure.

The site is open every day from 9am to 5pm, except Saturdays, Sundays and public holidays. Entrance is free. 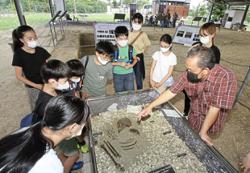 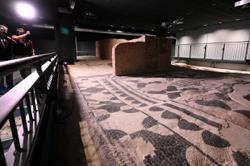