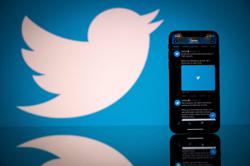 Nestle (M) Berhad has launched the second phase of its recyclables collection initiative in Petaling Jaya, following the success of the pilot programme last year.

This time around, the areas that will be covered are Kota Damansara, Mutiara Damansara, Tropicana and Damansara Indah, Aman Suria and Taman Bukit Mayang Emas.

The first phase, which kicked off in October last year, saw the participation of 8,300 households in Ara Damansara and Bandar Sri Damansara.

He said much effort went into ensuring that the residents were aware of the initiative and learned to identify recyclables as well as how to separate them properly.

“The residents have been actively involved and have even contacted us personally, informing us of delays in pick-up and giving suggestions to make the process more efficient.

“This demonstrates the will and capacity to do good is inherent in Malaysians. With the right platform and resources, they will mobilise for positive change, ” he added.

Aranols said with the positive outcomes, he was pleased to welcome another 11,800 households into the programme.

“Scaling up the programme will help create a greater impact and improve recycling rates in the city.

“We also hope to be able to inspire mindset and behavioural change when it comes to encouraging the habit of recycling.

“From Petaling Jaya, we will later move into other cities and states, bringing together like-minded partners, ” he elaborated.

Aranols said Nestle was at the onset of establishing a circular economy in line with its global pledge to ensure that 100% of its packaging would be recyclable and reusable by 2025.

Selangor local government, public transport and new village development committee chairman Ng Sze Han said while government efforts raised the recycling rate in Malaysia to 30% in 2020, a holistic approach was needed to achieve the national target of 40% by 2025.

“This programme is an excellent example of private and public sectors coming together for the betterment of communities.

“The programme encourages residents’ participation by making recycling more accessible and goals more easily attainable by ensuring they have the proper recycling tools, setting up regular waste and recycling collection service and most importantly, raising awareness of the importance of proper waste management, ” he added.

Petaling Jaya mayor Datuk Mohd Sayuthi Bakar said the city had seen good progress in recycling rates from 9% in 2019 to 18% in 2020.

He said to achieve the national target of 40% by 2025, all levels of society must implement the 3R (reduce, reuse, recycle) strategy through proper execution plans, public awareness, community engagement and collaborations with stakeholders.

“I hope this partnership will inspire more organisations to join hands with the public sector for the benefit of local communities.

“I urge more companies to come forward and partner with MBPJ in our environmental, circular economy and 3R programmes.

“We welcome any initiative for building a smarter, sustainable and resilient Petaling Jaya, ” Mohd Sayuthi added.