Learning curve: Around 100 autistic youths have so far benefited from the skills training programmes by Selangor Dredging as part of its CSR efforts. — GLENN GUAN/The Star

They say a mother’s love for her children knows no limit.

When Teh Lip Kim, 53, learnt that her eldest son Ming was autistic, she hoped that he would be able to overcome the challenges that it posed.

But when the reality of her son’s condition sank in, and after years of parenting a child with autism, she realised that something needed to be done to help this group.

Teh then initiated programmes for young adults on the autistic spectrum.

The managing director of Selangor Dredging Bhd (SDB) said the early days of coping with Ming’s needs were hard.

But today, she sees her experiences as a blessing, saying this gave her life more meaning and purpose.

“Ming was three when he was diagnosed with autism.

“My husband, a medical doctor, and I tried almost every therapy we came across to help our son.

“Now at 17, he is able to do more things and we try to treat him like any other individual, ” she said.

The programme held at Wisma Golden Eagle Realty in Jalan Ampang, Kuala Lumpur, enabled young adults with disabilities to earn a living by learning how to make and sell fresh juices at a FpointFspecially set-up kiosk.

In 2014, a One-Two-Wash car wash initiative was introduced, where individuals were given hands-on training so they could provide the service to people in and around Wisma Golden Eagle Realty.

Teh said these programmes have provided an opportunity for people with learning disabilities to be in an environment where they could work independently with guidance from a coach.

“I wanted to do something simple to enable them to be out and about and have social interaction with the public.

“Basically, I wanted them to have some normalcy and lead dignified lives.

“The autistic youths beam with pride when they complete given tasks, especially when delivering products prepared by them to

customers, ” she said, adding that this group needed to be seen in society.

Teh said corporate organisations should also think outside the box and embark on more meaningful CSR initiatives that would positively impact the lives of those who require assistance.

When the movement control order came into effect last year, the One-Two-Boost and One-Two-Wash programmes had to be put on hold.

“This provided an avenue for autistic youths to carry out packaging tasks under proper supervision and in adherence to the Covid-19 standard operating procedure (SOP), ” Teh said.

She added that employers should consider providing job opportunities to Malaysians with autism because they would grow with an organisation and become long-time employees.

She said unfortunately, there appeared to be limited positions for which youth with learning disabilities were considered.

“Employers should provide an avenue for them to demonstrate their talents.

“Companies could also look into hiring autistic people for routine tasks such as filing.

“Those with autism are often meticulous and this can be an advantage, ” she pointed out. These days, Teh does not plan too much as her son has taught her to live in the present.

Wong Lai Cheng, 41, who is a job coach for SDB’s programmes, has been teaching autistic youths how to be productive even during the MCO.

“Before the MCO, they were happy working at the juice bar and car wash.

“Most of their customers understood their condition and were highly supportive of their efforts.

“What they need most is for society to give them a chance to be independent, ” she said.

Malaysian Care, a non-governmental organisation for the underprivileged, has work-based programmes for those with learning disabilities, including autistic youths.

Before the MCO, these young adults were hired for jobs in restaurants and retail outlets.

There were also those who worked at malls.

“However, some lost their jobs during the MCO due to shorter work hours. Also, some organisations that were cutting jobs preferred to retain able-bodied workers.”

“Many of these autistic individuals ended up staying at home and this led to emotional stress, ” she said.

To help them cope with the stress, Malaysian Care began organising online meetings at least three times a week during which counselling was also provided in addition to sharing self-help videos.

According to Wong, some of the youths and their parents even suffered from nervous breakdowns.

“The former would scream and kick themselves, but this was their way of managing stress.

“In some cases, single parents had lost their jobs during the MCO, and we stepped in to help them cope during these hard times, ” she explained.

The MCO has, however, shown that autistic youths are able to embrace technology easily.

“Even those who had trouble reading were able to use online meeting platforms such as Zoom.

“We have an online friendship club and each time we meet, one of them would present an activity, such as making music using glass, ” Wong said.

She added that it was important to have diverse teaching methods for this group and to start training them as early as possible so that they could become independent sooner than later. 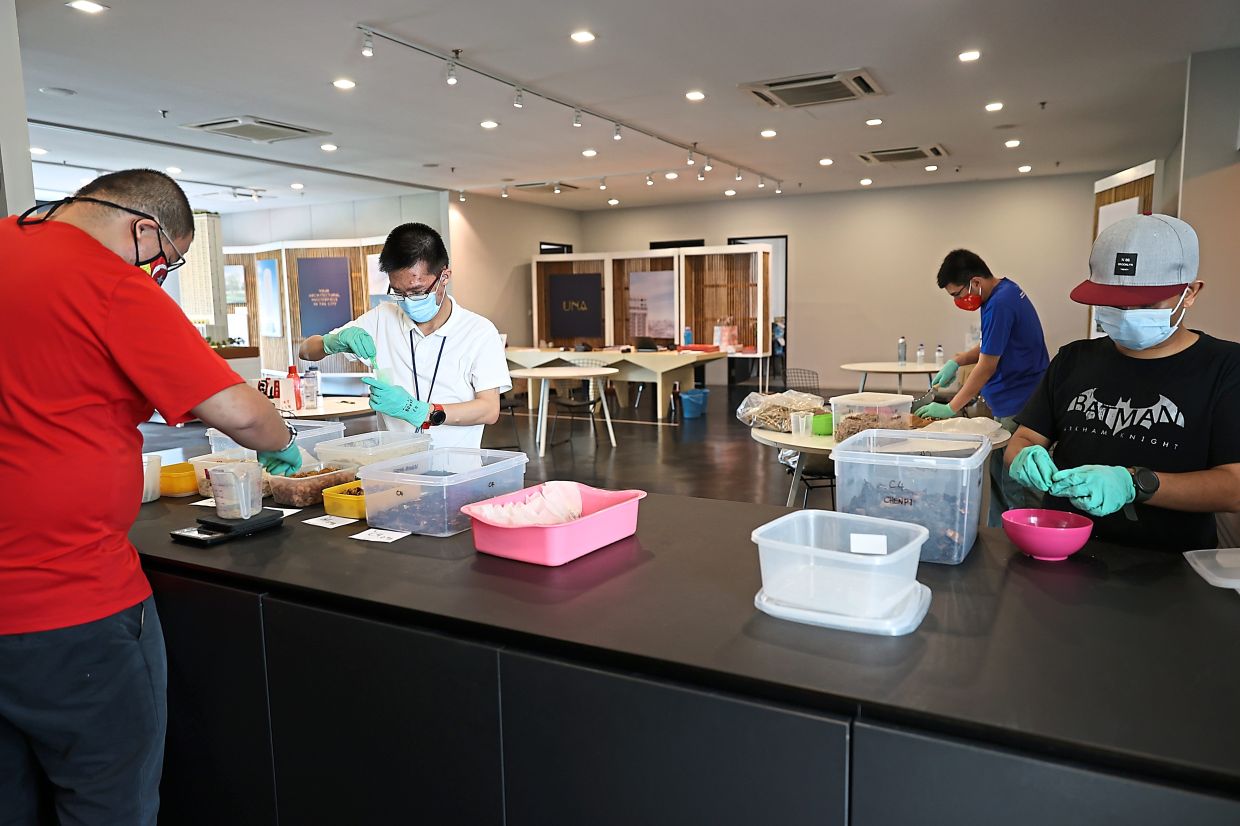 Learning curve: Around 100 autistic youths have so far benefited from the skills training programmes by Selangor Dredging as part of its CSR efforts. — GLENN GUAN/The Star

Roderick Chong is among those who are offered jobs under the Selangor Dredging Berhad (SDB) Corporate Social Responsibility (CSR) programme.

Muhammad Shamil Fitri measuring some of the Chinese herbs for the drink preparation. He is among those who have benefited from the job skill offered by SDB.

Some of the TCM products packed by the autistic under Selangor Dredging’s CSR programme.

Teh has initiated programmes for young adults on the autism spectrum.

Lai Cheng has been teaching autistic youths how to be productive even during the MCO.

Pauline says some autistic youths and their parents suffered nervous breakdowns during the MCO.

Malaysian Care conducting a job matching session for young adults with learning disabilities. This photo was taken before the MCO came into effect last year.