Recognised for tough year of service

Chow (right) looking at the Excellent Service Awards 2021 certificate received by council secretary Rosnani Mahmod. With them are Rozali (with songkok) and councillor David Marshel.

AFTER serving the public during the pandemic, 271 staff members of Seberang Prai City Council (MBSP) were recognised for their dedication during the Excellent Service Awards ceremony.

Eighteen of them are management staff while the rest are field workers.

Each received RM1,000 as well as opportunities and priorities to attend courses, seminars or conventions to further develop their career.

The ceremony was held concurrently at three locations — the council headquarters in Bandar Perda, Bukit Mertajam, and both its cleaning depot in Jawi and Tasek Gelugor.

The aim was to prevent overcrowding and observe the Covid-19 standard operating procedures.

Mayor Datuk Rozali Mohamud said the awards recognised the contributions and sacrifices of staff members who had excelled in their duties in the past year.

“It is also an encouragement to those who have just joined the workforce, ” he said during the ceremony at Bandar Perda. 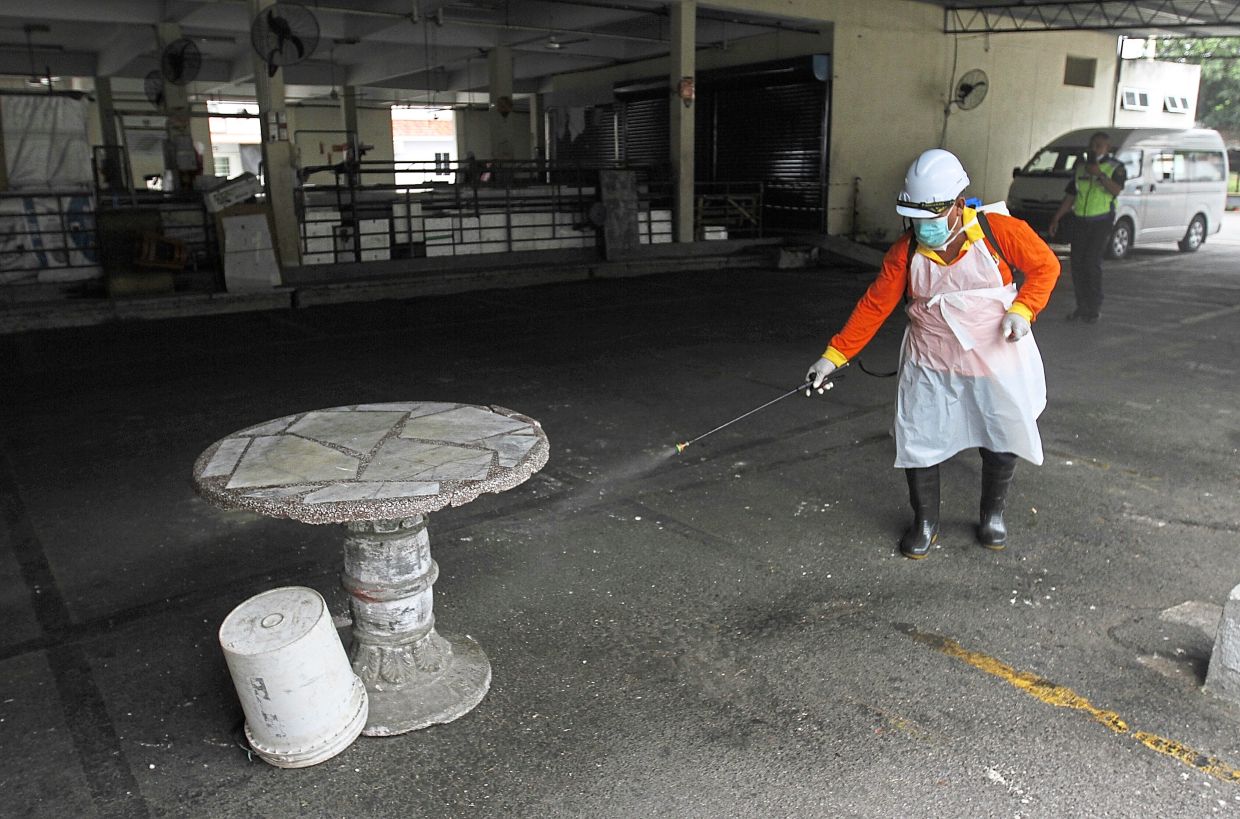 MBSP workers have to work in high-risk areas like public markets. — Filepic

“We want to thank the council workers for their relentless efforts in serving the public and improving the council despite the Covid-19 pandemic, ” he said.

Present to hand out the awards to selected representatives of each MBSP department was Chief Minister Chow Kon Yeow.

“We were recognised as ‘The Most Productive Organisation in the Northern Region’ by Malaysia Productivity Corporation.

“We also received an award for being the best achieving government department in Penang.

“I was also voted as adviser by the Local Government for Sustainability (ICLEI) for the Global Executive Committee of ICLEI in the portfolio of The Climate Action and Low Emission Development, ” he said.

Rozali said despite the efforts by MBSP frontliners that resulted in a 99% movement control order compliance rate, they had not received the vaccines yet.

He said the council frontliners had been working in high-risk areas and had not stopped serving the public during this difficult period.