WITH more than half of educators in medical institutes nationwide already vaccinated against Covid-19, the Higher Education Ministry is hoping that the rest at other institutes will join them under the second phase of the National Covid-19 Immunisation Programme.

Its deputy minister Datuk Dr Mansor Othman said these educators play almost as important roles as frontliners to educate and should not be left out when it comes to receiving the vaccines. 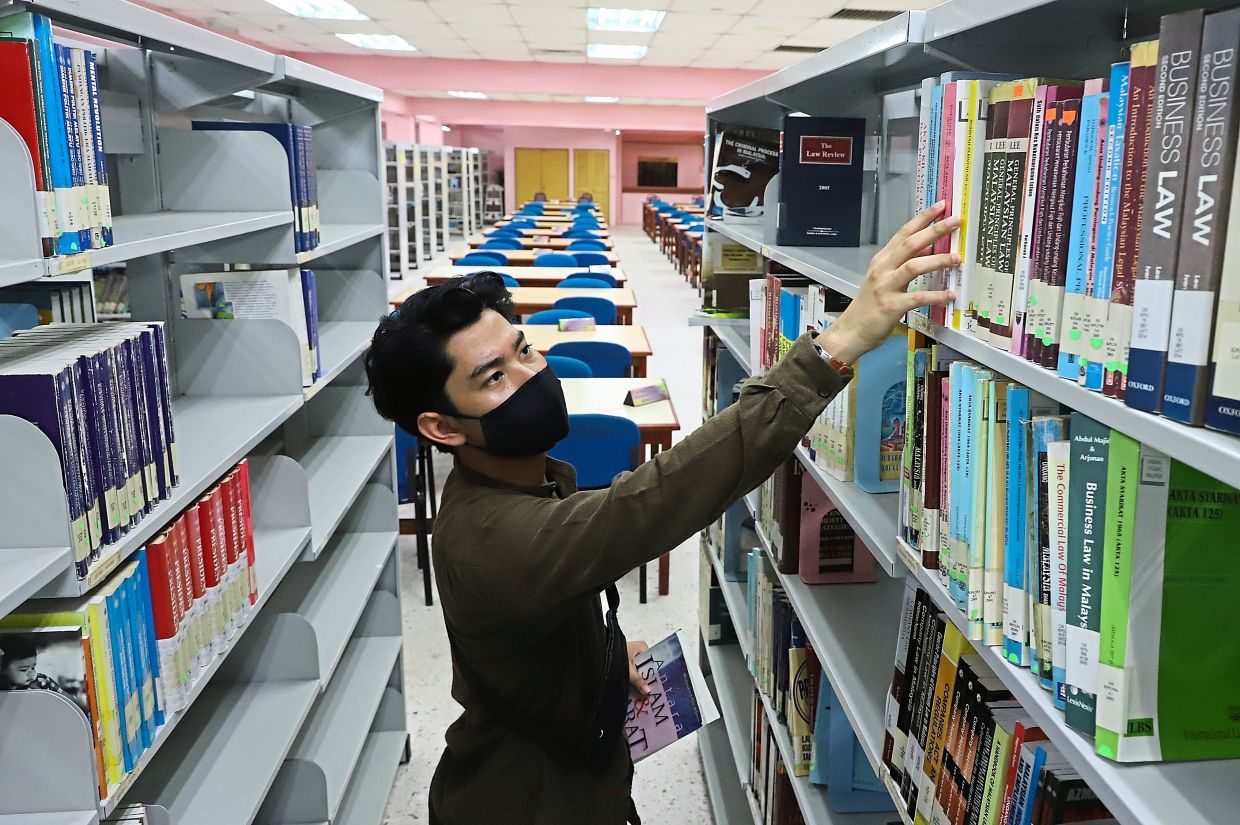 The upgraded library is equipped with facilities such as seminar rooms and security system using radio-frequency identification.

“In my recent visit to Hospital Universiti Kebangsaan Malaysia (HUKM), about 60% of educators there have received their Covid-19 vaccine, and progress is about the same at other medical higher learning institutions.

“I hope educators in other higher learning institutes will be vaccinated in the second phase.

“It’s been a year since many classes were postponed or held online since the pandemic started and movement control order imposed in March last year, and safety remains the biggest concern, ” he said at Politeknik Seberang Perai in Bukit Mertajam, Penang, on Monday. Dr Mansor at the new wing of the politechnic’s library which was completed at a cost of RM3.13mil.

Earlier, Dr Mansor, who was at the campus for the Malaysia Prihatin programme, launched a new extension wing of the polytechnic’s library that was completed at a cost of RM3.13mil.

The work started in September 2018 and was completed in January this year.

“The upgrade increases the capacity of the existing building by 200 users. It is equipped with various facilities, such as seminar rooms and enhanced security system using radio-frequency identification, ” she said.

Zainab said there were currently a total of 4,206 students in the campus, adding that 1,625 of them registered in December last year.

“The campus remains among the successful institutions by maintaining 96.9% of graduates’ marketability, ” she said.