Dr Mah (second from right) at the launch of ‘The Joy of Living’ coffee table book with Dr Madhuri (in wheelchair).

Dr Madhuri, who took over the reigns of Perak Society for Promotion of Mental Health since 1986 as president, launched her second coffee table book titled The Joy of Living.

Besides the book, the event also saw the launch of Madhuri’s Garden within the society’s premises in Tambun.

Dr Mah said when he first joined KPJ Ipoh Specialist Hospital 21 years ago, Dr Madhuri was a senior colleague, whom he admired and respected.

He said Dr Madhuri was someone who worked round the clock, juggling her time for about 15 or more non-governmental organisations, where she held key positions.

“She inspired and motivated me. It was such a joy and privilege to learn from a senior like her, who is full of energy, selflessness and dedication as well as caring and extremely hardworking.

“I am sure many of her colleagues and people around her are inspired by her positive vibes and attitude towards life, ” he said at the launch of the garden and book.

The garden was a gift from Dr Madhuri to the 80 residents from the society so they can enjoy taking a walk or just rest while appreciating the greenery and flowers.

The book encapsulates her colourful life, achievements and how she lived her life to the fullest while upholding the Rukun Negara and National Education Philosophy.

Dr Mah said Dr Madhuri was not only an excellent doctor, but one of the most beautiful women of that era.

He said she radiated pure love, care and kindness.

“I remember coming across an article about Dr Madhuri a few years back, during the launch of the first book written about her — Beauty Is Only Skin Deep.

“In the article, a close friend of hers was quoted as saying: “When I think of Dr Madhuri, the words of Mark Twain come to mind — kindness is the language which the deaf can hear and the blind can see.”

Dr Mah said Dr Madhuri was a social activist who appreciated the arts, an advocate for mental health, and cared for animals.

He added that Dr Madhuri became the first woman dermatologist in Malaysia, who had set up Luther Clinic with a consultant psychiatrist in October 1969.

“The clinic became the first real breakthrough that mental patients had in this country and the first of many steps towards breaking down public apathy and prejudice against cured mental patients and mental health.

“She is also the president in the society (Mental Health), a position she has held for 33 years, ” he said, adding that Dr Madhuri was a humanitarian. 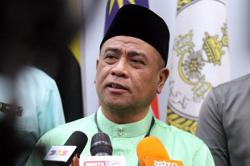