Cashless all the way

FROM January next year, Selangor will be following in the footsteps of Kuala Lumpur and Penang by implementing cashless payment for parking.

Motorists will have to use the Smart Selangor Parking (SSP) app or other e-payment methods for on-street parking managed by local councils. 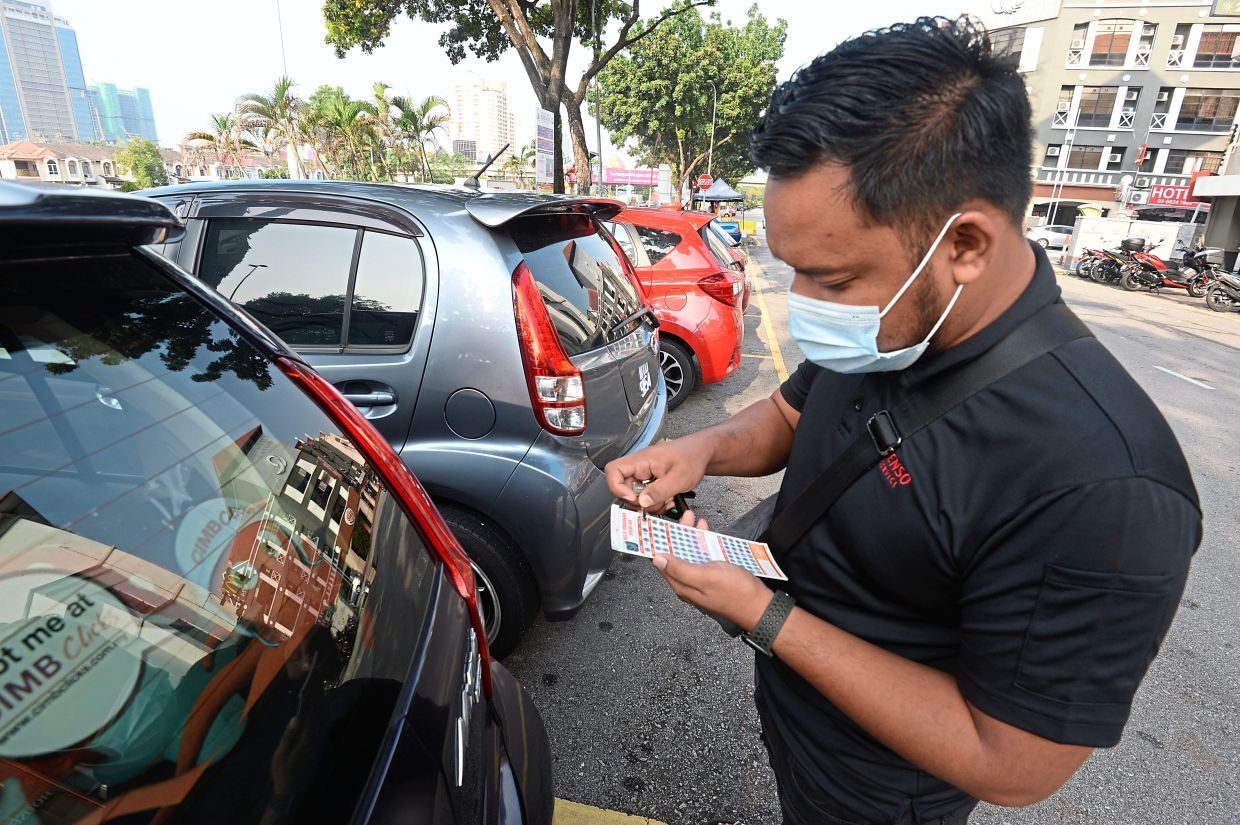 Mohamad Sharil Amirul using a scratch-and-display coupon in Sunway Mentari, which will be phased out by the end of the year.

Some local councils have already implemented the e-payment system, complemented by coin machines or scratch-and-display coupons.

While the announcement was met with a mostly positive response, some expressed concern about having only e-payment methods.

Selayang resident Siti Hanis Abdullah, 39, said it would not be fair to those without smartphones or access to mobile data as they would not be able to use the platform.

“Although I was made to understand that the Selangor government plans to have e-parking agents to execute the cashless payment on behalf of those with no smartphones, this reduces the choice for users.

“Unlike coupons, which can be purchased in bulk, users would have to go to these agents each time they want to pay for parking or top-up, ” she said. 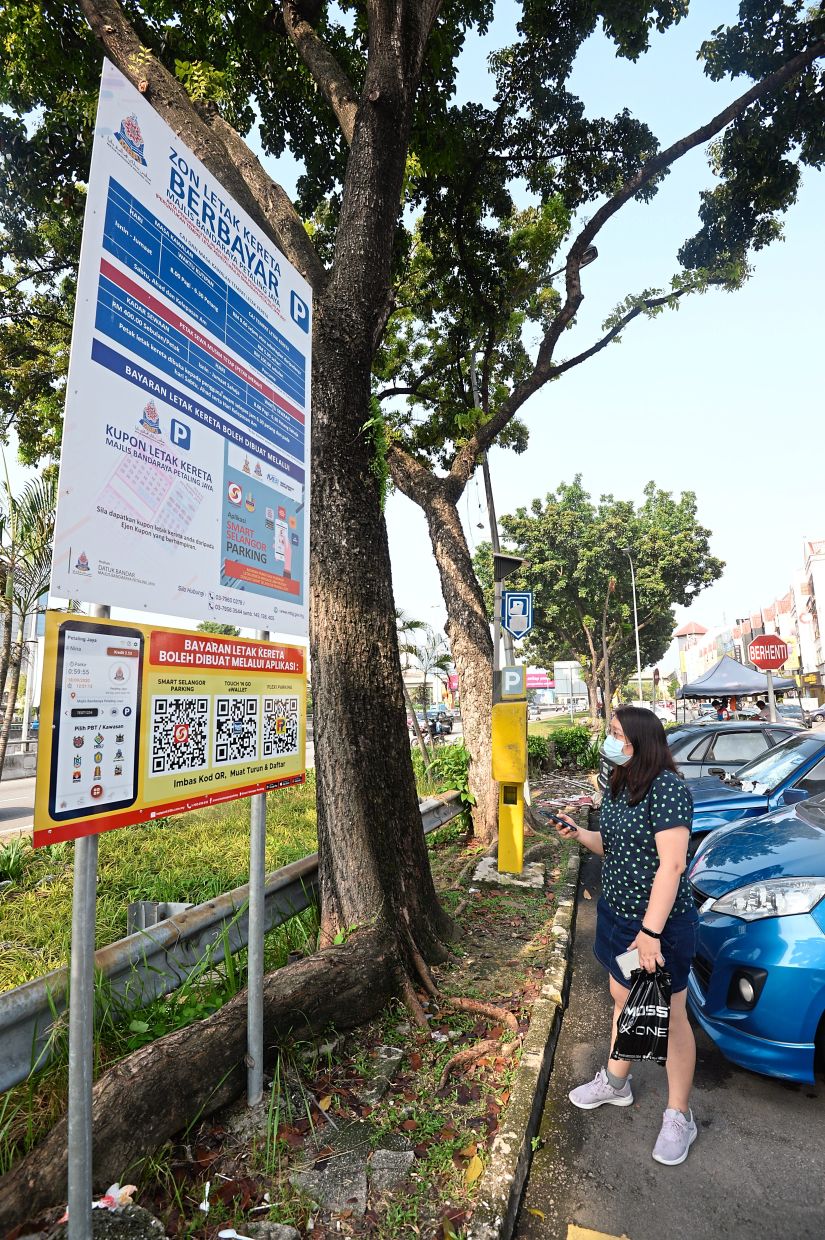 Siti Hanis noted that people like her parents, who are in their 70s, did not have smartphones.

“They still drive and usually park at council parking bays when they run errands and prefer to use the machines, ” she said.

Bukit Antarabangsa resident Surinder Singh felt that this was a good idea but hoped that users’ payment would be updated in real time with local councils’ operating systems.

‘There was a time when I had already paid for parking via the app, but was fined 10 minutes later as it was not updated when enforcement officers did their inspection.

“Although it only happened once in 2019, the authorities need to ensure that it does not recur once the system is rolled out statewide, ” he said. 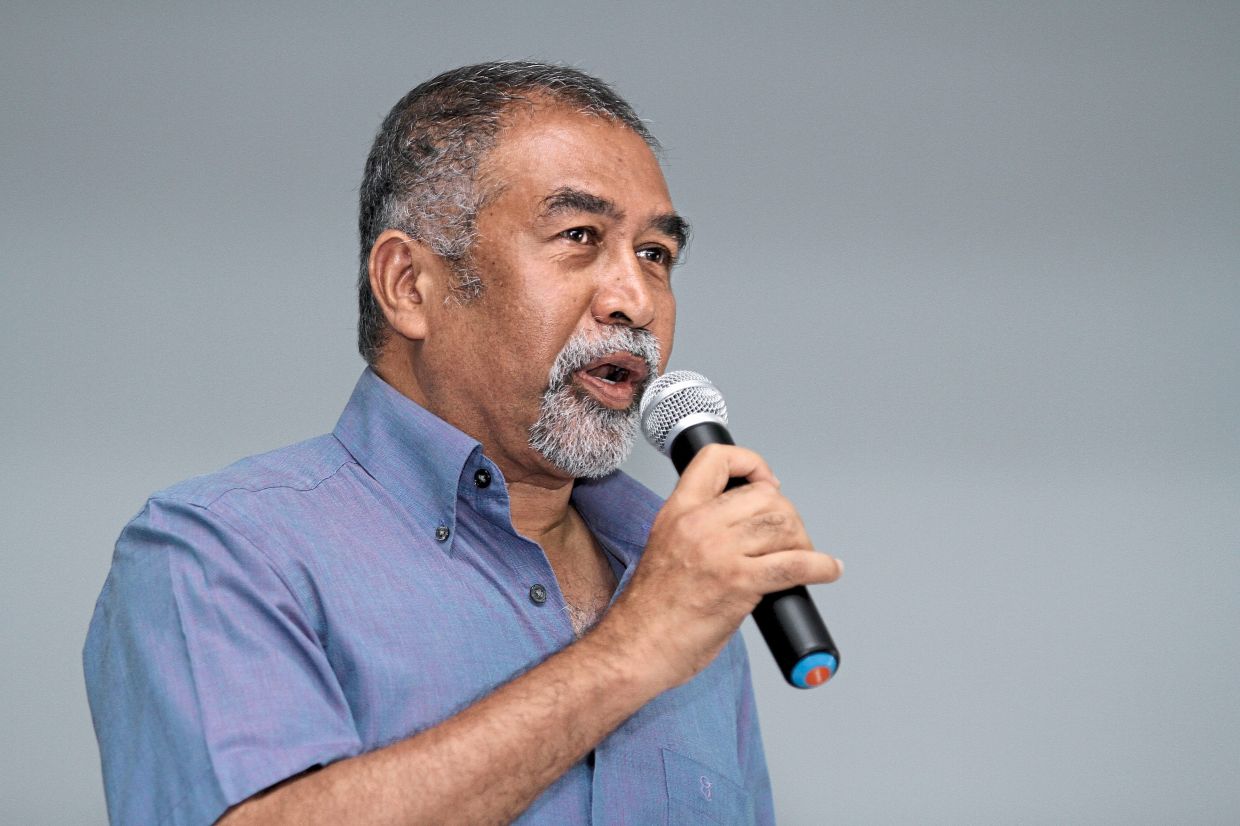 Habeeb says there should be more publicity of the state’s decision to implement the cashless payment for street parking.

Damansara Utama Residents and Owners Association (Duroa) president Habeeb Rahman said there should be more publicity about the state’s decision to implement the cashless payment for street parking.

“As long as the councils provide ample time for users to familiarise themselves with the switch, it should not be a problem for most.

“Almost 40% of residents here are above 70, but they are using various apps.

“They just need time to learn how to use the parking app, ” he said.

Entrepreneur Shahidan Mohd Zain, 35, said he was glad that there would finally be a parking app that could be used throughout Selangor.

“I travel around the Klang Valley a lot for work and it is a hassle having to keep track of which local authority is managing the public parking and what kind of payment method is used.

“I have coupons from different councils and I have so many leftover booklets. Hopefully, I can use them all before the end of the year, ” he said.

Several users expressed hope that there would be more integration between different states for cashless payment. 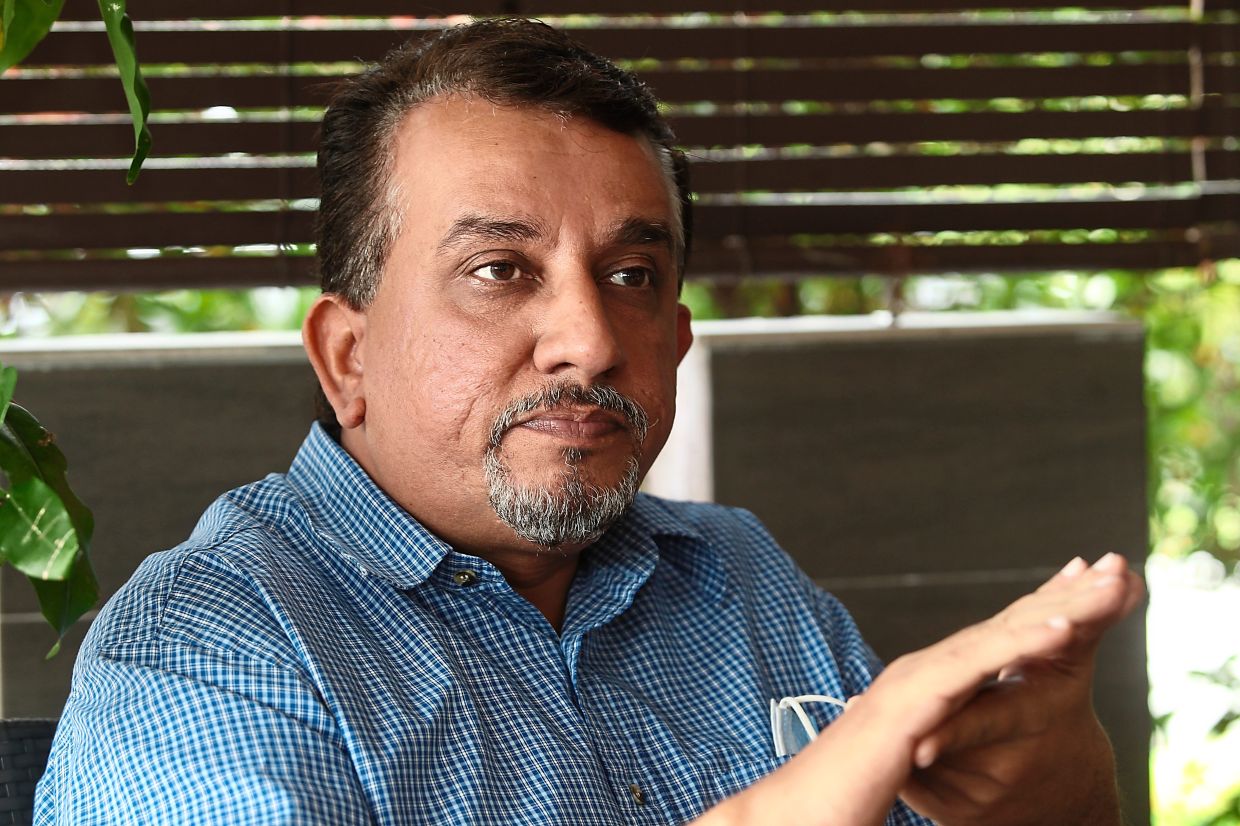 Surinder hopes with the switch fully to cashless mode, users’ payment was updated in real time in the local councils’ systems to avoid motorists getting compounded unfairly.

Previously, users could use the SSP app to park in Kuala Lumpur City Hall-managed parking lots, but this was halted when DBKL switched to a fully cashless payment system from Oct 1 last year.

Penang also switched from using paper-based parking coupons to the Penang Smart Parking System at all public parking lots from Jan 1 this year.

By next year, motorists must download the SSP app onto their smartphones or use other apps, such as JomParking or Touch ‘n Go e-wallet.

Motorists with coupons in their possession must use them before the end of the year.

Currently, 10 local councils in Selangor use the app, except for Sabak Bernam and Hulu Selangor.

The state hopes to see some two million users pay for their parking via their smartphones by year end.

Selangor local government, public transport and new village development committee chairman Ng Sze Han told StarMetro that an e-parking agent system would also be developed as an alternative for people without smartphones or those visiting from other states.

“These agents are already operating in areas where parking coupons are being used.

“Similarly, instead of selling physical parking coupons, they would sell parking credits instead, ” he said. 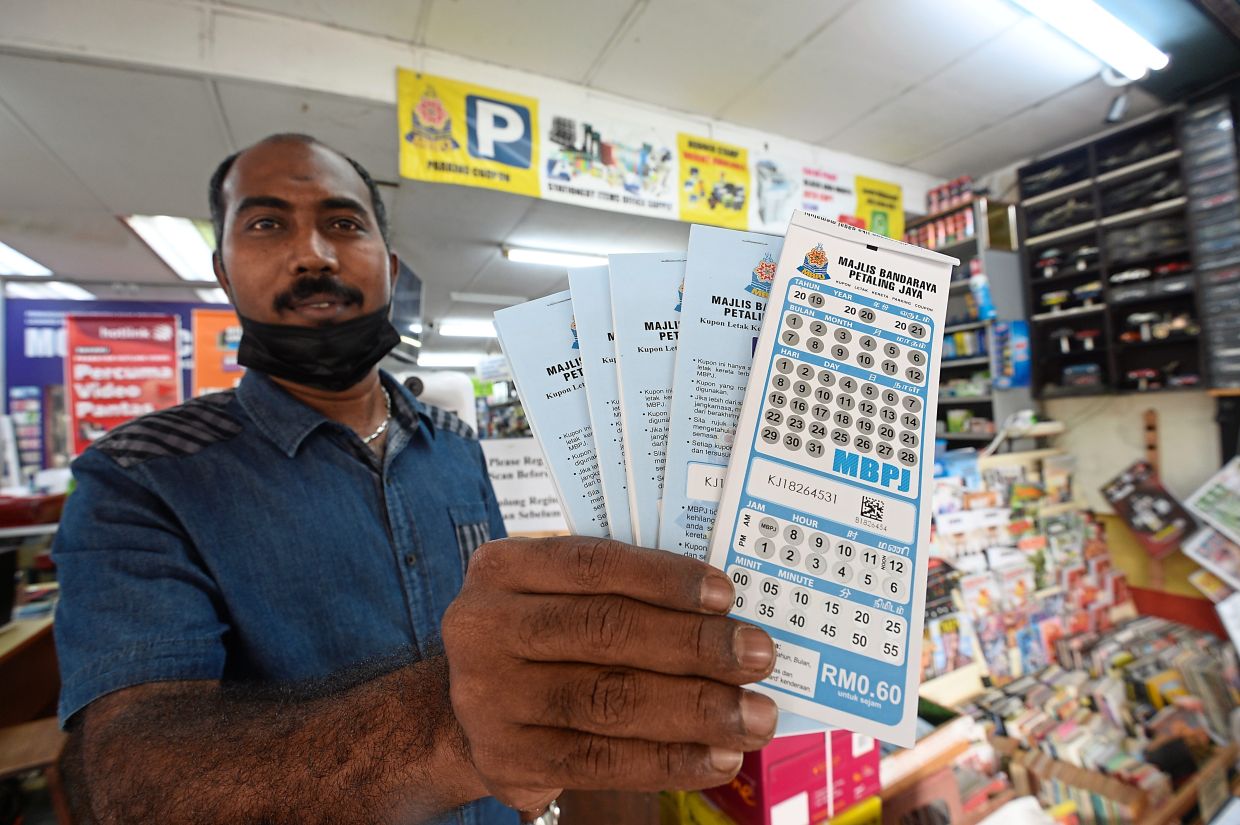 Shop owner Ashik Mohamed showing the parking coupons which he sells at his shop in Petaling Jaya.

He added that those who were visiting from out of state or did not know how to use the parking app would be able to visit these agents to pay for their parking.

“This would also be another form of income for these agents, who are usually small businesses or kiosks.

“At present, these agents are able to make up to RM1,000 each month by selling parking coupons and we do not want to deprive them of this income.

“One of our conditions to the app developer was that we are able to continue to support these small businesses, ” Ng said, adding that the SSP app was introduced through the Selangor government’s business arm, Selangor Smart Delivery Unit (SSDU). 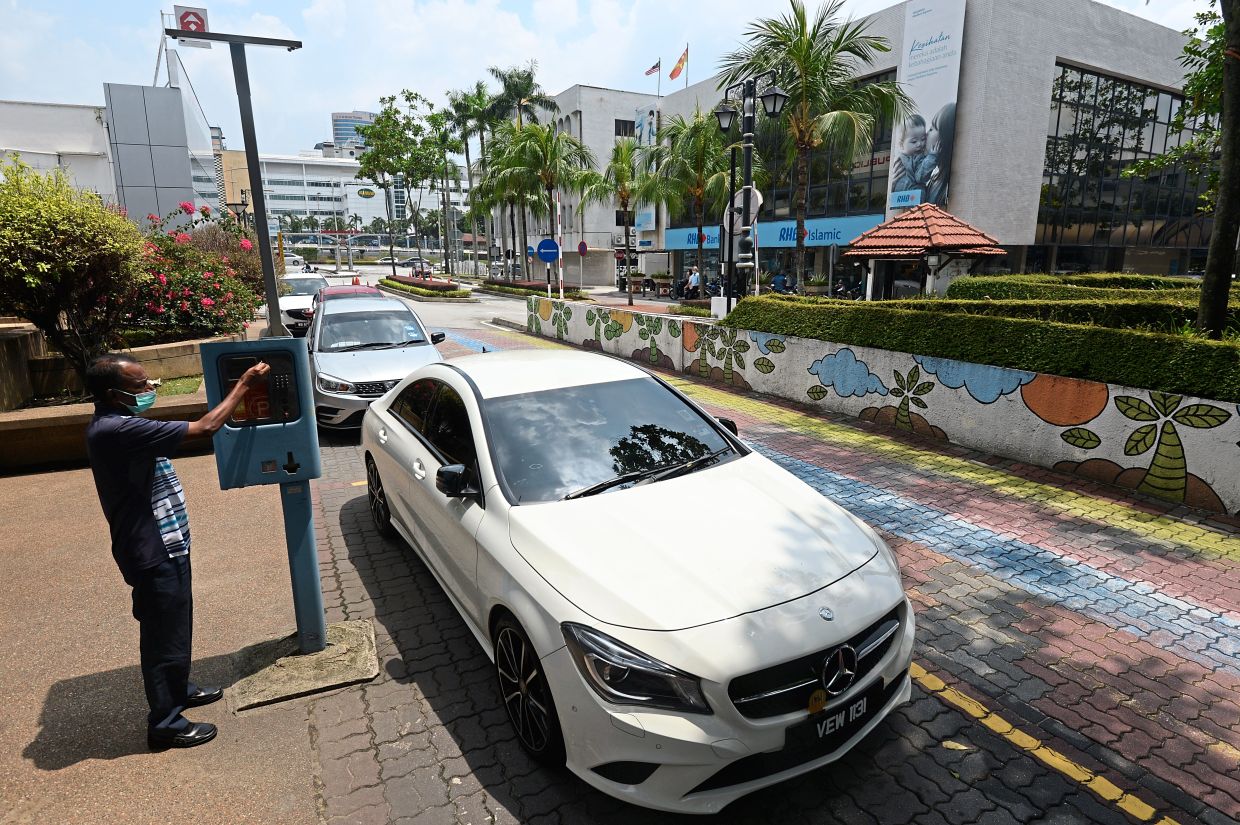 Responding to concerns over user data for those who pay via agents, Ng said: “There is no need to give any other information other than the vehicle registration number.”

He also said that local councils that still had contracts with existing parking operators would not be terminated.

“There are a few where the contracts will expire in two to five years and we will continue to honour these contracts.

“An early termination will mean the councils having to compensate the operators, which could be more costly in the long run, ” he said, adding that the decision was in line with the move towards a digital society.