TECHNOLOGY and innovation have changed how people live their lives.

They also offer an alternative to how people pray and show filial piety towards the dearly departed.

Prestavest Memorial Park Group (Prestavest), founded in 1996, is offering a “distance prayer” service that allows people to perform their rituals virtually via their mobile phones during the Qing Ming Festival.

Group executive director Yong Jing Ting said customers could opt for a “live” prayer session through video call for up to 30 minutes or receive videos and photos of the prayer session, depending on which of the three available packages they choose.

“Due to the ongoing Covid-19 pandemic and travel restrictions during the movement control order, many people are unable to go out to perform prayers or ceremonies.

“We introduced this service last year to allow our customers to perform their prayers.

“We have since continued to provide this service year-round, especially for those who are unable to travel, ” said Yong, adding that Prestavest pioneered the “live” enlightenment prayer session during the Hungry Ghost Festival last year, which was streamed on the Facebook pages of the respective branches.

They provide cremation, columbarium, burial services and other related products.

All parks are situated on freehold land gazetted for use as private cemeteries, thus ensuring customers and their descendants peace of mind. The land, being privately owned, would not be in danger of government requisition for redevelopment.

Prestavest is a pioneer private memorial park operator in the northern region and among the earliest accredited operators with the ISO 9001:2008 certification for Quality Management System and United Kingdom Accreditation Service (UKAS) accreditation.

It is also a member of the International Cemetery, Cremation and Funeral Association as well as Australasian Cemeteries and Crematoria Association.

On the standard operating procedure (SOP) for Qing Ming or Tomb Sweeping Day this year, Yong said Prestavest had introduced guidelines in addition to those set by National Security Council (MKN).

“For single burial plots, only three people are allowed, while five people are allowed at double plots and a maximum of six at family plots, ” said Yong, adding that the SOP would be observed until April 14, in line with MKN’s announcement on March 16.

“We also don’t encourage children below 12, the elderly above 70 and those with limited mobility to visit the memorial parks during this period because a higher number of people are expected there, ” she said, adding that their memorial park in Taiping recorded more than 15,000 vehicles per day during Qing Ming before the pandemic.

Yong said it was mandatory for all visitors to check-in using the MySejahtera app when they visit the parks and abide by the Health Ministry’s guidelines, including wearing face masks and observing physical distancing.

She added that there would be personnel on hand to direct traffic as certain roads may be blocked off or designated as one-way.

“Buildings will also have single entry and exit points, ” she said, adding that there would also be no dining in at all three memorial parks.

She said while appointments were not required at the park in Taiping, prior arrangements must be made for the ones in Alor Setar and Kulim to prevent overcrowding.

She explained that further details could be found on all three parks’ respective Facebook pages.

Yong said people’s mindset towards memorial parks and the industry had changed.

“People used to regard going to a cemetery as taboo and a once-a-year activity, but memorial parks now look more like a well-maintained park.

“It befits our objective of being a ‘garden of remembrance’ where friends and family can visit any day of the year, ” she said.

“It is not uncommon to see customers during festive occasions like New Year’s Day, Chinese New Year, Valentine’s Day, Mothers Day and Fathers Day, and even Mid-Autumn Festival and Christmas.

“Prior to the Covid-19 pandemic, families visited our memorial parks and had picnics.

“It is always heart-warming to see families bonding with each visit as they create new memories, ” said Yong.

“After all, we strive to provide a comfortable environment so customers can continue to feel close to their loved ones as well as honour and preserve the family legacy and tradition.”

While the industry was often associated with Buddhists and Taoists, she said Prestavest also catered to other religions.

“We have products that cater to Christians and Hindus as well, as we strive to provide the best service for multiracial and multifaith communities.

“We also believe in being people-centric, ” said Yong.

“Customised service and design are something we pride ourselves on. We understand that customers will treat this purchase of their ‘eternal house’ with as much care as with any other big purchase made during their lifetime.

“We will also continue to innovate, as we adapt to modern times in an industry that is steeped in culture, to allow customers to fulfil their filial duties.”

When asked about the trend of pre-planning for one’s final resting place, Yong said more customers understood the practicalities of preparing for an inevitable aspect of life.

“We are seeing over 70% of our customers buying their final resting places ahead of time.

“Many do so because they want to reduce anxiety among their family members after they pass on.

“Pre-planning has both financial and practical benefits.

“Beyond being able to choose their desired plots and tomb design, customers can also opt for our zero-interest, low down payment instalment plans, ” she concluded. 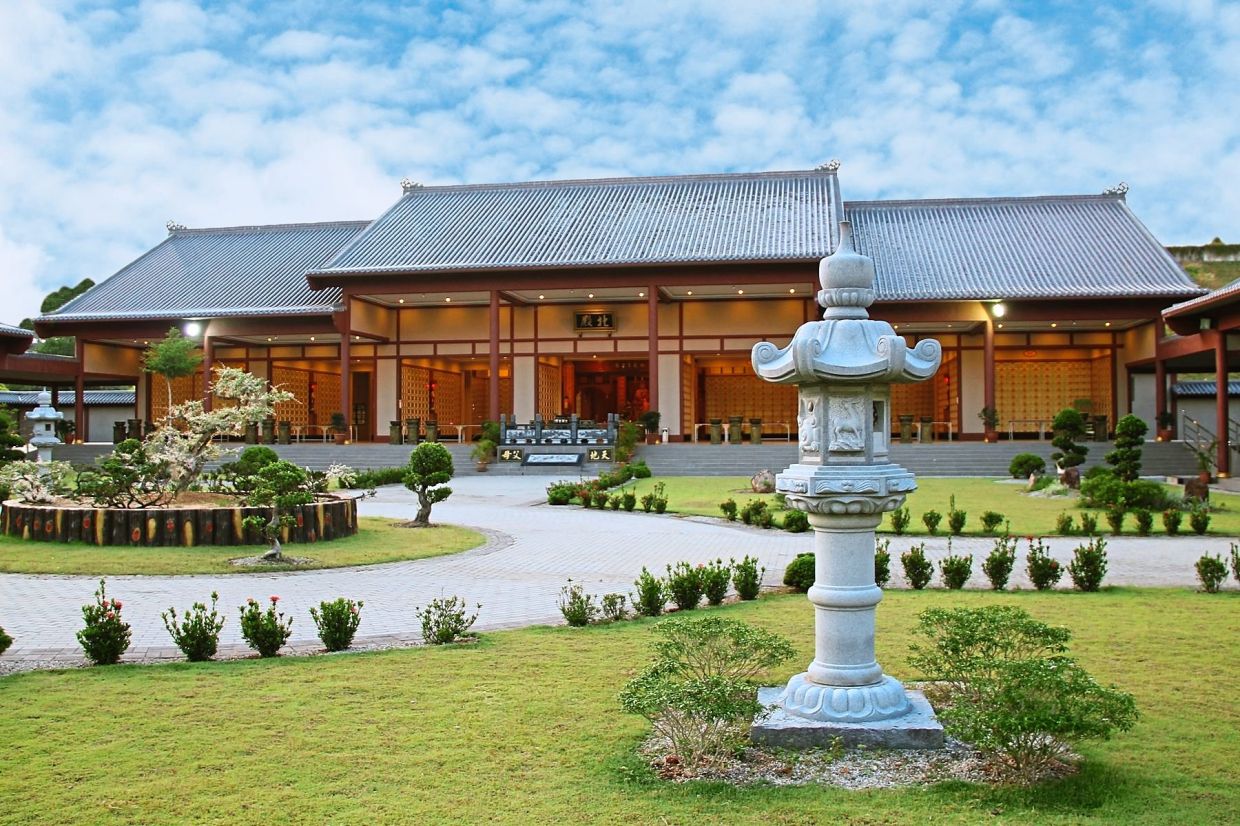 The Tang Villa Crematorium at Prestavest’s memorial park in Taiping.

Yong says there will be a limit on the number of visitors who can perform their rituals concurrently.