The Kota Warisan site is one of 13 locations identified by MPSepang for Ramadan bazaars this year. — Filepic

THe iconic Bazaar Ramadan Jalan Taiping in Klang will return this year but with half the usual sprawl of stalls to allow for physical distancing.

“There will only be 244 trading lots along Jalan Taiping and nearby streets.

“This is to allow for physical distancing, where people should be two metres apart and use face masks.

“There will also be free hand sanitiser stations and a one-way path in and out to prevent overcrowding, ” he said.

Children below 13 years old and people aged above 55 will not be allowed to enter. Bazaar Ramadan Jalan Taiping in Klang, which was last held in 2019, will have fewer stalls this time. — Filepic

Bazaar Ramadan Jalan Taiping is known for items such as clothes, gifts, home decor, artificial flowers and plants as well as costume jewellery.

“Stallholders will only be allowed to operate for 10 days.

“In the past, it was 23 days but due to the current conditions, we have to abide by the National Security Council’s (MKN) guidelines, ” said Azhar.

He added that MKN had also allowed the Ramadan Bazaar at Jalan Selamat, off Jalan Sungai Bertih, in Teluk Pulai to be held.

An estimated 80 trading lots will be opened there.

“Those interested in trading at Jalan Taiping and Jalan Selamat must submit their applications before April 2.

“Virtual bidding will be conducted in batches.

“Applicants will be provided a link to participate in the bidding, ” said Azhar.

“Our department will decide the starting bid price soon and applicants will be informed, ” he said. Other than the two Ramadan Bazaar locations, MPK has also made plans for “Bazar Juadah” where only food and beverages will be sold.

Azhar said traders would have to pay RM5 per day for the makeshift stalls at the food bazaar, to cover the cost of rubbish collection and cleaning services.

“Our Enforcement Department personnel will control traffic movement at these locations, ” he assured.

On the issue of middlemen being involved, Azhar said the bidding process would be conducted in the presence of the department’s officers and a virtual audience.“A bidding process helps to resolve allegations of middlemen making thousands of ringgit by sub-letting lots to third parties.

“It ensures that MPK gets revenue and traders can enjoy a good location during the festive period, ” he explained.

Azhar assured that council teams manning the Ramadan Bazaar and Bazar Juadah entrances would count the number of people, disperse those who gather at one place and check for unlicensed traders.

Getting the green light

Sepang Municipal Council has opened applications for its Ramadan Bazaar.

It has identified 13 locations in the municipality, offering a total of 727 lots this year, said MPSepang Public Relations and Corporate Unit head Afra’ Fardillah Zai Mustapar.

Afra’ said the council decided to open up for applications from traders for the festive bazaar since it had received the green light from Selangor government.

“We had prepared our online platforms to receive applications before this.”

She said MPSepang was still mulling over its alternative plan for an e-kitchen programme, which had been the contingency plan if physical bazaars were not allowed.

She further said that the lots at the physical Ramadan bazaars would only be opened to Malaysian citizens who must submit their typhoid and food handling certificates.

She added that trading lots were limited to one per applicant.

Afra’ said MPSepang would implement all the instructions and guidelines by MKN and the state government.

“For now, we are still considering whether to allow either full or half capacity.

“We are also not discounting the possibility of requiring them to trade on alternate days, ” she said.

In all scenarios, she reiterated that strict standard operating procedures similar to the ones put in place for night and morning markets would be observed.

Opening hours for the physical festive bazaar will be from 3pm to 8pm.

Meanwhile, applications for the Ramadan Bazaar under the jurisdiction of Hulu Selangor District Council (MDHS) will be open online until March 28.

This year, 790 lots will be available in 10 locations.

“Priority applications will be open to local residents of Hulu Selangor.

“Each trader is allowed to apply for only one lot.

“Successful applicants will be notified on April 2 via SMS.” 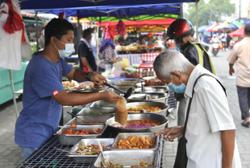 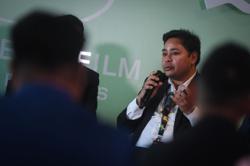