A firefighter ensuring the pump stays cool as it channels water into a portable dam during an operation in Punggai, Pengerang. — Photos: THOMAS YONG/The Star

Johor Fire and Rescue Department director Datuk Yahaya Madis said they were always on high alert for changes in weather conditions and in this case, from monsoon to dry season.

He highlighted that constant monitoring was being conducted at high-risk areas such as landfills, plantation areas and village gardens.

“Based on our early statistics this year, the five hotspots identified are Parit Raja and Ayer Hitam in Batu Pahat, Jalan Mersing-Jemaluang (Mersing) and Kampung Parit Amal (Muar).

“Open fires also occur in areas near Teluk Ramunia in Pengerang, ” he added.

Although these five hotspots are being monitored closely, the department has also been kept busy battling fires in other areas. 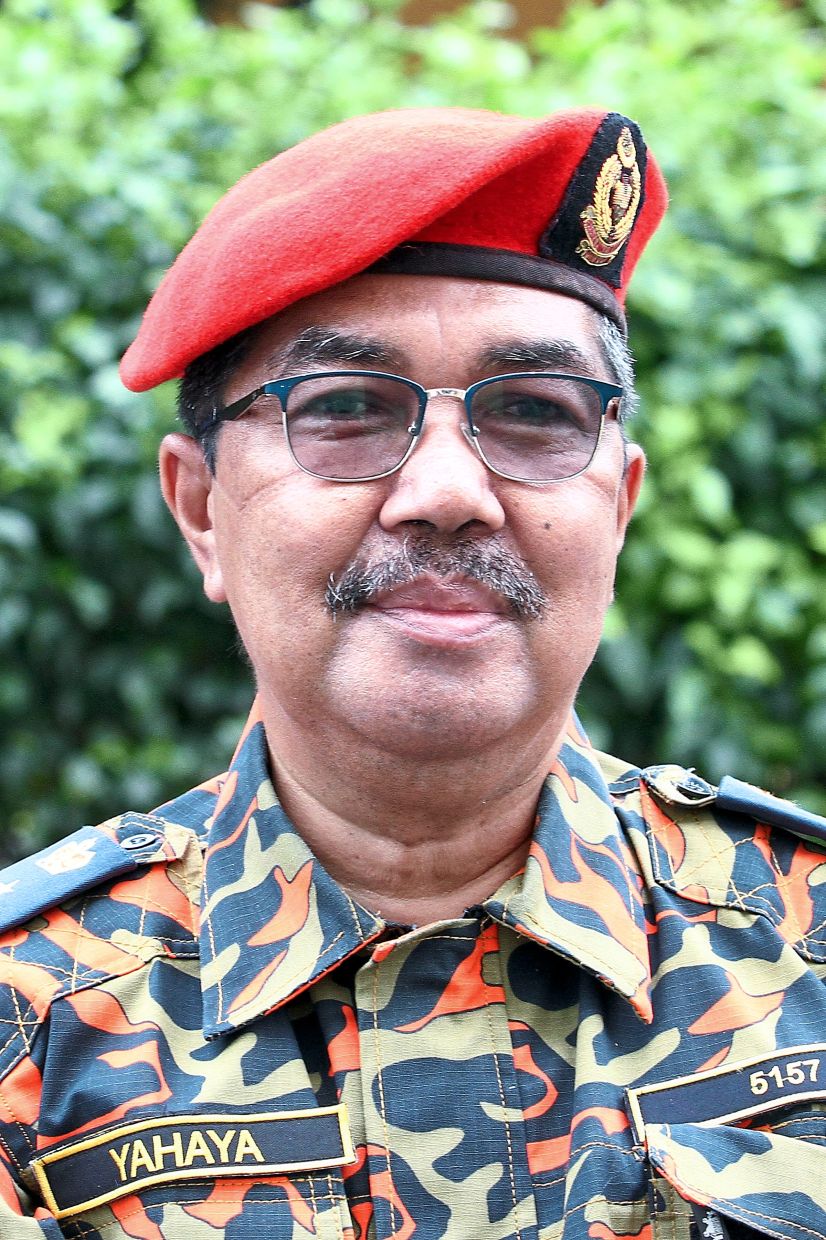 Yahaya says high-risk areas, such as landfills, are being monitored.

Yahaya explained that open fire often occurred at thatch grass and bush areas all over the state.

“We have not received any reports of forest fires, ” he said, adding that the department had recorded an increase in calls on open burning, with an average of 14 calls a day between Jan 15 and Feb 28.

According to Yahaya, the department has 53 firefighting vehicles at its disposal, consisting of 39 fire trucks, 10 water tankers and four light fire rescue vehicles.

“The department has also prepared 28 fire and rescue volunteer teams across the state. Iskandar says the best method to use on peat fires is total flooding.

“The volunteers are equipped with basic training skills to put out small-scale open fires, ” he said.

“Currently, we have 1,221 fire and rescue personnel, aside from 155 auxiliary personnel, who are working 12-hour shifts at all 32 fire stations in Johor.

“If the situation worsens, the 12-hour shifts will become 24-hour shifts and all off-day requests will be frozen.”

However, he added that the final measure would only be taken if there was a large-scale fire incident.

Yahaya advised the public to always be on the alert to weather changes and get their news from official websites or the social media page of the Meteorological Department.

He reminded the people not to conduct any open burning activities and to call the 999 emergency hotline immediately if such cases occurred in their area.

Yahaya noted that peat or bush fires often occurred when farmers tried to clear their land for agricultural activities or when other development activities took place, such as the building of roads and housing areas. “We have four techniques we can employ when combating fires in places with no water resource.

“We use a ‘fire beater’ for small-scale fires; a ‘fire break’, where we divide a burning area into smaller sections using a heavy machine; create a ‘fire line’ by clearing the area of combustible materials to keep the fire from spreading; and ‘water bombing’ with a helicopter, ” he said, adding that water tankers could also be used.

Meanwhile, Punggai fire station chief Iskandar Neemat said putting out peat fires was one of the hardest tasks for the Fire and Rescue Department as it required a lot of manpower and resources, aside from the fire causing air pollution that could lead to health risks.

StarMetro met the chief during an operation at Punggai, near Bukit Pelali, Pengerang, where a peat fire broke out and destroyed about 4ha of land.

Iskandar, who has been a fireman for 30 years, said his men had to put out peat fires every year, so they were ready to deal with the situation.

“It took four days to control the situation in the area.

“Even though there is no visible fire, smoke will still come out from under the soil as there are dried and dead tree roots buried, ” he explained. A fireman updating a board so others are aware of the latest steps being taken during an operation to put out a peat fire in Punggai.

Iskandar said the best method to use was “total flooding”, where peat areas would be flooded with water using high capacity water pumps.

“The water tank fills our portable water dam and the water is then distributed through the fire hose to the men, who will direct it to the areas where there is still smoke from the soil.

“The high water level ensures that the flames do not spread further, ” he added.

The department, said Iskandar, also used a drone to get an overview of the burning area to plan buffer zones.

“It was also used to make a water trench to stop the fire from spreading, he elaborated.

“We received help from Kota Tinggi District Office and the

village chief near Punggai as well.

“They helped to create buffer zones and a water trench using excavators as well as supplied us with enough food and drink for the duration of the operation, ” he added.