Tourism and retail stakeholders in Langkawi will be sending a petition to Prime Minister Tan Sri Muhyiddin Yassin to reconsider making cigarettes taxable items, saying the move would affect the economy of the duty-free island resort.

The petition was signed by 24 entities comprising non-governmental organisations, businesses and retail associations, trade groups, malls and hotels at a ceremony at a hotel.

Group spokesperson Ooi Cheng Keat said the stakeholders came together to voice their plight for the sake of tourism on the island.

He said the pandemic and movement control order had crippled Langkawi’s economy since March last year, adding that the island had not seen any improvement.

“We want the Government to address this matter urgently as Langkawi depends a lot on tourism as a source of revenue.

“Scrapping the duty-free status of cigarettes will affect traders and visitors may not have a reason to visit the island anymore.”

Ooi said stakeholders on the island were invited for consultations prior to the Budget announcement last year but their proposals were not entertained.

“Thousands of people in Langkawi have lost their jobs and many businesses had to close.”

Ooi said the move to implement the cigarette tax would affect the livelihood of more than 4,000 people in the tourism and retail industries of the island.

The group is also appealing for the current 48-hour stay requirement for duty-free entitlement to be reduced to 24 hours to encourage more tourists.

Currently, visitors who purchase non-taxable items in Langkawi need to be on the island for at least two days before they can take the items out.

The Government, however, delayed imposing a tobacco tax until March 31. 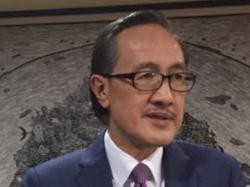