THE fast lane on both sides of the Penang Bridge will be reopened depending on the outcome of the investigation report submitted by Tenaga Nasional Berhad (TNB).

Plus Malaysia Berhad (PLUS) corporate, community and public engagement head Syed Mohammed Idid Syed Ahmad Idid said TNB was investigating the extent of damage to the structure caused by a power cable at KM3.2 below the Penang Bridge, which caught fire recently.

“While there is no structural damage on the bridge, we will have to see the report before reopening the 635m-long closed lanes on both sides, ” said Syed Mohammed Idid when contacted. 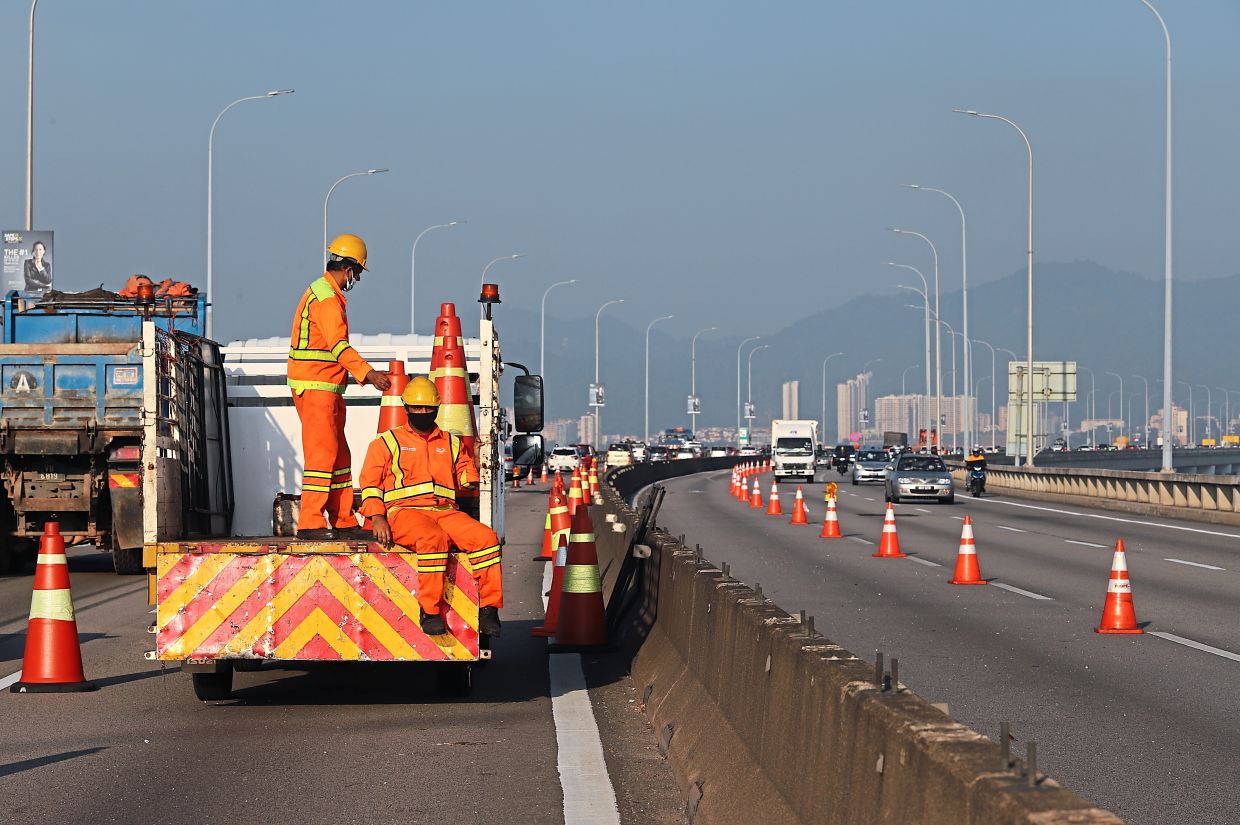 Workers cordoning off with cones the 635m stretch at KM3.2 where the power cable under the bridge caught fire.

TNB chairman Datuk Seri Mahdzir Khalid had said on Wednesday that repairs which were to begin the next day would take 119 days to complete.

He said TNB was still awaiting a full report from the Fire and Rescue Services Department.

The fire which broke out below the bridge on Feb 22 during peak hour caused a massive gridlock on the bridge on both sides for several hours.The fire involved a 132kV cable from the main entrance sub-station at Bukit Tengah on the mainland to Bayan Mutiara on the island. 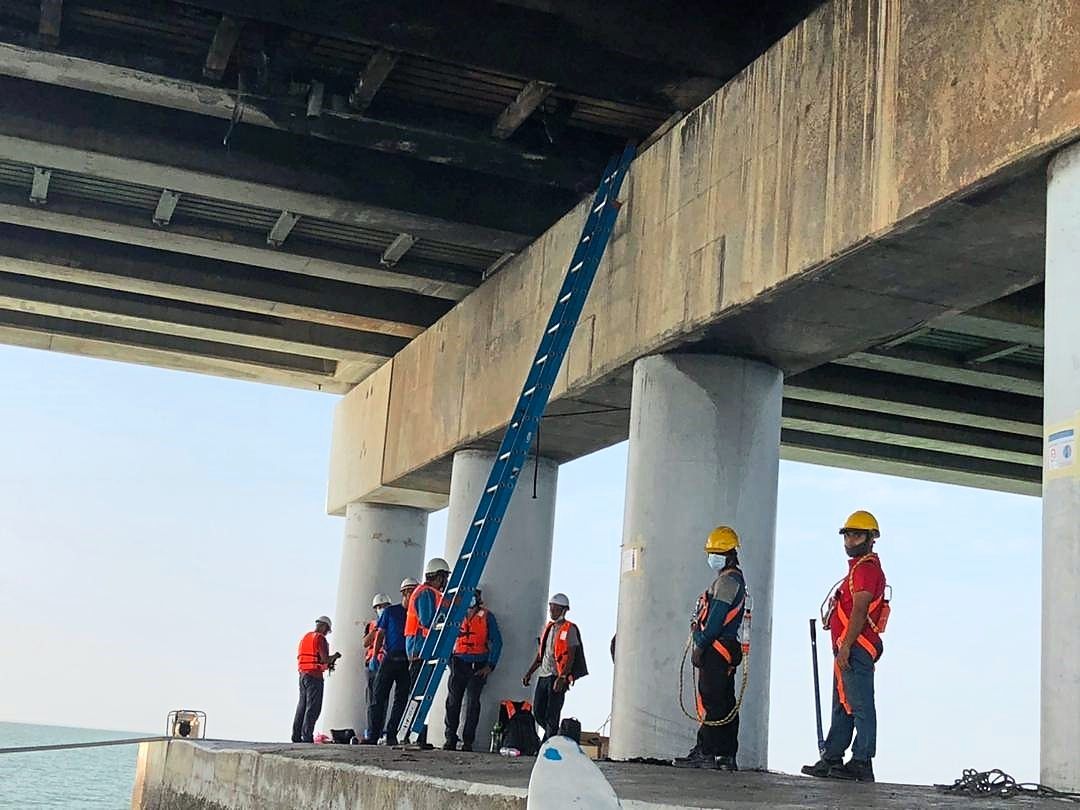 Meanwhile, the Fire and Rescue Services Department said it had completed investigations on the cause of the fire and had handed over the report to TNB on Thursday.

Its Penang director Saadon Mokhtar said no foul play was involved but said they would leave it to TNB to reveal the contents.

A TNB official said their personnel were still gathering data on the damage and work on the repairs would begin soon. 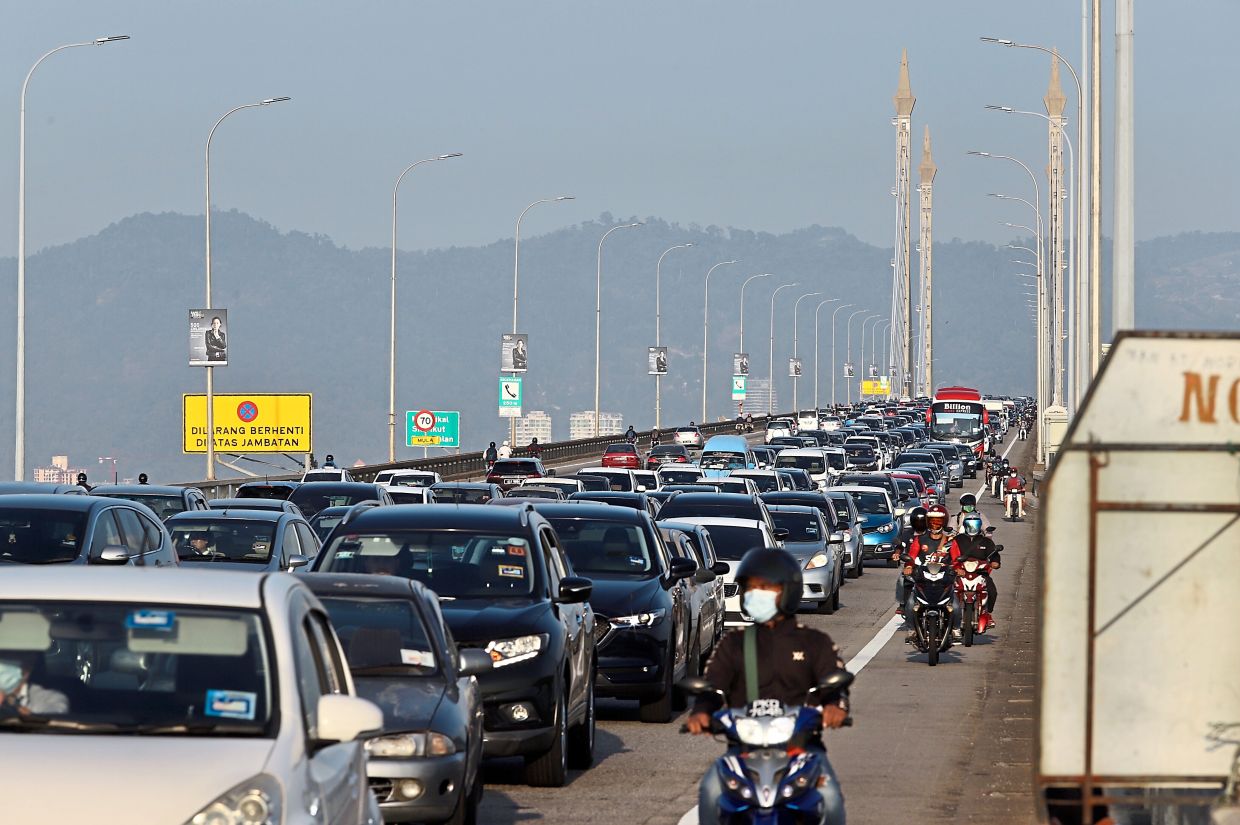 Motorists passing the section where the fast lane is temporarily closed on Penang Bridge.

During peak hours, traffic heading towards the island and heading toward Prai can be seen moving slowly due to cones placed along the affected stretch on both sides of the fast lane.

But there is no major gridlock on the bridge.

Penang Bridge , Plus Malaysia Berhad , PLUS 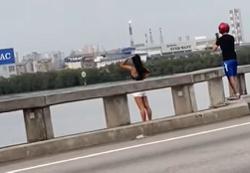