THE Federal Government has given the go-ahead to Penang for more than 6,000 of its council enforcement personnel to receive the Covid-19 vaccines under the first phase of the immunisation exercise.

“I have always said that our personnel from both the Penang Island City Council (MBPP) and Seberang Prai City Council (MBSP) must be recognised as frontliners in the battle against Covid-19.

“I am grateful that our suggestion for them to receive the vaccines under the first phase was well received by the Federal Government, ” he said during the state Local Government Induction Course 2021 yesterday.

Jagdeep also expressed his happiness with the latest development that a total of 80,336 doses of vaccine had been given nationwide, with a total of 2,914 doses given in Penang.

He said that as of Wednesday, the MySejahtera registration for the vaccine had reached 1.77 million across the country.

Describing it as good news, Jagdeep vowed to continue educating the public on the benefits of the vaccination.

“I hope everyone will register to receive the vaccines as soon as possible, ” he said, adding that he will be receiving his Covid-19 vaccine today.

Jagdeep said the state had also suggested to the Federal Government for all its MBPP and MBSP councillors to be in the priority group to receive the vaccinations.

Meanwhile, a Key Performance Indicator (KPI) for councillors of both the local authorities will be set up by the state government.

“Every meeting attendance, departmental programme, organisation of cleanliness programmes and the management of public complaints will be the three main components in the evaluation of KPI for each councillor in the state, ” Jagdeep said.

He said the implementation of the KPI system would ensure that each councillor would execute every task and responsibility well.

“Councillors should always be engaged and be more people-centric and it is a responsibility that should not be taken lightly, ” he said. 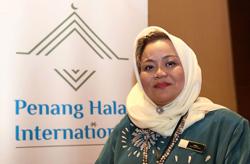