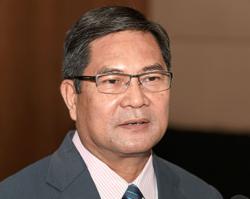 KAJANG Municipal Council (MPKj) is the first local authority selected to head a pilot project by Housing and Local Government Ministry to solve the problem of unwanted vehicles left on the roadside.

MPKj president Datuk Zulkefli Khalid announced this at the council’s full board meeting. In a statement, the council said that according to the Road Transport Department, vehicle ownership registration in Malaysia was 31.2 million units in 2019.

At the same time, the Transport Ministry had reported an increase of over one million new vehicles on the road every year.

Along with this is the worrying increase in the number of end-of-life (ELV) and abandoned vehicles that are left in back alleys, residential parking lots and even private plantations.

Based on public reports, the number of abandoned vehicles had now exceeded 60,000 nationwide.

“Public complaints on the increasing number of ELV and abandoned vehicles have also multiplied as these metal carcasses collect stagnant water and become breeding grounds for Aedes mosquitoes besides being nesting areas for wild animals like snakes, which can cause harm to surrounding communities.

The Environment Department (DOE) had issued special licences to authorised automotive treatment facilities (AATF) for the processing of ELV and abandoned vehicles so that data and information on engine fluids such as petrol, coolants, black oil and lubricants — which fall under the category of scheduled waste — could be monitored.

In Kajang, Car Medic Sdn Bhd, which obtained its AATF licence from DOE three years ago, was selected by the council to be part of this pilot project.

Prior to the setting up of the automotive recycling facility, Car Medic managing director Kwan Voon Ler attended a 21-day ELV training programme in Kanazawa, Japan.

“The recycling of ELV and abandoned vehicles includes retrieving reusable and repairable spare parts as well as draining and collection of engine fluids.

“The fluids will be collected by DOE-approved scheduled waste contractors for proper treatment and disposal.

“The more efficient the recycling operations, the smaller the percentage of waste that will be dumped at the landfill, which results in a better environment for everyone, ” said Zulkelfi.

Those who want to dispose of or report an abandoned or ELV vehicle, can call either MPKj or Car Medic. 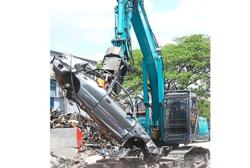