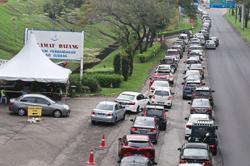 Derek getting a classroom ready at the school in Macalister Road, Penang.

DESPITE the Government announcement that international schools can reopen on March 8, one such school in Penang will be welcoming back just a quarter of its students for physical classes.

Its principal Derek G. Tegjeu said that 54 students from Year One to Year 11 would be returning to the classrooms.

Over 150 pupils will still be attending online classes when school reopens.

“As an education body, we wanted to move with changing times into the future so we began using online systems even before the movement control order (MCO) started. “This allows us to continue with both physical and online classes, ” he said when met at the school in Macalister Road on Wednesday.

Derek said that as the school was set to reopen on March 8, the staff members were busy preparing the classrooms for physical classes.

“We carefully sanitised each classroom and ensured there is enough space between each desk.

“But as most students are continuing online learning, the number of people in the classrooms can be kept at a minimum, ” he said.

At another international school in Jalan Sungai Pinang, 140 pupils from Year One to Year Nine will be attending the physical classes.

A staff member who wished to be known only as Tan said as the school did not have that many pupils, there would be no problem in following the standard operating procedures.

“Schools have already experienced several rounds of the MCO and went through rounds of opening and closing.

“Our staff members are all trained and experienced in handling the reopening. Everyone is prepared.

“We are confident that even if all 140 pupils return, we can handle it well.

“Sanitisation and cleaning work will be carried out at the classrooms and other areas of the school, ” he said. 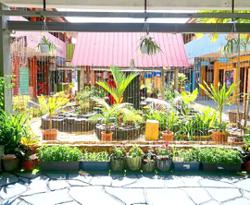 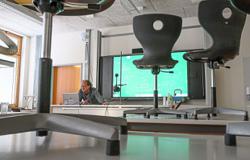