The new pump house in Teluk Kumbar will be operational in July. — Photos: ZHAFARAN NASIB/The Star

AT least 80% of the flooding woes of folk in Kampung Nelayan, Teluk Kumbar, Penang, is expected to be solved once a new pump house is completed and the bridge in the area is upgraded.

However, until the RM10mil flood mitigation project is completed, the nearby Gertak Sanggul Road will be closed.

Bayan Lepas assemblyman Azrul Mahathir Aziz said the road would be closed for six months from March 6 to Sept 6 as upgrading of the bridge and movement of heavy vehicles and machinery would pose a risk to people in the area.

“The present bridge has to be demolished and a new one will be built as the old structure is disrupting the flow of water, ” he said at a press conference after visiting the site in Teluk Kumbar recently.

“The blockage has resulted in accumulated rubbish in the river.

“There are about 21,800 residents in the area and the project can at least reduce the flooding to once or twice a year compared to four to five times now. 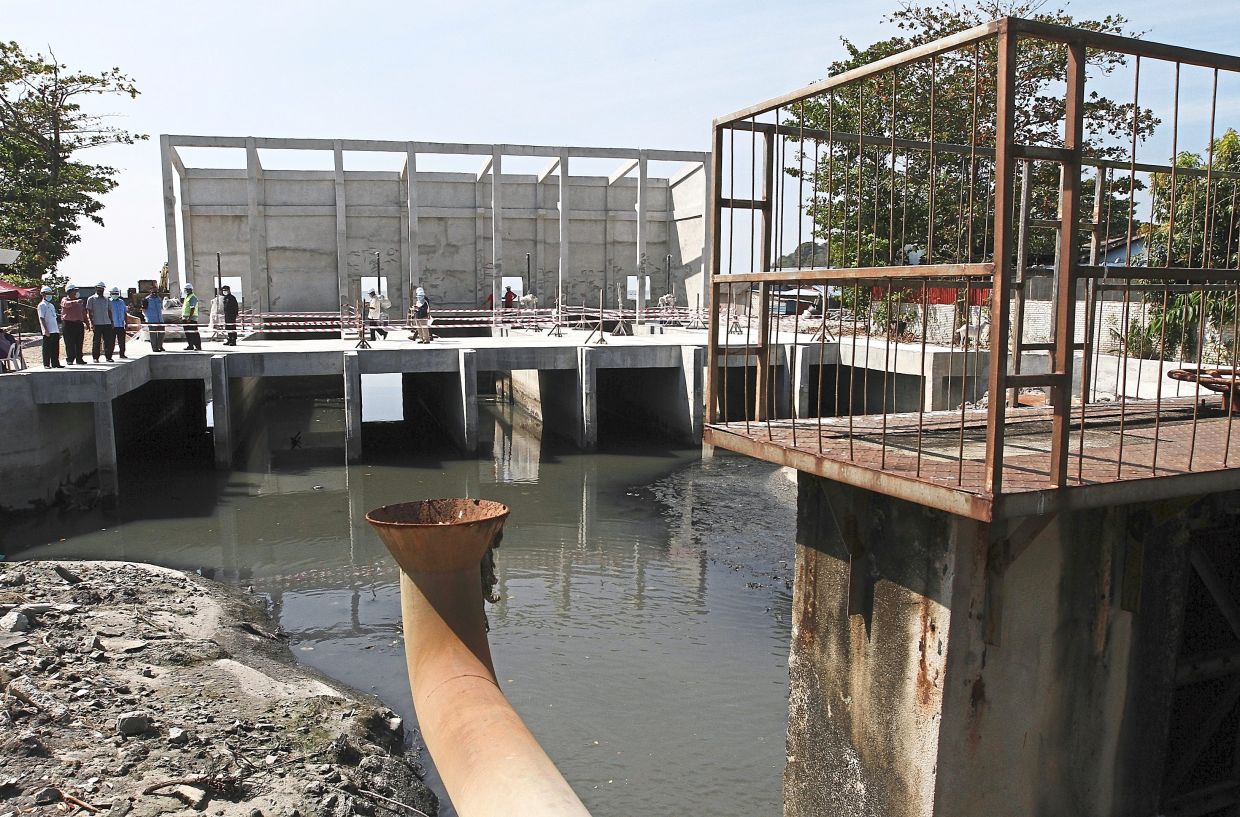 The other side of the new pump house with the old one in the foreground.

“The alternative routes will take them only an additional three minutes.”

The first two months of upgrading work will involve the diverting of water pipes plus Tenaga Nasional Berhad and Telekom Malaysia cables.

The remaining four months of work will involve the building of a concrete bridge, strengthening of riverbanks and re-tarring of roads.

“The new bridge, measuring 12m long and 12m wide with a height of 3m, will create a better flow of water to the pump house and reduce flooding, ” said Azrul.

The pump house structure has been set up and installation work will be completed between April 5 and April 26 this year.

The pump house will be operational from July this year.