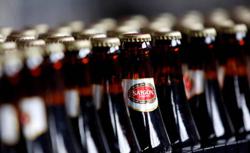 KUALA Lumpur City Hall (DBKL) will leave it to the National Security Council (MKN) to clear the air over the confusion surrounding the sale of alcohol in restaurants during the movement control order.

DBKL executive director (Socio-Economic Development) Anwar Mohd Zain (pic) said MKN would be making things clear on the subject as there still seemed to be a lot of confusion over the issue.

“I have been told that Senior Minister Datuk Seri Ismail Sabri Yaakob will make an announcement soon on the matter as there are many who are still unclear about the correct SOP on the sale of alcohol in restaurants, ’’ said Anwar yesterday.

“There will be a meeting on the subject and hopefully, it will clear things up on the issue once and for all.’’

He was commenting on the claims that bars and restaurants in Bangsar, Kuala Lumpur, were ordered by the authorities last Friday to stop serving alcohol, failing which the outlets would face a hefty fine.

However, the police later permitted the food and beverage establishments to serve alcohol but bartender service was not allowed and the bar counter must remain closed.

Kuala Lumpur police chief Comm Datuk Saiful Azly Kamaruddin told The Star that only restaurants were allowed to sell alcohol during this period.

Premises with restaurant and bar licences cannot open their bar counters and must keep them closed as per MKN’s instruction.

“I believe this is just a simple misunderstanding and there are some who are unclear about the SOP as it is a licensing matter, ’’ said Anwar.

“A restaurant with a liquor licence can sell alcohol, ’’ he said.

“However, a pub or a nightclub cannot operate at all during the MCO even though they have a liquor licence.

“It is easy to be confused if you are looking at a restaurant with a bar setting, but the establishment is not actually a pub or a nightclub, ’’ he noted.

He explained that restaurants were allowed to operate because it was easier to put in place standard operating procedures regarding seating, whereas it would be very difficult to practise physical distancing in nightclubs and pubs.

Meanwhile, a coalition of 78 trade groups under the Industries Unite banner held a conference meeting on Tuesday with officials from the International Trade and Industry Ministry, Domestic Trade and Consumer Affairs Ministry, Health Ministry and the police to seek better clarity on enforcement of SOP in the retail sector.

The group representing 3.3 million small and medium enterprises also raised matters such as restaurant capacity, the number of people allowed in a restaurant and prevention of overcrowding in the premises.

Industries Unite co-founder Datuk David Gurupatham said he brought up the issue of alcohol sales in restaurants and the police had clarified that restaurants were allowed to serve alcohol along with food.

“Entertainment activities such as live music, bands and deejays are not allowed during the MCO.

“On our part, we need to continuously practise the SOP.

“We admit that there are some in the industry that do not follow the SOP and guidelines properly.

“We hope that everyone will follow the guidelines and not flout the rules, ’’ David added. 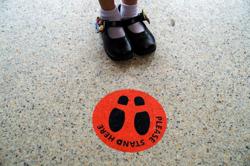