Shape up or face lockdown 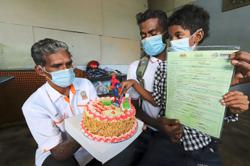 IF CERTAIN factories in Penang do not enhance Covid-19 precautions, the state may have to resort to targeted measures to ensure their cooperation.

“Flatten the curve or face possible premises or area lockdown.

“The retail and hospitality sectors, including petty traders and micro-entrepreneurs, have suffered the brunt of the movement control order despite causing only a small percentage of cases.

“Other factories are affected through close contact of their workers. It is unfair that those few factories (with Covid-19 cases) still operate and escalate the spread, ” he said in a recent press statement.

Abdul Halim called on the Federal Government to adopt a targeted approach and focus on those few factories.

“Continuing with the blanket lockdown will only anger Penangites further, ” he stressed.

On another matter, Abdul Halim gave assurance that a recent demonstration by Indonesian workers in Batu Maung would be resolved amicably.

“l visited Skyview, the workers’ hostel that houses about 3,000 workers in Batu Maung, when there was a demonstration by Indonesian workers.

“We are in contact with Bambang Suharto, Consul-General of Indonesia to Penang, on the issues, ” he said.

It is learned that at 10pm last Saturday, several hundreds of the workers staged a demonstration at the hostel, because they were not allowed out to buy essentials, even though National Security Council did not impose the enhanced movement control order on the hostel.

of the employers and hostel management to resolve the issues. 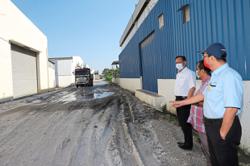